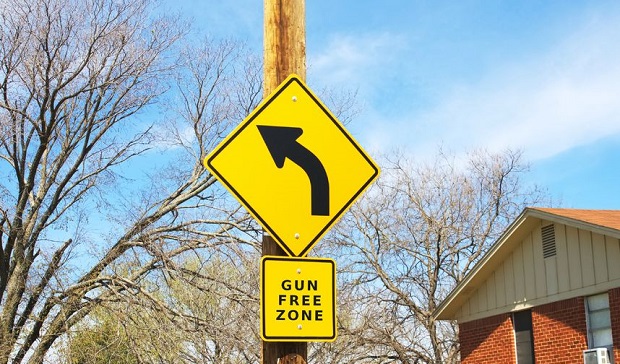 The Enduring Legacy of Gun Control

Of all the groups of people harmed most by gun control, none are as obvious as children. Not only are children senselessly murdered in gun free zones, kidnapped and tortured, the anti-gun movement hides behind the innocence of children and uses them as emotional triggers.

If we are ever to liberate our nation and the world from the waste and horror caused by gun control, we must have clear understandings about how these laws hurt children, and how we must change not just our government, but global governing bodies as well.

Did you know that the very first modern day massacre of children happened in a gun free zone and was carried out by a child?

In less than a year from the passage of the amended Gun Free School Zone Act, Barry Loukaitis murdered two classmates and one teacher. Barry was just 14 years old, but he ushered in the era of children murdering children with the blessing of the federal laws and other gun control laws across the nation.

This and other cases of children (under age 21) murdering children in gun free zones right here in the US include:

Aside from every one of these murders happening in a federally mandated gun free zone, let us not forget that, according to federal law, in almost all cases, it was also illegal for these children to have guns. No matter whether children murder children, or adults murder children, the fact remains that one law, two laws, hundreds of laws will not stop that tragedy from happening.

The fact that there was no one on the premises of these schools with a gun created more bloodshed, more ruin, and more horror.  In every case, it required police, who had to get to the school, and then to the suspect before the rampage could be stopped WITH A GUN.

It is a universally known fact that the person on the scene first is going to be the one most likely to accomplish their agenda. When murderers want to be the first on the scene so that they can carry out their sick acts, it is patently obvious that they have picked, and will continue to pick gun free zones.

If you think the loss of innocent lives in schools and other gun free zones is a horrific nightmare, then you may not realize much worse may be going on right in your back yard or up the street.

You see, while your children sleep, eat, and play in a home secured by loving, armed, and vigilant parents, other children are not so fortunate. These children are at the mercy of a system that doesn’t allow the parents to have guns because they are living in Section 8 housing, or some other law was passed to disarm people group by group.

And, as you may well know, many of these parents are poor to begin with because the very same people that promote gun control are also the ones  driving our jobs overseas and taxing our nation to death.

If that’s not a disgusting way of using money to disarm the nation and violate our Second Amendment rights, I don’t know what is!

Since 2007, a whopping 22% of recognized countries in this world have experienced one or more terrorist attacks at the hand of radical Islamic terrorists, and most of those countries had more than one attack in any given year. To make a list of all the children murdered  in these attacks and point out all of the places with strict gun control is a heartbreaking exercise.

For the moment, let’s focus on 3 of the worst terrorist tragedies overseas involving children slaughtered in gun free zones or nations with strict gun control.

Two of the worst massacres of children at the hands of radical Islamic terrorists occurred in Nigeria.  The first occurred on December 13, 2014, and was carried out by Boko Haram.  At least 35 people were murdered, and almost 200 women and children are missing to this day.  According to the country page for Nigeria at gunpolicy.org, this country is listed as “permissive” insofar as gun rights.

Unfortunately for the anti-gunners, anyone with half a brain that clicks on the citation for that will see that the article quoted was published in 1969.  If you scroll down and look a the  more modern information, you will see that Nigeria is a textbook example of what gun grabbers want to do to this country.

When gun control was imposed on Nigeria in 1990, it became illegal for citizens to own machine guns, hand guns, and “military rifles”. This situation shows so clearly how gun laws only serve to limit non-criminals such as the innocent men, women, and children that were left at the mercy of well armed terrorists.

To add insult to injury, not one father, not one mother of these missing children has a gun with which to defend themselves from future attacks. It is no wonder that Boko Haram and other terrorist organizations are sitting back laughing as they rape these girls and torture them. Not only did they get away with it, but they know they can get away with it over and over again in every country and area where gun control makes it impossible for people to defend themselves.

Perhaps it should come as no surprise that Boko Haram, did, in fact, strike twice at the children of Nigeria. This time, they didn’t just “hit and run”.  Beginning on January 3, 2015, and ending on January 7th, Boko Haram once again thumbed their noses at gun control after overrunning a military base. Once the only viable guns in the area were neutralized, Boko Haram slaughtered thousands, including innocent women and children.

No matter how much the governments try to reduce the numbers with conflicting fatality reports, the fact remains that 17 towns are gone, and thousands of people remain missing. Clearly, if the people of these villages had guns, we would have far more terrorists laying around dead. When it comes to the harmful impact of gun control on children, Nigeria is one of the best cases because it clearly shows the opportunistic nature of terrorists and how they will strike again and again at any area they see as weak.

An elementary school was attacked on December 16, 2014, resulting in the murder of 132 children.  In order to stop the bloodshed, the Pakistani military had to intervene in order to save almost 1000 more lives.

According to the country page for Pakistan at gunpolicy.org, once, Pakistan is also  listed as “permissive” insofar as gun rights. On the surface, civilians are allowed to own just about any kind of gun, however, all guns must be registered with the government. Unfortunately, this link fails to show the truth about how gun control helped murder those 132 children.

You see, in Pakistan, schools are gun free zones, just as they are here in the United States. As with every other nation on Earth, terrorists will attack and kill in any building or location where they know law abiding people won’t be carrying guns, because they know they can get away with it. Even though Pakistani forces eventually caught the terrorists that attacked the school, there is no bringing those children back, and every terrorist planning an attack knows gun free zones are the best places of all to spread terror and fear.

So What Do We Do About “Gun Violence”?

If there is one thing we can all agree on, it is that the murder of innocent children must stop. I would certainly love to believe that a law restricting guns could fix all of this, however the test of time and case after case proves that laws will not solve this problem.

If children aren’t slaughtered with guns, they will be slaughtered with trucks full of fertilizer, poison gas, and anything else that terrorists can get their hands on. From that perspective, I feel the answer cannot be found in limiting the rights of citizens. Rather, the answer is found in expanding them.  Here’s what I feel would reduce “gun violence” and the slaughter of children here and around the world:

Far to many people today have been brainwashed into believing that guns are only of use in a gunfight. Nevertheless, even in the recent terror attack in Nice, France, the police had to use guns to stop the slaughter of innocent people.

Guns can, and are used to stop terror attacks and crime sprees of every kind, regardless of the weapons used by the attacker. When guns are only in the hands of the police and military, it is the children that suffer.

As we have seen in the US, France, Germany, Pakistan, Nigeria, and every other nation on Earth, guns aren’t going to magically disappear because laws are made against them. The only thing that disappears is personal safety and the safety of our children.

In this election season, Donald Trump is the only presidential candidate willing to give even a slight inkling of how dangerous the “gun controlled” world is. He is also the only candidate willing to get rid of “gun free zones” and admit that they are worse than a failure. Even if you disagree with Trump on everything else, this one issue is the most important litmus test of all.

No nation can be free of crime and terror when citizens are disarmed. No child can be safe in a school not guarded by guns. Shameful as it may be, this is the condition of the nation and world we live in today. To deny that for the sake of gun control, I feel, is the kind of ignorance and selfishness that lead to the destruction of us all.

Each time you hear different, just look at the growing list of terror attacks throughout the world and their magnitude and let your own eyes be the judge of just how serious these problems are.