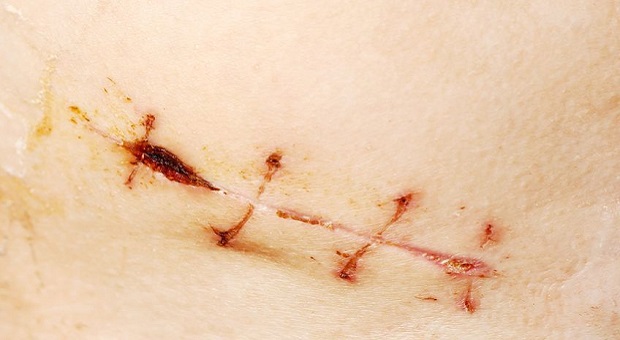 Caring For The Wounded: 5 Techniques You Must Know!

We live in an era where safety isn’t a given, where there are evils in our world that have designs on attacking us, and where simple things like food and clean water depend on a complicated linked chain of events that could fall apart if even one link in the chain is disrupted.

And we won’t always have advanced notice or we’ll have the same notice as everyone else and there will be a mad dash to the grocery stores and pharmacies, with a good chance that what you need will be something the stores are all out of.

After the disaster, trauma will account for 70-80% in the acute phase. After that, during the next phase in the second part of survival, the proportion will probably reverse, 70-80% of chronic diseases will gain importance, and 20% will be trauma-related. How many of these trauma could you handle by yourself if there is no doctor around?

That’s the reason you need to learn at least five medical techniques, which are clearly described in the following article.

1. How to Stop Bleeding

You need to know the difference between venous and arterial bleeding.

The bleeding may be large, medium or small, but in the vast majority of cases, (in 80% of them) the bleeding stops through compression. You must have patience and time. Press down on it for 3 to 5 minutes and it will stop eventually. Blood in contact with air and in contact with interrupted tissue normally coagulates naturally.

If blood doesn’t coagulate, that means the patient is suffering from liver problems and you can’t expect that bleeding to stop, it will continue forever or until the patient bleeds out. If you suffer from liver problems, if you have clotting problems, or if you’re a patient on anticoagulation medication, you should wear some sort of medical ID that will let first responders know that; it could mean the difference between living and dying. 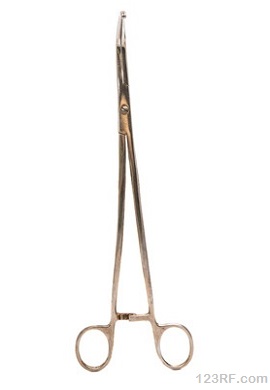 Double-tie or even triple-tie the knot so that there’s less chance of it coming loose. You’ll need scissors with which to cut above the knot, but not too high up.

There is one thing to keep in mind when you tie a knot, when pulling thread to the left and to the right, the thread must form a straight line, with the vessel exactly in the middle, it mustn’t form a triangle or a crooked line.

Practice these things in advance, on a leg of pork for example.

The surgical clamp is necessary because it makes it possible to grab the tissue and move it aside, because you always have to see everything. You need bandages, because the flowing blood obliterates your field of vision. When you can’t see where the blood comes from you move the tissue with the bandage to help absorb the blood so that you can see. Once you can see where it comes from, that’s where you attach the clamp.

For those who are not clearly informed and can’t do this, the simplest thing is to place bandages on the area and apply pressure for 5 minutes. During this time, don’t release the pressure even a little bit, even to see if it’s still bleeding. Hold down for 5 minutes and if it hasn’t stopped by then, apply pressure another 5 minutes, and it usually stops.

You can also apply a pressure bandage. Tie it tight, but not so tightly that blood can no longer flow from that point down, and it should stop. Once you get the bleeding under control, the wound – no matter how large it is – can be treated.

You need to differentiate between a new and an old wound. In the first 8 hours, the wound is new and you have many treatment options. Everything over 8 hours is considered old. Old wounds are no longer stitched and are no longer closed, no matter how big they are. The body heals without the stitches or closing, but it takes more time, perhaps even months. Still, they will close, with the only condition that they remain clean.

Why don’t you close an old wound? Because it’s considered contaminated. Enough time has passed for many bad bacteria to enter the wound from the outside environment. Some of these include Golden Staphylococcus, Streptococcus, and MRSA, (which stands for Methicillin-resistant Staphylococcus aurous really bad strain of Golden Staphylococcus that developed a resistance against antibiotics).

You can get these from the hospital and from environments that you usually come in contact with, especially through fecal-oral or fecal contamination, namely from your own stool. Germs are everywhere so the takeaway lesson here is that if you get a wound, get it treated immediately in order to have the best treatment options and prognosis.

Burns are cleansed with a commercial wound cleaner that comes in a spray bottle and should be in your stockpile. The idea is to get off any debris or ash from the burn and to prepare it for covering with bacitracin and gauze.

Lacerations, abrasions, and puncture wounds can be cleaned with commercial wound cleanser.  In the absence of that, use betadine swabs to gently clean the wound, getting off debris.

If you have none of the above, just use a mild soap and water, wiping the wound with gauze to clean off any debris. Then rinse with clean water so you can suture the wound or cover it, depending on its nature.

Suturing the skin can be tricky because it involves a curved suture. Technically, in a bind, you could suture someone with a sewing needle and sewing thread but they aren’t sterile and you can’t be sure it won’t get infected. Sterile curved needles work the best.

Use the lidocaine and fill the syringe to about 3 cc or more if necessary. Inject the lidocaine all around the wound, entering the tissue beneath the skin as you inject. This hurts less than injecting the lidocaine by puncturing the skin. Save the excess in case you missed a spot. Be generous with your lidocaine.

Take the suture holder in hand. It looks like a scissors but has a pointed device for clamping the needle in its jaws.

Hold the handle in your hand like a scissors but don’t put your fingers in the holes. Clamp the curved needle in the holder about halfway along the curve.

Use the curve to your advantage as you connect one side of the wound to the other. When you’ve made one stitch, tie it in a knot, sparing as much suture as possible. Then cut the suture so the sutured knot is about an eighth of an inch long above the knot. Continue every quarter inch or so, making individual knots until the wound edges are approximated. Do your best when it comes to flap lacerations, curved or jagged cuts. There is only so much you can do.

You can place Steri strips half a centimeter apart or you can lay them side by side. The scar looks nice and you don’t have any stitch holes to scar. You can stock up on as many steri strips as you want because they’re not expensive (less than $2) and you can clean on top of them afterwards.

5. How to Keep a Wound Clean

The biggest danger of a wound is to reach the necrotizing fasciitis phase (fascial necrosis).  Bacteria that is commonly anaerobic (it doesn’t need oxygen to feed) enters and finds a patient who has a poor immune system. This could happen for several reasons: liver issues, obesity, diabetes AIDS, alcoholism, or maybe the patient is old and no longer has as much immunoglobulin.

Bacteria find a perfect environment to develop and in a few hours they eat almost everything above the muscle and beneath the skin. It turns everything into necrosis, so it’s dead tissue. The bacterium works so fast that you can’t stop them. You need a doctor. How can you recognize this? You get those general symptoms of malaise, listlessness, fever. It doesn’t hurt, but you can touch and it feels like snow or crepitation. It is the most dreaded infection, but it doesn’t happen to everyone.

You’re also partly to blame because you have no immune system, because you didn’t go to the doctor to take care of yourself and see what other problems you have. Also, if you overeat, drink too much, or otherwise treat your body poorly, you’re setting yourself up for infection if you get hurt.

In conclusion, keep the wound clean. You don’t have to build a German Panzer on top of it; you don’t need a tank of a dressing. Keep it aerated and clean, and as long as it’s clean, it heals on its own. Look at the wound the next day and check to see if it’s okay before you wash it and remove all the dead or black tissue. It shouldn’t hurt, nor bleed. If it bleeds and it hurts that means it’s alive, so you don’t have to cut it off.

These are some of the basic medical techniques that you need to survive a medical emergency. Click on the banner below to find our how you could get more of this knowledge straight from the source.

This article has been written by dr.Radu Scurtu for Survivopedia.

DISCLAIMER: The data contained in this article are for informational purposes only, and do not replace by any means professional advice.

Radu is a general surgeon, and the author of "Survival M.D." medical guide. He lived and graduated from medical school in Romania, and he was trained outside the 1st world comfort zone of unlimited supplies and technology. Then he moved to work and live in Germany, one of the world's leaders in medicine.

Post a Reply to Caring For The Wounded: 5 Techniques You Must Know! – The Prepper Dome Cancel Reply