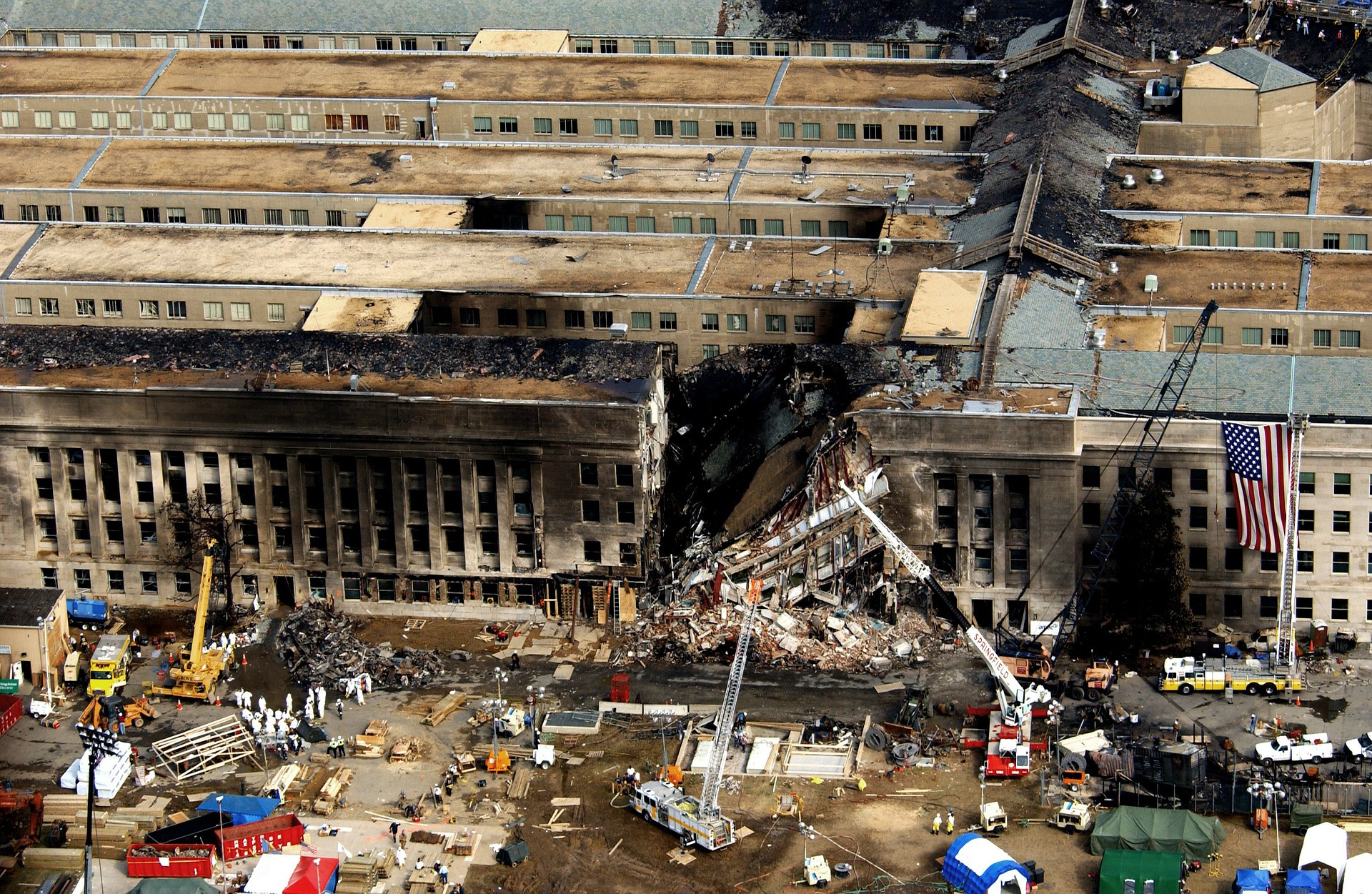 Urban Survival: There Are New Dangers In Town

If there is anything that 2015 should be known for, it’s the increased danger that has risen up in this year. What started out as a fairly normal year has been marked by a number of events, all of them violent and all of them demonstrating that things aren’t going to continue the way we’re used to.

If anything, as nothing has been done to counter any of the urban violence in 2015. Some of which traces its roots to earlier in Obama’s reign.

Much of the urban violence of this year can be laid at the doorstep of the White House, with the policies and rhetoric of Barack Obama being their direct cause. Yet, as usual, Obama refuses to accept any responsibility for his actions or even acknowledge the true causes of the violence. Instead, he blames everything on the “radical right, the GOP and the NRA; claiming that all the violence is their fault.

The one shining light in all this is that Obama is continuing to be the firearm industry’s number one salesman, regularly spurring sales by his rhetoric and threats. The greater number of firearms in the hands of American citizens and the greater number of Americans who own those firearms is a protection to themselves, their families and society in general.

Of course, Obama, ever the liberal idealist, is still trying to do everything within his power to keep those firearms out of the hands of American citizens. He spouts off the usual liberal talking points about how the easy availability of firearms spurs violence and how taking firearms off the street will cause the bad guys to give up theirs.

While that might sound good in a college classroom or in a purely theoretical discussion, the real world doesn’t work that way. The only protection for us is to be ready to protect ourselves.

Fortunately, more and more police chiefs and sheriffs are coming to this realization and publicly declaring their support for an armed citizenship and the rights for citizens to carry concealed. They recognize that they are unable to protect the public from violence, under the restrictions of current laws. So, they encourage citizens to become armed and trained to defend themselves.

There’s really no telling where this will go, but I think it’s fairly safe to say that the days we once knew, when children could play safely in the streets and women could push baby carriages in the park are fading away.

While an armed society may be one which is able to protect itself, criminals will only be deterred so long. Their very natures will eventually cause them to take the risks, even knowing that they might themselves be the ones who are shot. Carrying that to its logical conclusion, it would appear that criminals will become more violent, in order to stay in business. Taking guns away from honest citizen won’t do a thing to stop crime, but may actually cause a rise in violent crime.

So, what are the risks we face?

There is no question that radical Muslim terrorism is on the rise on a worldwide basis. Nor is there any doubt that it is on the rise here in the United States as well. The recent attack in San Bernardino, California was an act of Islamic terrorism. Even the liberal left is having trouble buying Obama’s assurance that this had nothing to do with Islam.

ISIS is on the rise, regardless of what the Liar in Chief says. They have claimed to have soldiers here in the United States and are actively recruiting more. With their avowed goal of taking over the world to be part of their caliphate, there is no question that they will continue the attack.

If anything, the weakness of the current administration is encouraging ISIS and other Muslim terrorist groups to continue growing and attacking. While Vladimir Putin is following through on his threats, attacking ISIS strongholds and killing ISIS soldiers, Obama is pretending to attack them, while secretly supporting them and their kind.

This puts the United States in a very precarious position, as it is the power vacuum in the Middle East which gave rise to ISIS in the first place. If they sense weakness in the United States or even in our leadership, they will increase their attacks, in an attempt to take us over.

The racial unrest in this country has increased at least 20 fold under Obama’s reign. His inflammatory rhetoric emboldens black “activists” to attack their cities, burning and looting under the name of “protest.” Demands from these black activist groups grow month by month, mostly based on fantasy, wishes and an attitude of entitlement.

When groups like Black Lives Matter and the New Black Panthers don’t get what they want, they respond in violence, as we’ve seen in a number of cities. While there are legitimate protesters amongst the black population, these groups always seem to get involved, along with their song leaders, Al Sharpton and Jesse Jackson. Their song calls for more violence, rather than the song of Martin Luther King Jr, which called for peace.

It appears as if certain factions, including Sharpton and Obama want a racial civil war in this country. If they truly do, then they are fools, considering the small percentage of the overall population that is black. Such a war would be disastrous for them, regardless of how violent they wanted to act. They are so far outnumbered, that they would lose.

Yet, it appears that these black organizations aren’t going away, nor are they going to be silenced. They are continuing their game, seeking to cause more unrest and threatening more violence.

Events like the Sandy Hood shooting and others in gun free zones continue, because the root cause of those shootings are not being addressed. Each and every time, the shooting is blamed on guns, right-wing extremists and the NRA. But when it is investigated, they discover that the event was a left-wing liberal who was mentally unbalanced and looking for their moment of fame.

These shootings will continue until two things happen. The first has to be the elimination of their target areas. Gun free zones are ideal for their purposes; giving them a free-fire zone, where they don’t have to worry about anyone shooting back at them. But when the intended victims are allowed to shoot back, these shooters either turn tail and run, or more commonly take their own lives.

Arming and training our teachers would go a long way towards solving this problem. The other issue that has to be dealt with is a mental health one. Medical science needs to determine what makes these killers tick and develop the means to test for those characteristics early. Only then can they be stopped.

From what I understand, these men have been taught that this is their right and so they are only carrying out what their religious leadership has taught them to do. As long as they are going to continue teaching in this manner, these men will continue to rape, like the uncivilized barbarians they are.

Where does this supposed right come from? It is because the women they are raping are infidels. In their eyes, they are beneath contempt and worthy of nothing more than their scorn. Coming from countries where they can’t even see a woman, because the women are covered in burkas, they consider western women to all be whores and treat them as such.

These are the same people that Obama is importing into this country as “refugees.” While I have yet to hear of the gang rapes and other acts of violence from these thugs, I am sure they will be happening. The first of the Syrian gang have just arrived, so it probably won’t take long before they begin.

The Latin American “children” that Obama was importing into the country are another source of violence. His refusal to stem the tide of illegal immigration has opened the door to countless gang members and criminals coming into the United States from Mexico and Central America.

Some of these are confirmed criminals, both in the United States and in Mexico. Even after several convictions, they are still on the streets, raping, killing and stealing. Yet, because they are illegal immigrants, apparently our law enforcement community isn’t allowed to deal with them. They all seem to have a “get out of jail free card.”

Our cities are turning into urban jungles. They remind me of something I once  read in a Robert Heinlein novel, where ordinary people couldn’t go out on the streets without armored cars, body armor and bodyguards. Sadly, this is where our country seems to be going.

It’s not just the big cities, either. Both the terrorist attack in San Bernardino and the one in Garland, Texas were in cities of slightly over 200,000 people. That’s mid-town America, not the big cities. So, we can no longer look at this as only a big city problem.

It’s now an American problem, and before it is over, there’s a good chance that it will touch each and every one of us in some way.