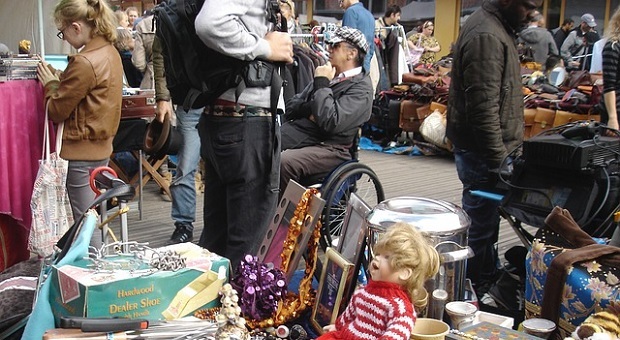 Why Starting A Flea Market Can Help You Survive Crisis

If the world as we know it ceases to exist, things are going to change drastically. Money will likely become useless, so trade is going to be the way to go. It will start with neighbors trading goods, but that won’t be enough.

Starting a flea market will be a fabulous way to provide an organized place for trade and will have benefits for you as the owner, too. Even if you don’t want to wait until SHTF to start a flea market, there are still a ton of advantages.

Best of all, it doesn’t require a ton of effort on your part after it’s up and going.

Starting a flea market today is an even better idea than waiting for a collapse because when that happens, you’ll already be established.

First, let’s start with discussing some of the reasons WHY you should start a flea market.

Starting a Flea Market is Profitable

After you get it built, your major expenses are over. We’re not talking about building one of those huge, indoor flea markets that sell junk made in China; we’re talking about an honest-to-goodness old-school trade place.

In our current economic system, you’ll be able to charge cash per booth. If the social structure collapses, you can take payment in the form of goods. Rental fees range anywhere from $50 per day to over $200, depending on location and anticipated sales. If you’re renting out say 50 booths, you’re making $2500 – $10,000 per day!

Of course, you’ll have to pay some of that out if you’re providing electricity or water, but you can always tack on a set fee for vendors that need access to that. Finally, you’ll have to make repairs, but if you set the booths up simply, this won’t be much of an expense.

You’ll also have to pay The Man his cut for now, but still, you’ll make a pretty good living.

If our economy shifts and money becomes worthless, you can always collect your fees in goods or services. Even if you’re completely self-sufficient and live off the grid, there will still be some goods that you won’t have or projects that you may not be able to do by yourself. If you end up with too many goods, you can always turn around and use them for trade yourself.

How to Make Money From a Flea Market

You can make money by charging per booth, which is recommended, or by taking a percentage of sales. In this case, you’ll have to depend upon each vendor to be honest with you, and we all know how that works. 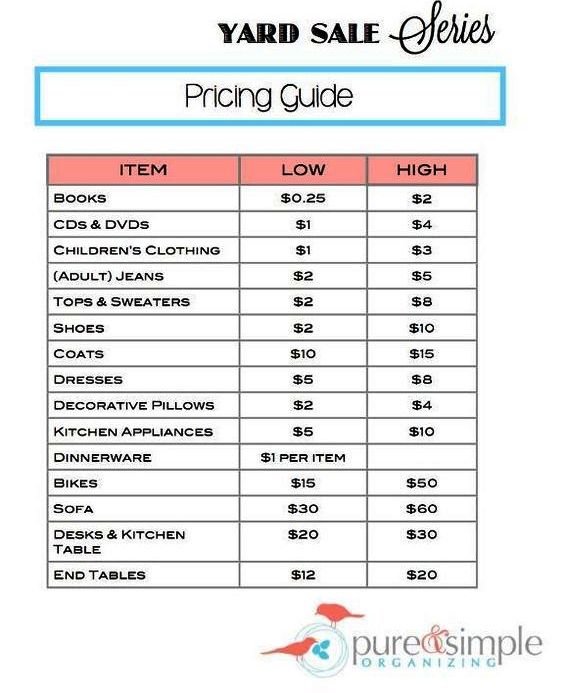 I’m not being pessimistic; it’s a fact of life that people don’t want to spend any more than they absolutely have to, and cash sales can simply disappear into the vendor’s pocket even if you base what they owe on cash register receipts. So it’s best to charge per booth.

One of the local flea markets that I attend also charges a small entry fee to customers. It’s only $3, but that adds up, and most people don’t have a problem paying that.

How to Build Your Flea Market

Right about now, you’re probably saying, “But I only have a couple of acres and no space large enough to build a flea market. I’ve got some good news: you don’t need 50 acres of empty land to start a flea market. As a matter of fact, my two favorite flea markets are actually located in small spaces.

They’re actually more like farmer’s markets, but yours will be too, especially in a post-SHTF scenario. One of my spots is located in front of a community center in a space that’s maybe 1/4 acre. There’s no electric or even structures. Each vendor brings a canopy and a table or 3. They set up their own space and that’s all there is to it.

My other favorite spot is located in the center isle of a big barn. There is about 100 feet between the stalls and the horses are turned out during the day. Again, vendors bring their own tables to set up on. There’s power to the barn but none to the vendor area. They’re just basic, empty spaces that the vendor may use as he sees fit. It’s too easy really.

If you’d like to get complicated, which we don’t recommend, build a large, covered building similar to a barn. You can get as fancy as you want; if you want to build separate stalls or areas, you probably want to make each vendor are at least 12×12. Build walls between each area if you want to. If you’d like, you can run electric to each one.

If you’re shooting to open a flea market that’s low-cost and will be functional after a SHTF scenario, it seems logical to keep it simple. If you have a quarter of an acre that’s accessible and has enough space for some cars to part, then you’re in business. If the area is shady, even better. You can use a large canopy or tent or just open your area to vendors and let them set up their own areas.

Having a public bathroom, even if it’s only a porta-potty, is a good idea and may be required by local codes. Of course, in a survival event, this would just be a courtesy and one that you may not be able to offer.

You need to get the word out about your flea market/farmer’s market. The easiest way to do this is to go to another farmer’s market and speak to the vendors. Many of the ones in my area only happen once monthly, so vendors may be glad to hear that there’s going to be a new one opening up, especially if it’s in an area convenient to customers.

Another way to get the word out is to network with local providers; people that you know sell their products individually such as beekeepers, farmers, candle or soap makers, meat or egg vendors that sell on a person-to-person basis, and other people who you think may contribute positively to your market.

Post ads at local feed stores, farm equipment stores and other places that you think will attract people who may be interested in being a vendor. After you’ve attracted enough vendors, set a date and advertise the opening in the same places that you looked for vendors.

Think about other places that potential customers may visit: horse shows, livestock events, health food stores, herb shops, antique stores, pet stores, and any other place that may possibly net you customers. Use signs near your place. Advertise on online places such as Craigslist and Freecycle, and consider building a small website.

If you start your flea market/farmer’s market now, you’ll have the advantage of already having an established gathering place for people who are already preparing for hard times.

Beekeepers, farmers, soap makers, jewelry makers, and other people who have survival skills already in place will know about you and the transition to using your flea market as a place to trade will be a no-brainer.

People tend to talk too, so those who have skills but aren’t really using them now will need a place to market their goods when SHTF and you’ll be the go-to place. This is why we recommend keeping it simple.

Access to electric now is good, but establish the place so that it’s still viable without power. Building a large building that requires power to light it or keep it cool enough to be tolerable will render your area practically useless if the power grid goes down unless you’re using solar power.

Access to water would be a good thing, though. A well pump would be ideal because it wouldn’t require power. Even a hand-pump would be better than nothing and could even be a trade resource if water becomes scarce.

Now that we’ve discussed the ins and outs of starting and marketing a flea market, let’s talk about a few precautions that you should take. First off, don’t set up your flea market close to your survival stash or your own personal gardens. That would just be asking for trouble.

Be selective in who you invite to be a vendor. Make it a place to get down-to-earth, useful products that can be grown or created naturally. Don’t allow those vendors that sell cheap, knock-off products made in China. Think of your flea market as yet another way to prep. It’s your ticket to having ready access to anything that you may need post SHTF.

Not only that, but flea markets or farmer’s markets are a great way to network with like-minded people. Often, people who are growing their own foods or making their own products are also preppers, or at least open to the idea that they may someday need their skill to survive. That builds a sense of community that will be sorely needed when it’s time to band together for survival.

I know that many people don’t believe in the idea of working together as a community if SHTF but the truth of the matter is that society WILL rebuild; that’s been proven historically over and over and will most certainly be the case in pretty much any circumstance.

People are social pack animals – that’s a biological fact. Plus, no man is an island. Eventually, everybody will need something and when they do, your market will be there!

If you have any experience with running a flea market or farmer’s market or have any suggestions that I didn’t mention here, please feel free to share them in the comment’s section below.