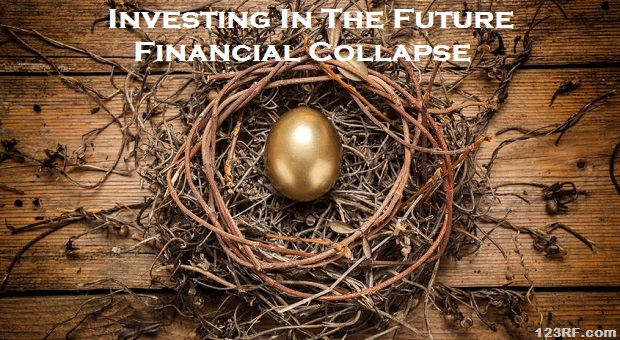 There’s a rather cynical concept out there that financial collapses are intentionally orchestrated by the super-wealthy, for the purpose of increasing their wealth. I’m not so sure I agree with that viewpoint.

While I’m sure that the rich want to keep getting richer, I’m not so sure that they can manipulate the system well enough to cause a financial collapse. However, I am sure that they take advantage of it and make money off of it.

There’s plenty of evidence to show that the extremely wealthy people in the world really aren’t hurt by problems like financial collapses. There’s also plenty of examples of how they have benefited from them. Just look at the Great Depression. While millions of Americans were out of work and losing their homes, the rich made money off of it.

That got me thinking. If the rich can make money off of a financial collapse, why can’t the rest of us? After all, the same financial principles limit our actions and theirs. The only real difference is how much money we have to invest. Ok, so I can’t make as much as they can; that doesn’t mean I can’t make anything at all.

If we look at the mega-wealthy people in the world, we find that their wealth is tied up in things that have value. They put it into real estate, precious metals, companies and stocks (shares of companies).

Oh, they might have a few million in cash sitting in a bank account somewhere, but that’s not where they’re making their money; that’s simply money that they use for their everyday expenses, or money that’s waiting to be invested.

The key here is that these rich people invest their money. They find something that they believe is going to go up in value and they buy it. Then, they either make money off of it by selling it or by using it to generate money.

If that works for them, then it can work for me and you as well. Maybe we don’t have as much to invest as they do, but whatever we have we should invest. The absolute worst thing we can do with any money we have is to let it sit around, doing nothing. Money left like that loses value, rather than gaining it.

The same goes for money left in the bank. Bank interest on savings is so low, that it’s as if it doesn’t exist. I’ll guarantee you, the banks aren’t paying you as much in interest as the “official inflation rate” and that official rate is much lower than the actual rate. So, every day you leave that money in the bank, drawing interest on it, you are giving away some of your wealth.

Of course gold and silver will always go up in value during such a time. That’s one of the things that the wealthy invest in, counting on it going up. While you may not be able to afford investing in gold, you can probably afford to buy a few silver coins and stash them away. Statistically, silver is actually a better investment than gold, going up at a faster rate during any financial setback.

You don’t want to invest in anything that can be considered a luxury item, as people won’t be buying them. In fact, during the Argentinean collapse, the sale of new cars and other large ticket items dropped to just about zero. Most car dealers and factories went out of business.

On the other hand, anything that people need to have to repair their car or other large ticket item is extremely valuable in such a time. People stop replacing things like cars and instead repair them. That makes a very profitable market for any sorts of repair parts; not just automotive parts, but for appliances, lawn mowers and other necessary equipment.

The other thing that goes up a lot in value during a financial crisis is anything that people need to have in order to survive. This can include such things as personal hygiene items, medicines, first-aid supplies and even candles; but the big item here is food. More than anything, food ends up going up in value quite a bit.

It might seem a little strange, but food is actually your best hedge against hyperinflation. Just look at the last few years. While the “official inflation rate” has been down around one percent, food has been going up by five to twelve percent per year.

If it’s going up so much in value now, when there’s a fairly low overall inflation rate, what’s going to happen to the value of food when hyperinflation kicks in and people have trouble finding any? They’ll be willing to pay a premium for anything you have.

While food may not seem like a very “sexy” investment, it’s one of the surest ones you can find. Remember now, we’re investing for our survival, not really to become one of the wealthy; we’re also investing to get through a time of financial collapse.

Looking at it that way, there are few things that you need more for survival. While water may be easy to find in nature, but food isn’t all that easy. By investing in food, you are investing in your future.

The funny thing is, that food may very well make you rich. When others are suffering, the food you have invested in will suddenly become very valuable. Then, as happened in occupied Europe, during World War II, people will be wanting to trade you all kinds of valuables for your food.

During that time, people in the cities of Europe would go out to the country, carrying suitcases loaded with silver, crystal and jewelry. They would trade those thing with the farmer, going home with hams, sausage, cheese and butter. When the war was over and things got back to normal, the farmers were able to sell those valuables, making quite a profit.

One thing to remember is that there will always be an “after.” While a financial crash seems certain, eventually a new economy will be established. People will get on with their lives and find new ways to live. Although life may not return to the old normal, a new normal will take over. In that time, the food that you have traded can make you an incredible profit.