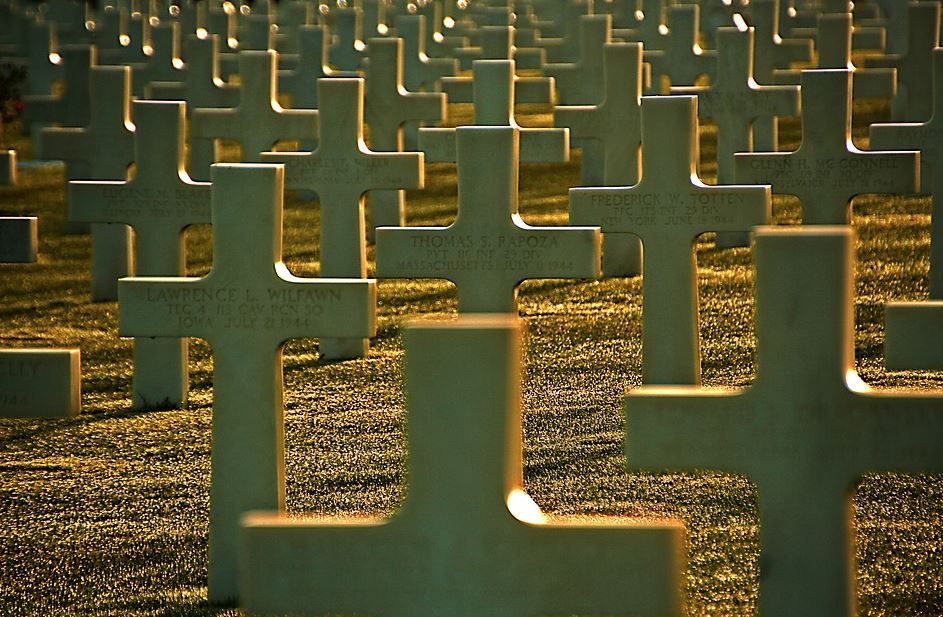 Every year, some of us remember the importance of June the 6th. That’s the day, 72 years ago, that 73,000 of America’s young men stormed Normandy, France, making up almost half of the 156,000 troops which landed on French soil, to take back Europe from NAZI Germany.

As a country, we lost 2,500 young men that day, casualties of the largest amphibious invasion in history. But those 2,500 soldiers weren’t simply forgotten; they represented each and every American alive on that day.

Historians have dubbed that generation with the moniker “The Greatest Generation.” When you look at what they accomplished and how the country pulled together to accomplish it, that’s not too surprising.

There has been no other time in our history, when the United States pulled together for a single purpose, like it did in World War II. You really can’t even say that about the Revolutionary War, as there were many who were opposed to it.

But while that war brought our country to new heights of patriotism and accomplishment, it also started us on the road to decline and moral decay. Sadly, one of the things that always accompanies war is a lowering of moral standards. That was no different in the time of the Greatest Generation.

The current moral decline of the United States of America actually started in that time. While it may seem as if the Americans of that day were bigger than life, they felt an urgency caused by the realization that they might die any day. This urgency was responded to by drinking, smoking and extra-marital sex. Many lived for the day, because they weren’t sure if the next day, they would die.

Hollywood had their part in that as well; as always, showing the glamorous side of war. Part of that was including a love interest in all those war movies. Being Hollywood, love became sex; and while they didn’t show it as clearly back then, as they do today; everyone knew how to read the signs.

But even amongst the debauchery of the day, there was much nobility and bravery. Countless people dug down deep within themselves and found the strength to do what they had to do; both overseas fighting the war and here at home keeping the home fires burning. The courage displayed by that generation in facing adversary was something we could all learn from.

Sadly, there seems to be little of that courage left coursing through America’s blood. Our young people don’t have the courage to face someone who is speaking something they don’t like, let alone the bullets of an enemy. Instead, they cry for “safe spaces” where they can be assured that nobody will say anything that might cause them any emotional turmoil. Apparently, forcing someone to think about their beliefs and justify them is too much of an emotional strain for today’s youth.

As a country, we have taken some huge steps backwards since that day, all in the name of “progress.”

Rather than blacks and whites coming together to defeat a common enemy, today’s blacks are being told that whites are their common enemy and that they should therefore kill the whites.

World War II brought this country together in a way that has never happened before or since. The common goal of defeating the Axis powers gave us national purpose.

Later, national purpose was invested in things like putting a man on the moon and standing strong against the aggression of the Soviet Union. Yet today, we have lost our national purpose. No longer are we pulling together, but rather we are being pulled apart.

I remember asking myself the question, shortly before 9-11, whether the United States could ever pull together, like we did in World War II, to accomplish such a major goal once again. Then, on that fateful day, the Twin Towers came down and the nation pulled together in support of New York City and the War Against Terror.

But sadly, that unity has not lasted; it has fallen apart once again.

In the last seven years, we’ve seen more division in this country than has existed anytime since the Civil War. No longer is the national attention focused on defeating the radical Muslim terrorist enemy, but instead our political leadership is inviting them in to take up residence. We have blacks against whites, poor against rich, women against men and the LGBT community against those who are straight.

Is it fair to blame all this on Barack Obama? Yes, I would have to say it is. While he has not been the only one causing division, he has definitely been the most influential. He has been the most divisive president in the history of the United States, bringing to the forefront each and every phony war he could, to turn one group of Americans against another and destroy what unity we had.

He has also been instrumental in turning the tables on the War on Terror. Where we were actively pursuing radical Muslim terrorism under President Bush, Obama has all but outlawed the use of that term. He refuses to acknowledge that the possibility of Muslim terrorism exists and instead talks about right-wing terrorism, something that is totally fabricated in his mind.

Apparently in Obama’s world view, patriots who are willing to defend their country are more dangerous than radicals who are trying to destroy countries.

Liberalism has destroyed the moral fiber of this country, and they are now on the road to destroying the country itself. The list of things that liberals have demanded of our society, all in the name of some twisted idea of “fairness” could ultimately be out undoing. It is certain that their demands have made life more dangerous for many, as they push to further their agenda.

There is something inherently wrong about causing the majority of society to suffer for a minority. That is especially true when the minority is extremely small and mentally imbalanced.

Yet apparently the only way that the political left can find what they consider to be fair, is to make people suffer. They must make the majority suffer, so that the minority can have what they want; even if what they want is destructive to society as a whole.

Where is Our Country Going?

Could we once again pull together and become the great nation that we once were? Is it possible for another “Greatest Generation” to rise up and set this nation back on track? Can we throw off oppression as we once did and set our course once again by the Constitution?

We are living in a time which demands greatness. It demands people who will stand against injustice committed in the name of fairness. Who will be willing to be ridiculed by the PC police, in order to make a difference. People who care more about integrity, than they care about popularity. Those who have the moral fiber to shout from the rooftops that “This is wrong” and get others to see things as they do.

Our country’s history is filled with such people. The Revolutionary war was fought because of such people. We stormed the Normandy Beaches because of people of like character. Together, we declared “Better dead than red” against the rise of the Soviet Union. We, or rather, those who came before us had that moral fiber; it’s time that we found ours.

Conservatives are still the majority in this country, outnumbering liberals by 3 to 2. But you would never know it by looking at what’s going on in the media or the public square. It is the voice of the liberals that is being heard, not the voice of the “silent majority.”  It is time for that to change.

Unless we rise up and make our voice be heard in the halls of power and the public places across this land, we may soon find that we no longer have a voice. As in Orwell’s 1984, the voice of those who stand against a tyrannical system may very well be silenced.

I don’t know about you, but I won’t go down quietly. The Founding Fathers swore their lives, their fortunes and their sacred honor to this country; can we do any less? Are we willing to lay down our lives, or only to lay down? Are we willing to give up what fortunes we have, or only a mere pittance? Do we even care about our honor anymore?

If this country is  ever going to be great again, if it is ever going to have another Greatest Generation, it will be because people say “enough is enough” and take a stand.