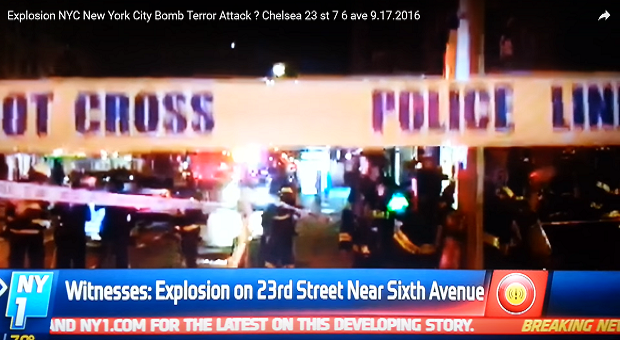 ISIS Is Still Alive And Well

With everyone focusing on the race to the White House, it’s all easy to forget that there are a number of important problems facing us today.

Amongst them, the threat of radical Islamic terrorism is high up on that list. If anything, the “third jihad” as it’s called, is accelerating, with more political activity and more violence.

As recent attacks have shown us, ISIS is still alive and well out there, spreading death and mayhem wherever they can. And where they can isn’t just limited to the territory they have conquered in the Middle East. More and more terrorist attacks, on a worldwide basis, have been committed under the auspices of ISIS.

This year alone, ISIS has been confirmed as being responsible for over 30 terrorist attacks, bringing their total account to 143 in 29 countries. This year alone, the attacks have claimed more than 1,250 lives, while injuring another 2,700 or more.

Then there are the attacks which are inspired by ISIS; while not conducted by any of their members, they are still responsible for encouraging those attacks. Yet we hear little about their activity through the mainstream media.

Why Is That So?

There are two major things going on in the media, which prevent us from getting an accurate picture of what Islamic terrorism is doing in the world today. First of all is an old problem; that of the American media ignoring what is going on in the rest of the world. If something is happening on the other side of the ocean and actually makes it into our news reports, you can be sure that it was a major event. Otherwise, you’d never hear about it.

In addition to this, we have to understand that the mainstream media has become nothing more than the paid propaganda arm of progressive liberalism. Actually, I’m not even sure if calling them paid is accurate, considering how many people working in the media make major donations to Democrat candidates. Either way,  my belief is that they are totally sold out to the left, reporting things as the left wants them reported.

Considering that liberals consider that Muslims are the most mistreated, misunderstood, and most discriminated against in the world, the media appears as trying to do their part to rectify this by not reporting on the atrocities that ISIS and other Islamic terrorist groups commit.

These two points prevent us from hearing about ISIS attacks overseas; but what about those here at home? In those cases, the media is still playing their part, helping to hide the truth; but they might be doing so under direction from the White House.

According to Barack Obama, Islamic terrorism doesn’t exist. Therefore, all government agencies, as well as the mainstream media, pretend that ISIS attacks or those which have been inspired by ISIS are anything but Islamic terrorism. They won’t report on it having anything to do with Islam, to the point of not reporting Muslim sounding names and ignoring the Muslim declarations of the killers. After all, anyone who heard that the killer shouted “Allah Akbar” at the top of their lungs just might jump to the Islamophobic conclusion that the perpetrator was Muslim.

One of their favorite ploys is to call it “conservative domestic terrorism,” which is two lies in one, but gains them two points at the same time. It furthers the idea of conservative terrorism, which is all but non-existent, while protecting their Muslim friends from being held accountable for their actions.

Our government and their media lapdogs have become so good at this game, that the DHS has actually published reports, showing that the biggest threat to our country is domestic conservative terrorism and not radical Islamic terrorism. But that report is based on false evidence; specifically the media reporting it as conservative terrorism and government agencies like the FBI not being allowed to say that it is radical Islamic terrorism.

They are already scrambling to cover up the latest series of attacks on American soil. Within one 24 hour period, there were three ISIS inspired attacks:

Let me be clear on this; in all three cases, the perpetrators of these crimes declared allegiance to Islam in general and ISIS in particular. While we don’t know if they were actually members of ISIS; they took their actions based on a perceived connection with ISIS. At a minimum, we know that the plans for the pressure cooker bomb came from an ISIS publication, just like the one used at the Boston Marathon.

In Minnesota, the attacker was clearly Muslim, and was asking his victims if they were Muslim before stabbing them. He was also shouting the name of “Allah” aloud, for all to hear. Coincidentally (about as much so as the dawn following the sunset), this attack was in the town of St. Cloud, a city of 67,000 people in Minnesota. This state is the home to one of the largest Somali community in the United States, and has offered the world more ISIS recruits than anywhere else in the country.

To even think that this attack is not related to Islamic terrorism in general and ISIS in particular requires a specific kind of blindness; an intentional blindness, which refuses to see things as they, but rather as people want them to be.

ISIS is clearly active in the world today. While the US led coalition has made some strides against their home territory in the last year, it is like cutting a head off of the mythical Hydra. Two new ones grow to replace that which has been cut off.

While the actual territory which ISIS has under their direct control may be smaller than they were a year ago, their area of operations has grown. ISIS currently has large-scale operations in a number of countries, effectively controlling large territories in countries outside of Syria and Iran. Parts of Libya and Egypt are directly under ISIS control now, with major operations in those countries. In addition, they have a strong presence in Algeria, Tunisia, Afghanistan and Yemen. 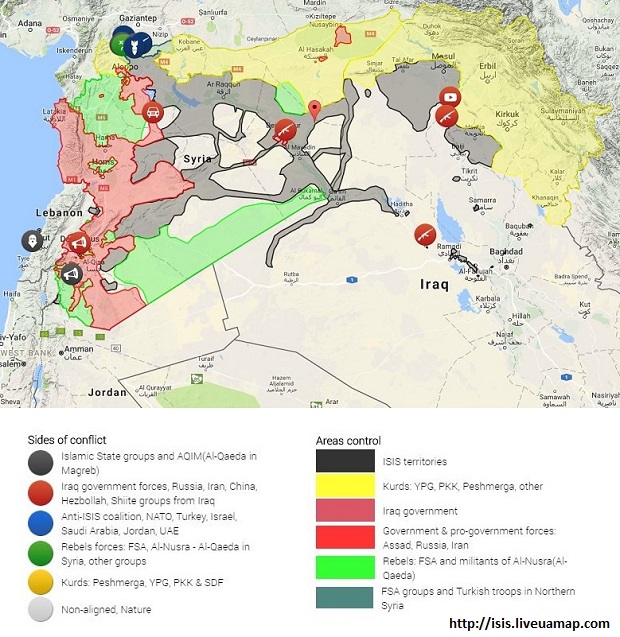 Regardless of what anyone says, ISIS is clearly growing, in influence, in territory and in numbers. Their brand of radical Islam is taking over from more moderate strains, increasing the risk that ISIS is causing to both Muslims and unbelievers around the world.

In reality, ISIS is more about ideology, than it is about territory. Although they have established their caliphate and are operating like a country, they are not limited by traditional political borders. In fact, traditional borders work against them, while the breaking down of borders, which many liberals support, works in their favor. The lack of defensible borders, as we are seeing in Europe, allows them to enter in and begin the process of taking over already existing countries.

All this fits in with the Muslim concept of Hegira, migration as a part of jihad. ISIS doesn’t want all their followers to flock to the caliphate, but rather to stay where they are, becoming a thorn in the side of those who oppose them. In doing so, they can being the work of taking over those countries, either by using the laws of the countries against their citizens or by violent uprising in violent terrorist acts.

None of this is new. Islam has always spread on the point of a sword. From the very beginning, when Muhammad returned to conquer Mecca, using the people of Medina, who he had converted to his infant religion, this is how Islam has spread.

Terrorism was born in the Middle East, where most of the people are Muslims. Why would it surprise us to find it in use today? As a system of asymmetrical warfare, it has proven effective for the spread of Islam. That is how, small groups of Muslims, migrating to other lands, have been so successful in conquering those lands and turning parts of them into Muslim too.

The problem of ISIS will not go away. Even if we were to send in the entire U.S. military and totally conquer them on the ground, they will not disappear. Take away their lands, and they will still carry on.

With the decentralization that they are accomplishing today, spreading across North Africa, they could lose all their lands in the Middle East and still remain victorious. By then, they may have won over more of North Africa and even parts of Europe.

So what’s next on their agenda? I would not be surprised in the least to see ISIS moving into the other Muslim republics that were part of the now defunct Soviet Union. That would be a natural move for them, expanding their territory into lands which might be at least somewhat receptive to them. It would also give them a perfect jumping-off point to move into Russia and the Far East.

The fact that Iran is in the way is a non-issue, they could either make an arrangement with the leadership of Iran or bypass them all together, infiltrating those countries in secret and starting to get to work.

In a way, this is a repeat of the first and second expansions of Islam. Before the second one was stopped, they had infiltrated much of Europe, taking control of much of the Byzantine Empire, as well as Spain. It wasn’t until they were knocking on France’s door, that the expansion was stopped. Who knows where it will be stopped this time.

We are living in a time when the world needs good leadership. Sadly, the Obama has not given the world that leadership. Rather, more of the world has looked to Vladimir Putin for it, knowing that Obama couldn’t be counted on.

Who will be next? Will Hillary win the election and continue with Obama’s policies, further weakening America? Or will Trump win? While an unknown quantity, he at least talks like a leader. He talks like he will do something about ISIS. But will he? We’ll just have to wait and see.

But if he doesn’t or if he doesn’t end up having that chance, there is one thing we can count on; that is an increase of the influence that ISIS has in the world and here at home. By the end of another four or eight years of a liberal president, we may not be able to recognize the country that we were born in. Further Muslim immigration may permanently change the fabric of American society; taking over cities and creating “no-go zones,” just like there are in Europe today.

That’s the goal. Muslims are bent on conquest. Whether they go by the name of ISIS or by some other name, they will continue down that road. It will take strong leadership, backed by a strong military, to stop the spread of Islam overseas and to stop its spread here at home.