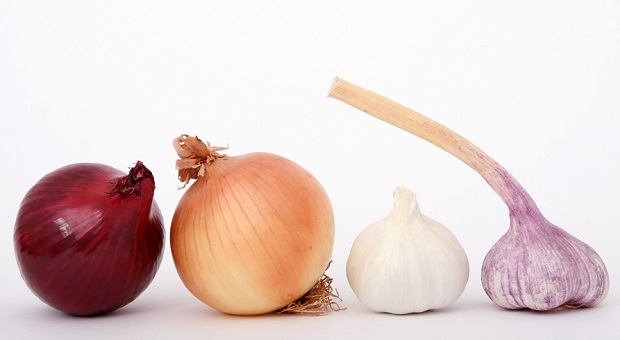 5 Plants From The Kitchen For Your Health

It’s been known since ancient times that vegetables and herbs are crucial in maintaining health and improving your well being. But some of those common plants and herbs have medical properties and can turn into natural medicine when living-off-the-grid. What else would you use these items for? Let’s take a short look at some of the common vegetables preppers should have in their stockpiles.

Onion deserves to be called a superfood: it is well packed with vitamin C, vitamin B6, folic acid, flavonoids and some other nutrients, with powerful anti-inflamatory, anti-cholesterol, anticancer and antioxidant properties. Onions have 25 active compounds that help combat heart disease, inhibit strokes, reduce cholesterol levels, and boost your immune system.

The onion is also known for its diuretic properties. You can relieve bruises, burns and bee stings by placing a raw onion on the affected area. Remove a splinter by tapping a slice of fresh onion on the skin overnight, and use a few lukewarm drops of cooked onion juice to relieve earache.

Onion tea is really useful to calm down sore throat, and also in cleaning out acneic skin. Onion juice is known to be a natural moth repellent, and prevents insect bites, when you rub it on your skin. Plus, you can use onion to clean your grill, to polish metal or clean bath sponges. 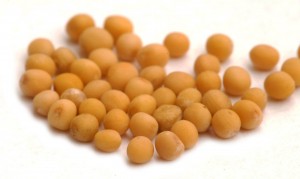 Mustard is one of those items that never needs refrigeration, due to its antibacterial properties. You could use mustard seeds to spice up you food, but it doesn’t only belong in the kitchen… but also in your bug-out-bag: you might need it later to relieve pain.

The antioxidants prevent gastric cancer, and can also slow down the ageing process. Niacin and vitamin B3 help reduce cholesterol levels and protect the arteries from atherosclerosis.

And that’s not all, as you can use use mustard seeds to get rid of bad smells: it turns into a perfect skunk smell remover, and used bottle deodorizer. 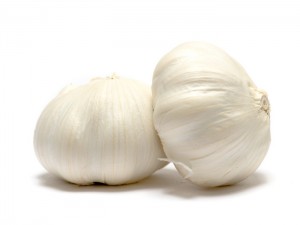 Garlic has been used both as a spice and a herb for thousands of years: it has a high level of allicin, a sulfur compund similar to that found in onions, and is a great source of vitamin B6 and vitamin C.

Those substances make garlic useful in so many ways, in as well as outside the kitchen. Its antioxidants kill bacteria, and help the immune system fight chest infections, coughs and congestion: make a tea with 4-5 chopped garlic cloves in hot water, then strain and drink.

Due to its anti-inflammatory properties, garlic is a great natural remedy for acne and cold sores, and relieves psoriasis outbreaks.

Garlic is a natural help for people with diabetes, as it enhances the level of insulin in the blood. It also reduces LDL cholesterol level and fights cardiovascular diseases and impotency.

There are lots of other uses for garlic to take into account when living-off-the grid. Fish are attracted to garlic scent, so you can make you own bait using food scraps and minced garlic cloves to catch fish.

And keep in mind one more thing about garlic: it works as a natural adhesive for fixing hairline cracks in glass. 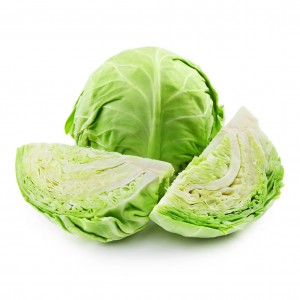 Cabbage is a good source of vitamin C, fiber and beta-carotene, that may reduce your risks of cancer. It’s laxative properties are widely known from ancient times.

Cabbage juice can also be a good antidote for mushroom poisoning and an effective balm for sore eyes.

Cabbage leaves may be a good treatment for rheumatism and sore feet. They relieve sunburns, and treat warts and abscesses.

Use cabbage to treat stomach pain, excess stomach acid and intestinal ulcers, but also to reduce asthma and morning sickness.

Fennel was widely cultivated for its strongly flavored leaves and fruits, but became an invasive species that can be found from the East Coast to inland hill and mountain areas in North America.

It is great in spicing meat and other dishes, but what else could you use it for outside your kitchen? Women are the main beneficiaries: fennel tea suppresses menstrual cramps, increases breast milk, relieves the pain associated with swollen breasts, and treats colic in infants.

Fennel is widely used in treating stomach problems, both in human and animals, because it works as a diuretic, and reduces flatulence by correcting the expulsion of intestinal gases. Use fennel tea for those suffering of asthma or bronchial diseases: the syrup is highly effective for chronic coughs.

It is perfect to disinfect kennels and stables, as it is said to be disliked by fleas.