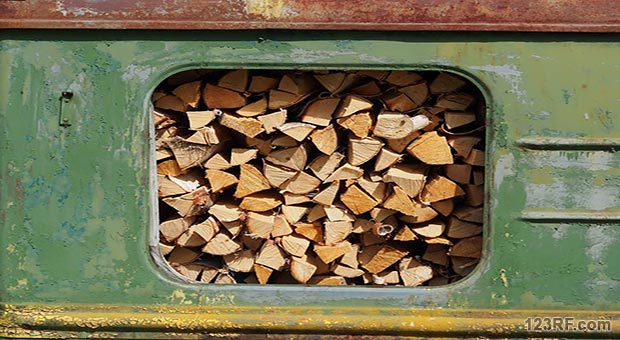 Anyone even remotely familiar with SHTF scenarios knows that gasoline will be almost impossible to obtain. Some problems may come up and make it hard to be produced and delivered: gasoline couldn’t be refined because of power, water, or crude shortages; transportation will be unavailable due to damaged roads and other key infrastructure points, or collapse of power grid will prevent electronic pumps from running.

Under the circumstances, you better look for alternative solutions, and running your car using wood is one of them.

Your vehicle’s engine must convert liquid gasoline into gas vapor and then mix it with air before injecting it into the cylinder.  From there, the force of combustion drives the piston down ward.

This motion is then converted in a perpendicular direction by the cam shaft, then magnified by the transmission and transmitted to the wheels by the drive train.

When you use wood to power your vehicle, the burning process releases carbon dioxide, carbon monoxide, nitrogen, oxygen, methane, and water. The methane and oxygen will provide most of the explosive force, while nitrogen will help reduce heat, and make the explosion more efficient.

Even though converting wood to gas is essentially a burning process, it does require additional filters before the gas can be used in the engine. Improper filtering and burning methods can lead to tar buildup, which will destroy the engine.

Wood to gas conversion systems are fairly crude, even though various designs have been in use for decades. In fact, Japan, Europe, and the United States relied on biomass as a power source during WWII and beyond. While wood and other forms of biomass do not produce as much energy as gasoline, it can still be used in an emergency.

Quite bluntly, those making their own survival plans already know that FEMA plans are worse than a sadistic joke. From that perspective, it should come as no surprise that free plans for gasifiers available through FEMA are outdated and do not work as well as others. In this case, their gasifier requires 44 pounds of wood to make a single gallon of gasoline. To add insult to injury, the gasoline produced by this system will have far more tar than can be safely introduced into an automobile system.

If  you are going to invest time and resources into creating your own gasifier, you should start off with the Keith Gasifier, which was invented by Wayne Keith.  This design requires a wood burning barrel, one for storing gasses while they cool, a barrel with straw for filtering, and 16 pounds of wood to produce one gallon of gas.

This system is portable and can be used to run trucks and farm equipment.  As you work with the design, you may also be able to find ways to retrieve hydrogen and water from the gasses released and feed them into the vehicle’s intake manifold via an electrolysis system.

Sources of Wood and Orchard Math

Many people think that free wood will always be plentiful. For example, you may see dozens of wooden palettes around dumpsters that can be burned to produce gasoline.  If you live on a farm or in rural areas, you may also be led to believe that even a few trees can meet your fuel needs.  On the other side of the equation, never forget that you are looking at resources that are free right now because there is a higher demand for gasoline than there is wood.

Individuals that are going to use gasifiers must also plan for a steady and sustainable supply of wood.  If you have enough land, you can grow peach, pine, birch, boxwood, and other fast growing trees that produce burnable wood.  When calculating the amount of fuel you can get from each tree, you should account for how much weight will be lost as the wood dries out.

This can be anywhere from 1/2 to 3/4 of the original weight of  living wood.  Therefore, the wood from a single tree would have to weight anywhere from 32 to 64 pounds to make one gallon of fuel via the Keith Gasifier and a whopping 96 to 192 pounds of wood per gallon via the FEMA version.

Consider a situation where you figure that you will need the equivalent of 20 gallons of gasoline per day, or 7300 gallons per year.  Now let us say that you decided to use the Keith Gasifier, and you will grow trees that put on about 10 pounds of wood per year after the first 3 years.

In order to produce enough gasoline in a sustainable fashion, you will need to set aside enough land to grow 7300 trees per year for about 10 years, and then replant on yearly basis.  During that time, you will also need to take into account soil nutrient depletion, water shortages, and other problems.

Some Ideas for Development

It should be noted that some people believe increased amounts of nitrogen in wood gas cause it to be less efficient than gasoline.  If you want to play with this idea, you may want to consider designing a system that separates at least half the nitrogen, and then replace it with regular air.

This will increase the oxygen percentage in the fuel mix, and then give you plenty of gaseous nitrogen to use for growing beans, or other plants that fix nitrogen from the air.  Perhaps you will even come up with a biomass system that allows these plants to be used as the fuel source for your vehicle instead of wood.

Perhaps it can best be said that being able to convert wood to gasoline efficiently is very important despite current shortcomings.  At the very least, you can look into using wood as a starting point for fuel production, and then other ways to make use of other gases released during the conversion process.

Once you know that you can generate fuel in a crisis, you can go from there to create a more sustainable system than what exists now.