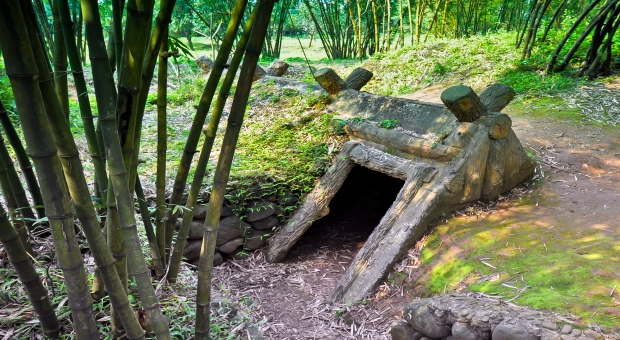 Bunkers have long been accepted as a staple within the prepping community.

While there really aren’t that many people who own one, there are many more who are dreaming about that day. Somehow, we’ve gotten the idea that bunkers provide security; and while they do, to a point, they aren’t a perfect answer.

Living underground has even made it into popular fiction, in Tolkien’s story “The Hobbit.” I bring this up mainly because of the detail he provides in describing Bilbo Baggins’ hobbit hole. By the sounds of it, that underground home was one of the nicest homes in the area, providing both comfort and a modicum of privacy to its owner. I have long wanted my own hobbit hole, although I think I’d like the ceiling just a little bit higher.

There is actually a company that makes prefabricated hobbit holes, or at least something like it. Their fiberglass sections bolt together, allowing you to make a wide variety of configurations. I’ve only seen them used above the ground, with a covering of earth over them; but it does have the same idea. While not a true underground home, it does have some of the advantages of one.

Since underground homes aren’t all that common, you usually have to convince people of their advantage, before they will even consider one. I remember talking to a man a number of years ago who had built an underground home for his family. At the time, I was not in favor of the idea, even though he worked hard at convincing me.

What finally convinced me was my electric bill. I live in a hot climate and my electric bill soars over $450 a month in the summertime. If I was living in the same climate, in an underground home, I could reduce that monthly expense to about $100

The main advantage of building an underground home is that of insulation. While earth, dirt, might not be as good an insulation as a down jacket, you’d be surprised at how well it works. Even in the coldest parts of the country, the ground doesn’t freeze past six feet below the surface. That’s because the cold can’t reach any farther down.

It doesn’t matter if we’re talking about heating or cooling, being underground offers the same advantages. In either case, the ambient temperature outdoors isn’t going to be in direct contact with the walls and roof of the home. Therefore, there will be less need for heating and cooling.

At the same time, it is always cooler underground, unless you happen to be near magna activity or some hot springs. Therefore, the home wills stay cooler in the summertime, not needing as much air conditioning.

Even an underground home that is built on flat ground, with dirt piled over it to form an artificial hill is excellent at maintaining its internal temperature, without using a lot of heating and cooling. You still have the insulating value of the dirt to protect the home from the ambient air temperature.

If bunkers are good for defense, than underground homes are as well. With all that dirt piled around and over the home, there is little possibility of any stray bullets managing to get in. The only part of the home which would be at risk is the front, which would have the door, as well as glass windows for the passive solar heating.

But this problem an easily be solved by building a stone patio wall in front of your underground home. That would provide cover from which you can fight, without affecting the rest of your home.

An underground home is a superior place to fight from than just about anything else you can come up with. First of all, if it is built into a hillside, it can only be approached from one direction. At the same time you have good visibility to see any impending attack. A few sensors to warn you about people sneaking up behind you and you’ve got perfect control of the battle.

Properly built, an underground home has virtually no exterior maintenance. There is no siding to paint, no roof to replace and few windows to wash. You will still have inside maintenance to consider though.

An underground home makes excellent use of the space you have on your property. If you are trying to become self-sufficient, the roof of your home can be used for gardening or for a solar farm. Either way, you are not losing the space that the home occupies, as you can even make use of that space. 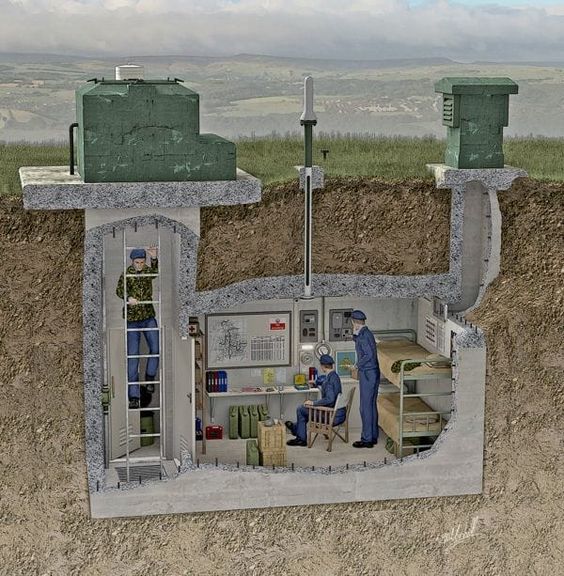 The biggest part of any of our energy usage is for heating and cooling. Building an underground home drastically reduces this area of energy usage. If you put in a “basement” to the underground home, adding a root cellar under it, you can cut down on refrigeration as well, further reducing your energy consumption.

Between these two items, your energy usage will be much lower. Add LED lighting and other energy-saving strategies, and you can cut down your energy consumption to the point where you will need to produce less electric power, than you would in a “normal home.”

I looked into adding solar power to my home a few years ago. Based upon my average energy use (not peak), the company quoted me a little over $60,000. That’s how many solar panels it would have taken, to meet my average usage. But I would still have been buying a lot of electricity from the local power company, to make up for any time I was using more than the average.

With the lower energy consumption of an underground home, less solar and wind power would be needed. This makes it possible to produce all the energy you need, not just your average usage. With roughly one-quarter of the solar and wind capacity and a really good battery backup system, you could go totally off-grid for your energy usage.

Taking that the next step, if you were to build your own solar panels, you could save about half their cost. I have built several panels, and while the work is tedious, it is not difficult. Care must be taken to not break the solar cells, which are made of thin glass and are very fragile, but if you can solder wires, you can build solar panels.

To fully round out your off-grid home, adding a well and a septic system (downhill of your home), which can be powered off your home energy system, would eliminate your need to be tied into those utilities as well.

Rather than using shipping containers, true underground homes are built of cement blocks and concrete. The floors and roof are made of concrete, while the walls are usually a combination of cinder blocks and concrete. This includes interior walls, all of which need to be considered load-bearing walls, as they help support the roof. This type of construction provide the structural strength necessary to support the tons of dirt piled on top.

One of the most important factors in building an underground home is drainage for water. There are several different ways this is accomplished, such as building the roof at a slight angle and covering it with rubber roof coating to keep moisture from filtering down and coming through the roof.

The slope of the hillside, whether it is a natural hillside or an artificially made hill is an important part of keeping the inside of the home dry. Planting greenery on the hillside, above the home, helps to stabilize the dirt. While some of the water will always seep into the dirt, especially when it is dry, the majority should run off down the hillside, without bothering the home hiding inside the hill.

It can also be useful to put crushed rock between the walls and the dirt, creating sumps for water filtering down to go into and then either flow out or be pumped out from there, depending on the slope of the ground.

Living in an underground home takes a little getting used to, as you don’t have windows in every room. Nor can you suddenly decide to put in a back door; that back door would have to connect to an underground tunnel. But other than that, it’s not really all that different than living in any other sort of home. From the inside, it’s hard to tell you’re underground. 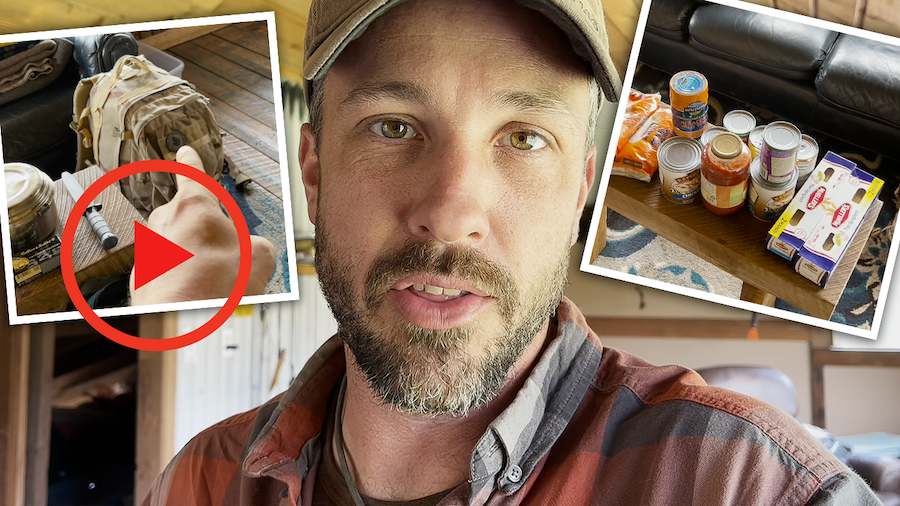 VIDEO: The Importance of Layering Your Preps and Equipment with Caches 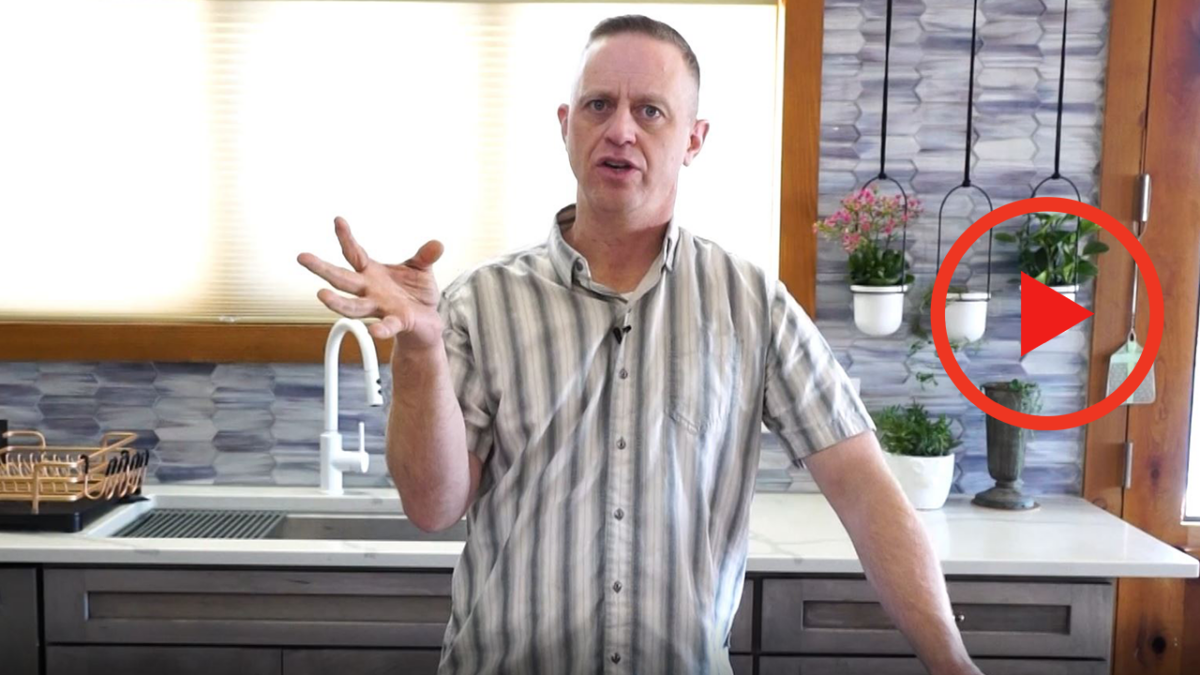 VIDEO: How Heat, and Cold, Can Easily Kill