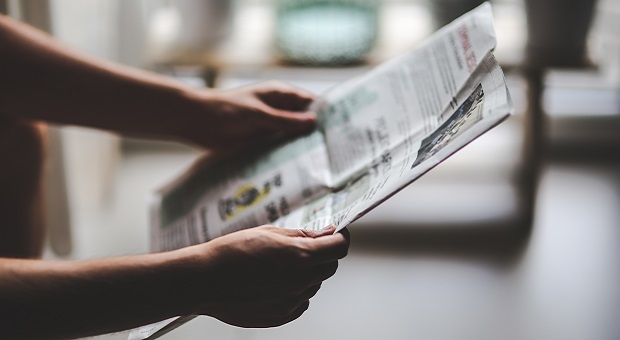 What The News Is Hiding From Us

The recent news coverage about the Confederate battle flag has gone overboard. As with many other unimportant stories, the mainstream media has turned this into a feeding frenzy; making it into a story about racism (their favorite word) and ignoring what it really is.

So, instead of covering the actions of a mentally deranged individual killing nine Christians who happened to be Afro-Americans, it has become a racist story about a flag and how horrible a symbol that flag is.

What’s almost funny about that is that the original story, the only about the deranged killer, is a story about racism. Of all the mass murders that have taken place in recent years, this is the first that is truly racially motivated. Yet, the news doesn’t talk about that; they talk about a flag, misrepresenting it.

By the way, that racist, demented killer was stopped by a citizen, legally carrying a concealed firearm. Unfortunately, one of the people killed was a state legislator who had voted to make churches gun free zones.

So, the citizen had to run to their car for their gun, giving the killer time to shoot nine people before they could get back. But the media won’t talk about that hero, it doesn’t match their narrative.

We’ve got to start looking past what’s being reported, in order to see what is truly happening. This event illustrates the cynicism of the media and how the progressive liberal machine is treating the American people like a bunch of fools. The sad thing is… they’re getting away with it, over and over again.

If it seems like the news is mostly about things that don’t really matter, there’s a reason for it. That is, the news media is working hand-in-hand with the progressive liberal government, to hide what is really happening. They are in cahoots together to keep the public ignorant of the true problems the country is facing, so that the “intellectually elite” of the left can further their agenda.

That’s why we don’t see any news coverage of the many Obama scandals. The news media is still fawning on him, covering his back, even though he treats them like dirt. But he is their darling… as much for his ideology as because he is our country’s first black president. As far as they are concerned, he can’t do any wrong.

Of course, that stands in stark contrast to how they treat any Conservative Republican politician. In their eyes, the Republicans are evil and they make sure they say so at every opportunity. What we have called the news has degregated to being nothing more than a political tool used to attack their enemies and enshrine those on the political left.

So, what has really been going on in the world, while the mainstream media has been trying to keep our eyes focused on the old Confederate battle flag and Bruce Jenner’s sex change?

Bill to Exit the United Nations

Rep. Mike Rodgers (R-Ala) has introduced a bill to restore U.S. sovereignty by withdrawing from the United Nations. It has become increasingly clear that the UN is no friend of the United States, but rather is supporting despot dictators around the world. Most of them use the UN as a means of thumbing their noses at the United States.

The UN has changed their focus in recent years to that of building the one-world government. Of course, they see themselves as that government, so it is to their benefit to make that happen. But they are really nothing more than one more liberal progressive organization, aimed at bringing about world socialism. They don’t care about the United States or her sovereignty.

Based on that, it seems that it would be a good idea to get out of the UN. But there are many who are opposed to that idea. If it is going to happen, it’s going to be a long, uphill climb to bring it about. Nevertheless, in my opinion, it is worth the effort.

The Chinese Are Hacking Our Computers

Have you heard about the Chinese (at least we think it was the Chinese) hacking their way into the Office of Personal Management (OPM) database and stole the records of 18 million government workers. As part of that, they stole the Form 84s, which are the forms used in investigating and processing security clearances for service members and government bureaucrats.

Those records give the Chinese government unprecedented leverage that they can use to try and turn government officials and force them to do their (China’s) will. The records stolen give them very complete information about the lives of over half of the government’s employees; including people in sensitive positions, like the military, CIA and DIA.

This isn’t a problem that will go away either, as some of those people may be in government service for another 20 or 30 years, rising in rank and authority, till they are in important policy-making positions. As their careers continue, the risk of them being compromised doesn’t go away.

We may never know the full impact of this data theft. If used carefully, the Chinese government could pull on the puppet strings of countless bureaucrats, affecting the decisions that they make and the work that they do.

Apparently Obama didn’t learn anything from the debacle of trading five terrorist leaders for a U.S. Army deserter and is continuing to release more. Whether through a misguided sense of responsibility to complete his campaign promise to close the detention camp or a true desire to help the Muslims, he is still releasing prisoners.

The theory, of course, is that once released they will not go back to terrorism. But as any police officer can tell you, few criminals turn their back on a life of crime, just because of the time in the big house. These have even less reason to change their ways, as they are ideologically motivated to kill.

Many were moved to tears by the media’s pictures of children in immigration processing centers, who had come to the United States in response to Obama’s promise of amnesty. But those photos were as staged as any propaganda photo by the old KGB might be expected to be.

While there were truly children who came to the United States from Central America, the vast majority of those “children” were 16 to 18 year old gang bangers, with criminal records.

Obama has allowed these criminals into our country, rather than sending them back home or locking them up. Not only that, but he has shipped them by the busloads to cities across the country, secretly releasing them in cities that didn’t even know what was happening.

Yet the media is working overtime to cover up the crimes of these criminals. Some, had been deported from the United States as many as five times and have been convicted of multiple crimes. Yet, when anyone speaks out about them, like Donald Trump did, they are labeled “racist” by the media and castigated in the public square.

While all this was going on, Congress approved fast track authority for the Obama administration to negotiate the Trans-Pacific Partnership. This secretive trade law will change forever the way that twelve nations do business with each other, including the United States, Australia, Japan, Canada and Mexico.

The TPP has many provisions to it, but some of the most troubling are the ones on Intellectual Property Enforcement. We have already had countless problems with Chinese industry over this point. But the new agreement will be even worse, forcing the United States to rewrite various laws regarding the use of the internet and intellectual property. It could even have considerable authority over the First Amendment rights of freedom of speech.

The biggest problem behind TPP and the Fast Track legislation is the secrecy under which it was negotiated. Normally, bills are posted for public review, but this was all done under a cloak of secrecy, to the point where Senators and Representatives didn’t have their own copies to review, but were only allowed to view the law in secure locations. Many voted, without ever seeing the law.

In the last years, we’ve seen every case of white-on-black police violence blown up by the news media, especially when they can find someone to say that the black man killed was a “good boy” or a “gentle giant.” These cases have been tried in the court of public opinion, without the accused being allowed a defense.

But the thousands of black-on-black killings that happen every year are ignored. Black young men, whether law-abiding or not, are in much greater danger of being killed by other black youth, by a rate of 7 to 10 times as many. Police even kill more whites than blacks, but those killings don’t receive any attention either.

In McKinney, Texas, the race baiters and haters thought they had another opportunity, when a police officer was forced to break up a pool party. They descended upon the city, in order to bring about the same type of destructive demonstrations that have happened in Baltimore and Ferguson. But white Texans met them head on, holding a counter-demonstration. Then, something unexpected happened. Rather than riots and destruction, there was peace and understanding.

It started with one white man and one black man, reaching across the divide between the two groups. Rather than violence, they found common ground. Instead of hatred, they found understanding. But the news didn’t report that. Why? Because it didn’t fit their narrative.

This is just a smattering of what’s been going on, that the media isn’t telling us. If you are believing what you see on the news, then you are being duped. The mainstream media is fully in bed with the progressive liberal movement. They are no longer news agencies, but propaganda agencies. What gets reported has to do with what’s going to fulfill their agenda, more than anything else. So, don’t expect the truth, don’t expect what’s important; just expect more propaganda.