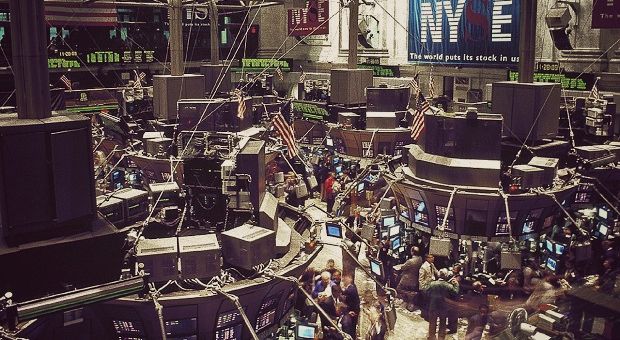 Anybody who has been keeping track of the stock market over the last week knows that we’ve seen some unprecedented action in the last couple of weeks. Starting with the Chinese stock market plunging, pretty much all of the world’s markets have gone down considerably, including a drop of almost two-thousand dollars in the Dow Jones Industrial Average.

Obviously, something serious is happening; but the question is what? Is this the economic collapse that so many people have been warning us about, or is it something more serious? Why is it affecting so much of the world, rather than just the United States?

Or, to look at it another way, why didn’t it hit the United States before it hit the rest of the world? That’s what happened in the 2008/2009 housing crash and what many people have been expecting to happen for the next one.

To start with, we need to realize that the Chinese stock market is a bit different than ours. It still trades in stocks, bonds and commodities, but it’s much more tightly controlled by their government than our stock market it. That’s a communist country and when the government says “jump” people jump, even if they are rich and powerful in their own right.

So, even though Chinese industrial and economic growth has been low over the last year, the government has been encouraging investors to put their money in Chinese manufacturing companies. They’ve also been telling investors not to sell the stock they have. This has created a classic “bubble” situation, where the stocks were valued at more than they were worth.

That worked for a while, but a bubble can only be sustained for so long. Even though the Chinese government gave money to brokerages to buy stocks with, the prices were unsustainable.

All it took was on person with a pin and the bubble burst. Since then, the index has dropped more than 40%.

Okay, but that’s in China. While we do a lot of business with Chinese manufacturers, Americans don’t have a lot of money invested in their stock market. In fact, American ownership is somewhere around 1.5% of the total value; nothing to cause us great concern here at home.

But psychology plays an important part in any stock market. Prices are what they are more due to what people, think than what reality says. Momentary and long-term trends are more emotionally driven than driven by any true change in the value of the company those stocks represent. Even the most cynical of investors can be pushed into making a poor investment choice by emotions.

That’s what happened in Europe. The crash in the Chinese stock market started making European Central Bankers and investors nervous, so they started selling. That started their stock markets sliding. As the sun rose on our side of the Atlantic, that affected stock trading in New York.

How Is This Going to Hit Us?

But, that’s not all of the picture. You see, the stock markets have been poised for a crash for quite some time. We’ve had our own bubble waiting to pop.

For the last several years, the Federal Reserve Bank (the Fed) has been releasing massive amounts of money into the world financial system, in a move called quantitative easing (QA). In theory, QE adds money to the economy, allowing banks to loan out more money, reducing pressure on the economy and stimulate the economy, keeping the country from going into recession and boosting stock prices.

The way this works is that the federal government issues bonds, which the central bank buys. The money they buy those bonds with is electronic money, which didn’t exist before it was used to buy the bonds. In other words, they’ve making money out of nothing to buy those bonds with. If you or I did that, it would be called counterfeiting and we’d get a nice long stay in a federal penitentiary for it. But, since it is the Fed doing it, it’s at least marginally legal.

So, between the government and the Fed, they’ve been creating 80 billion dollars of money out of nowhere, each and every month. That money has funded the part of the federal budget that isn’t covered by taxes. It has also managed to prop up the stock market, allowing Obama to point to the long bull market as proof of his economic recovery.

Unfortunately, this irresponsible action has created our own financial bubble. While stock prices rise and fall with the whims of the investors, the base value of those companies doesn’t. It stays more or less about the same. True changes in a company’s value happen slowly, through growth and new product introductions, not overnight due to a whim of the stock market. So, while stock prices have climbed, the underlying value of those companies hasn’t.

This is even more true for the blue chip stocks that make up the Dow Jones Industrial Value. Those companies were selected because they are stable companies, whose value remains consistent. So, when they rise and fall dramatically, it’s not because the company has gone up in value or lost value, but investors’ perceptions have. It’s all based upon psychology.

Going back to the recent drop in the Dow, what we’re seeing is something that has long been foretold. Many economists and financial advisors have predicted that the stock market would crash, once QE was stopped. Well, guess what? QE is all but stopped. They are down to releasing only 15 billion dollars a month worth of new funny money into the economy and the economy has reacted. The stock market crashed.

The drop on Monday the 24th was the single biggest drop in the stock market in history; even bigger than the stock market crash of October 29, 1929, which led the country into the Great Depression. But Monday’s drop, of over 1000 points of the Dow’s value, wasn’t the whole drop. From Tuesday the 18th through Tuesday the 25th, the value of the Dow went down $1,878.74; that’s over ten percent.

As of this writing, about half of that value has been recovered. It’s anyone’s guess whether it will go all the way back up or not. I’m not an investment professional, so I’m not qualified to answer that question. But I don’t believe that it’s going to go back up. In fact, I’m a bit surprised it has recovered as much as it has.

You see, what’s happening in the stock market is merely a symptom of a much greater illness. Our economy has been in trouble now since 2008. Every number that Obama’s administration releases, in order to make it look like we’re in economic recovery is false. Oh, I’m not saying that they couldn’t come up with those numbers mathematically. They didn’t just pull them out of the air. No, what they did was massage the figures until they could find a way of making it look good, even if it was less than honest.

Making inflation look low is all about picking out the right products and commodities to track. But my electrical bill has gone up by 50% in the last six years, and all I hear from the government is a promise that it will go up more. Groceries have been going up from 8% to 12% per year; but the government tries to tell us that inflation is only about 1.5% per year. Yeah, if all you count is iPads and houses.

The truth is, our economy is still in trouble. The tremors we’re seeing on the stock market are probably just the beginning. There’s a very good chance that it’s going to get a whole lot worse, before it even starts to get better.

It looks to me like it’s a good time to tighten our belts. Whatever you do, don’t take on any new debt. Look for ways to cut your existing budget and make sure you stock up on necessities. Rocky times are ahead.

CLICK HERE to find out more about how to survive the coming economic collapse.