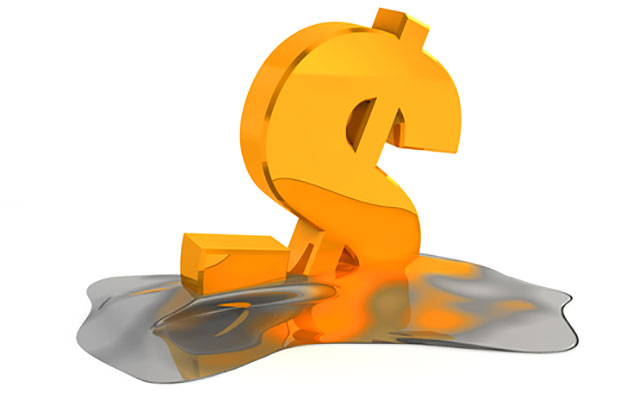 With the way that banks and the global stock markets have been behaving, many people fear that what will eventually take us down is an economic collapse. Governments are living WAY above their means and countries are printing money irresponsibly. It seems almost inevitable.

In the case of such an event, the world as we know it will change drastically for all but the most wealthy and politically connected. Their lives will change, too, but perhaps not as much as the average Joe’s will. Money will most likely lose value and other, more functional skills and wares will come into play.

Do you have the skills you need to survive an economic collapse?

Many people believe that governments will collapse along with the economy but, according to history (the Great Depression for example), that isn’t necessarily the case.

As a matter of fact, the government may swoop down and be even more oppressive.

Havoc will ensue regardless of politics, so it’s best to be prepared to live a life that isn’t based upon the value of a dollar.

A common belief is that we will resort back to pre-technology days, but we’re not entirely sure that’s the case. Now if you’re talking about other SHTF scenarios such as a plague, a super-volcano, or some other global or cosmic tragedy, THEN you need to worry about complete social collapse. The pending economic collapse may call for a bit different approach than those scenarios.

Here are a few things that you need to do and skills you need to survive an economic collapse.

Have an Emergency Stash

When the economy crashes, mass job loss is going to ensue. Considering that many people live paycheck to paycheck, foreclosures and repossessions are going to skyrocket because people simply won’t have the cash to pay mortgages or car payments. Squirrelling a bit of money away each paycheck may seem difficult now, but it’s not nearly as bad as losing your home and transportation because you didn’t tighten your belt and do it when you had the chance.

Try to have enough cash to cover at least three months of your expenses, at the bare minimum. It’s better to have at least six months or a year’s worth of money stored. Do your best to eliminate all debt as quickly as possible so that your expenses are minimal in case of job loss. Also, don’t leave it all in one bank because access may be restricted following an economic crash.

Have a nice fat cash stash at home hidden in a safe place and have several bank accounts (if you use banks) scattered about so that if money is restricted or confiscated, you don’t have all of yours in one place.

Be Prepared to Defend Your Castle

When people go broke and begin to starve, they’ll do whatever they need to do to survive. That includes breaking into your place and stealing your stockpile even if they have to hurt you to do so.

Have a secure home with powerful locks, plenty of artillery to back it up, and the skills to use that artillery. It’s a sad but true fact that you may be forced to defend your right to live with force.

Near the top of the skills that you need to survive and economic collapse should be some kind of trade that is going to be necessary and that you can use to help people willing to trade. Such skills include: 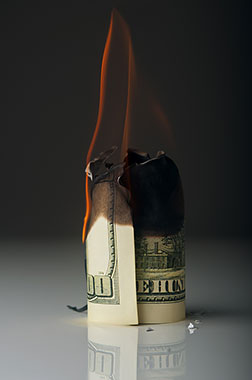 Have a Complete Stockpile

In the event that you should lose your job, it’s imperative that you have a more-than-adequate stockpile. Add extra hygiene and medical items as well as entertainment such as board games because these make excellent bartering material.

Don’t forget to include plenty of water or a way to filter water, and vitamins. It’s a good idea to keep your prepping mostly to yourself if you’re on the independent plan; otherwise, you’re going to have a ton of “friends” when things go bad.

Know How to Manage With Little Money

You’re likely going to need to be a penny pincher, at least in the beginning. Learning to do such things as couponing and combining trips to town will help you save money, as will developing the will power to walk away from luxury purchases.

Without a doubt, many people are going to have to trade for things that they need. The value of a bottle of shampoo now may not be much but if you’re trading with somebody who hasn’t had any in a month, it’s going to be pretty darned valuable.

Know what you have and know how to barter to get the best deal that makes everybody happy. Ripping people off is wrong, but so is giving away your barter!

It’s always a good idea to know how to grow and store your own food, make your own clothing and hygiene items, and take care of medical issues. These are still great skills you should have to survive an economic crash. Even if it resolves fairly quickly, you’ll have saved the money and stress that you would have wasted on finding food, etc. Always be prepared and you’ll never be caught unprepared!

An economic collapse may call for different skills and preparation than other SHTF scenarios but the skills that you need to survive an economic collapse don’t vary that much from any other situation. Just be as ready as possible prior to the event and you’re already a mile ahead of the rest!