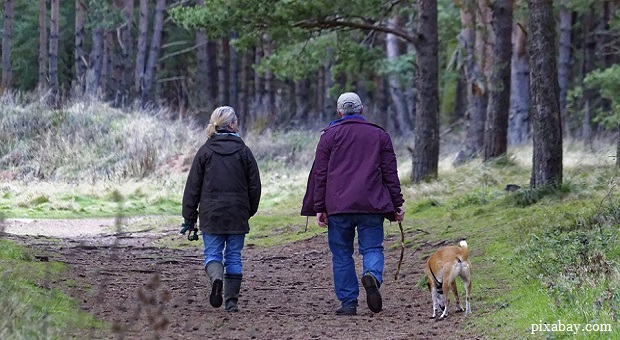 Must Follow Rules For Prepping And Training Under The Radar

There are ways to “live” survival and train every single day, even while we commute, work, eat and run errands. Habits determine our default responses when we are on autopilot, which is much of the time, whether we admit it or not.

Setting good habits and weaving situational awareness and emergency response exercises into our daily routines turns preparedness into something that we live every day instead of something we think about from time to time.

Why does it count? Well, it does, because many times having good habits allows you to train your survival skills while staying under the radar.

Here’s how to do it.

How on earth did a gunfighter like Porter Rockwell live long enough to die of old age? Porter’s secret was his habits. 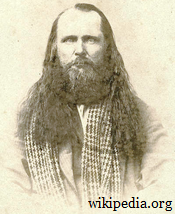 Orrin Porter Rockwell was known as the best tracker in the western territories.

He was a legendary marksman and worked as a bounty hunter, guide, body guard and law man in the old west.

Porter put a lot of folks in the dirt, and even more behind bars, which made for a lot of enemies.

Tactically, Porter had a lot stacked against him. O.P. Rockwell was every bit as famous or infamous as Wyatt Earp, Bat Masterson or Tom Horn, in his day, and historians say Rockwell killed more men then all three gunfighters combined. Porter is somewhat of a legal anomaly as historical evidence records at least two dozen deaths at his hands, with Rockwell being exonerated in every case.

He frequently traveled alone on the trail to guide parties West or tracking down fugitives. Every young gunslinger wanting to make a name for himself would have been a potential enemy and Porter often found himself outnumbered by much larger war parties or mobs, but he seemed to have faith that as long has he had more bullets than he did enemies, there was little to fear.

Porter also had a wicked Achilles heel. He drank too much.

Porter Rockwell solved his problem with a little white dog, which he carried with him on the back of his horse. The little dog served as a biological alarm system and Porter trained the dog to lick his face to wake him instead of barking.

He also removed the trigger guards from a pair of pistols, which he carried in his coat pockets, so cold fingers would not hang up on the trigger guards and he could train his guns on potential enemies as they parlayed and spoke on the trail. This gave him a decided advantage should the situation take a turn for the worse as they sorted out who was who.

Some say it was a covenant with God that protected Porter. If that was true, maybe God did so by showing Porter a better way to get the drop on his enemies.

Tradition required that David fight the giant in hand to hand combat using a sword. Had he done so, the story surely would have gone very differently. If Gladwell is right about David, I do not reckon that Porter Rockwell’s enemies stood much of a chance either.

Whether or not Porter’s and David’s strategies were divine or secular in origin, you can form tactically-sound habits and weave effective survival strategy into your daily life just like they did.

Rules to Live By

Many Survivalists have a list of rules they refer to as: Rules of Engagement, Battle Order, Code of Conduct or simply “The Rules.” They are collections of strategies and tactics.

Here are some of mine:

Professional athletes now visualize themselves pitching, batting, shooting baskets and throwing passes, over and over, before they ever lace up their shoes. Put Visualization and Actualization to work to improve your emergency preparedness and situational awareness.

2. Include Others in Your Training

Whether training in my home, on the range or visualizing a scenario in my mind, before I draw my weapon, I often do something else first … I alert my wife to the threat and step away from her.

I do this before I draw my weapon because I know that the moment I do, I become a bullet magnet. If your pattern of life typically involves others, be sure to include them in your training.

Do not linger in bed. The second that alarm clock goes off, count down, “3, … 2, … 1, … Go!” and get on your feet before you turn it off. Start every day with a small victory to set the tone and set a good habit for emergency response at the same time.

Flashback to bad YouTube video: “I don’t need no pen or paper in the bush. I’m always at 110% whenever I’m in the woods or when it hits the fan.”

If there is ever a time a checklist would make sure you do not forget anything important, it is in an emergency, but you will fight just like you train. If you do not habitually use checklists in training, you will not likely use them in an emergency.

As you dress for the day, layer for the coldest nighttime temperature as opposed to the daytime temperature because you never know when you spend an unplanned night out. When you buy new clothing, pay attention to the messages it communicates to others.

Keep clothing low key, but functional. Put together a turnout bag to get ready quickly in emergencies without forgetting anything.

6. Be Aware of Your Surroundings

7. Carry Only What You Need

I also often hear the space-shuttle door-gun qualified crowd of high-speed, low-drag operators enlightening one and all, preaching the carry of a little less than needed. “It encourages problem solving.” they say.

Coming back down to earth, if you can round up two brain cells to rub together, either you need a piece of kit or you don’t. If you carry one less bullet, trauma dressing, battery or bobby pin than needed, I should not have to tell you exactly how the story ends, and it will not matter how many millions of dollars the government spent training you.

Do learn the skills, but counting on your environment to cough up critical resources precisely when and where you need them contravenes thousands of years of human development. Man has carried survival kits for at least that long.

Carrying less than needed is a fine way to train when you have a safety backup. On game day, it is simply another sorry justification of incompetence.

Don’t put all your eggs in one basket. Want to carry less? By caching supplies in AO’s (Areas of Operations) and routes of travel, you can carry less and still have supplies nearby should you need them.

Do you have a cache at work? Near your home, but not on your property? Caches can take many forms. Not all of them are hidden or even need to be, but some of the best hidden caches are hidden in plain sight.

Master Po might tell you his eyes will betray his actions, but your attacker is going to kill you with his hands or the weapon he is holding, so that is what you need to check.

Carry concealed and your sidearm and knife are aces in the hole. Carry openly and you might as well wear a t-shirt that says, “Shoot me first.” An openly displayed firearm or knife gives an enemy more information than you should.

SSR gear goes in your pockets or on your belt or otherwise strapped to your body, not in your pack which is easily and oft separated from you. Do you carry a pocket SSR kit in your every day carry?

I have carried one for years and it has helped me on countless occasions. The key is keeping the core small enough and modular so that you never have to leave it behind.

12. Always Have an Exit Strategy/Escape Plan

To escape from restraints, carry, cache and be able to procure or create restraint escape kit. To escape from rooms, building or vehicles, you need destructive entry/exit tools like:

There might be other situations when you need to escape, and items you might use to escape, as follows:

When you’re a prepper, anything you do is very much connected with your survival goals, while staying under the radar is a must.  Will you be able to do it?