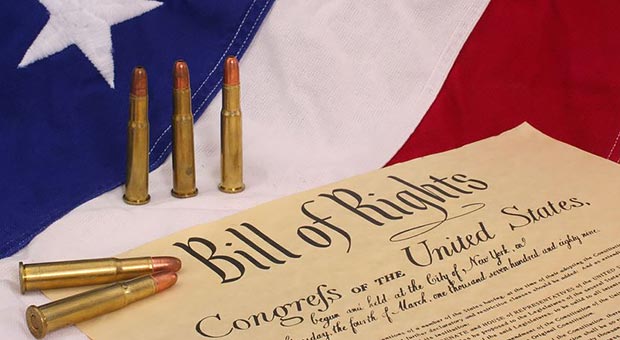 Rules for Carrying Firearms Across the US

Carrying firearms across United States requires for the carrier to be willing to comply with each state’s jurisdiction. Always remember that one is more subject to the gun laws of the state one is traveling to or visiting, as opposed to the laws existing in the state in which one lives.

The Bill of Rights–the first ten amendments to the United States Constitution–was ratified in 1791.  This included the Second Amendment, which protects the right of American citizens to keep and bear arms.

In 1968, over 170 years later, Congress passed the “Gun Control Act”, which prohibits illegal aliens, felons, those diagnosed with mental illness, dishonorably discharged veterans, and other codified people from legally possessing or purchasing any firearms. Today, federal guns laws are enforced by the Bureau of Alcohol, Tobacco, Firearms, and Explosives (the ATF).    However, the ATF does not create laws, nor can it always enforce federal law in certain states.

It is often a slippery slope when it comes to which branch of government (federal, state, or local) defines the ultimate law when it comes to the possession of firearms, especially when traveling across state lines.  United, these states are not, particularly when it comes to matters of gun laws.  This makes for carrying firearms from one portion of the country to another a precarious and often indefinable matter.

To begin, there is no federal permit available (or required) for transportation of a firearm from state-to-state.  That sounds like a done and simple deal for someone who has a registered handgun in Nebraska and wants to bring it with him/her to Colorado on vacation.   In reality, doing so is easier said than done.

By verdict of Printz v.  United States in 1997, states are not legally obligated to enforce federal gun laws.  Additionally, some states have preemption, meaning the regulation of firearms is only governed by the laws of that particular state.  To complicate matters further, the local governments in some states are able to pass even more restrictive gun laws.  This is merely pointing out that local legislation can trump state and even federal regulation sometimes.

The main rules for using/owning a gun (while staying put) are essentially the same for travelling, and include:

If you plan to carry a gun across the US, you have to be ready and willing to comply with each state’s jurisdiction.  The Firearms Owners’ Protection Act (FOPA) promises to protect anyone carrying a firearm for lawful purposes from local restrictions.   However, as mentioned above, local laws may come into affect as soon as any firearm is “carried on or about a person, placed or loaded, or readily accessible in a vehicle”.  Be aware that many states will recognize FOPA statues only after you’ve been arrested to view your neglect as an affirmative defense.

If traveling by car or bus, the “Safe Passage Provision” basically protects a gun-owner from being put in jail if he or she is traveling through a place that has strict gun control (stricter than where he came from).   That is to say that he/she must be on his way to somewhere else when stopping to eat or refuel and then moving on to his intended destination.

For example, a competition shooter driving with a rifle on his way from Virginia to Maine could not be arrested and incarcerated in New Jersey because he was passing through.  If he decided to stay in New Jersey for a prolonged period of  time for some unknown reason then, yes, he could be prosecuted.

Carrying a concealed handgun across the United States has many diverse stipulations.  Residents of one particular state must get a license from the state to which they are traveling.  Or, on a broader scale, one may acquire a license from a state like Florida that allows nonresidents a permit to travel into approximately 28 other states with his/her concealed permit.

The majority of U.S.  states accept a “Shall-Issue” jurisdiction, which is when a person meets reasonable criteria for owning a gun.  In many cases, these individuals are allowed a license for a concealed weapon if they choose.  A “May-Issue” ensues when a state requires a permit, but one that is at the discretion of local authorities.  This type of stringent concealed-handgun law exists in California and New York, perhaps because of celebrity-stalkers and the need for extended personal-protection from actors, producers, etc.  Regardless, these states may enforce trespassing laws on individuals from other states with concealed weapons as hanging around too long and not just “passing through.”

Basically, if one is a registered, legal firearm-owner in his/her state, the best advice–if the plan is to travel across the United State–is to seek  an understanding of the laws of each state you will travel through.  A quick search on the Internet or even a call to a town’s Chamber of Commerce can facilitate your trip and ease your legal worries.

Remember, we still have our Bill of Rights.  Although some states have limitations, we still thankfully have the ability to travel freely.  And more importantly, we have the right to own our guns and use them for home protection if we choose.