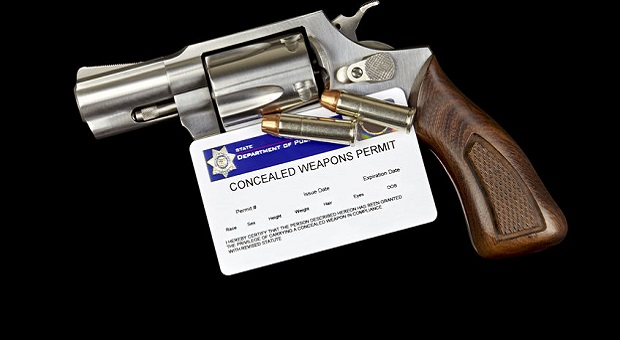 What You Need To Know About Getting A Concealed Carry Permit

When it comes right down to keeping guns during crisis, an anti-gunner aiming to get guns away from everyone will act in a manner that only serves to create more false justification for increased gun regulations.

Just play it safe and use the laws to your advantage to wage lawsuits and demand legislative changes instead of getting hung up by them. Make it your business and do involve your ego and pride in making repeal of gun laws the litmus test for election.

Do not allow yourself, your family members, or those on your survival team to become the reason for more gun control laws, and the reason for anti-gun scammers making more money while they destroy our safety and society.

If you are going to keep guns in the pre-crisis period and want to ensure the having them during and after the crisis, keep these thought in mind and follow the laws of your locality, especially on carrying a concealed handgun.

In all states in the US, concealed carry handgun permits are usually issued by the circuit court of the county or city in which the applicant resides. In most states, to carry a concealed weapon you must have a concealed weapons permit.

An increasing number of states are allowing concealed carry without a permit, however you should still be aware of restrictions related to where you can and cannot carry.

How to Get a Concealed Handgun Permit

To get a concealed handgun permit, the person putting in the application:

There usually is no requirement related to the length of time an applicant for conceal carry permit must have been a resident or living in the county or city where he or she currently resides.

In most states that offer the concealed carry permit, you must have documentation of proof of handgun competency. Most states have several ways of filling this requirement.

To prove that you have met the requirements of knowing how to correctly use a firearm, you must submit a copy of your certificate of completion of the course or evidence of participation in firearms competition.

Most states have state regulated fees that the applicant must pay in order to get his or her concealed handgun permit. Usually the court also has a small fee for handling the application. This is known as the application fee.

Your local police or sheriff department usually charges an investigation fee which covers your background check and your fingerprint check fee. Usually your state police also have a small fee to cover their end of processing the application. Each state has a maximum charge that any city or county can charge for processing your concealed handgun permit application.

Most states also have time limits that the courts must have the application completed by. They are usually between 30 to 45 days to complete all the necessary investigations and for the judge to make his decision on whether to issue or not to issue the concealed handgun carry permit.

How to Renew Your Permit

You must reapply to the court using the same procedures that your state decreed to get your first concealed carry permit. If the investigation reveals that you are no longer eligible to have this permit, then you must surrender the permit back to the court that issued it.

If your permit was revoked, you have the right to your day in court. You have a right to be represented by counsel and the Rules of Evidence shall apply. The final order of the court will include the court’s findings of fact and the conclusions of the law.

If you disagree with the lower courts findings and conclusions, most states allow your case to be heard and reviewed by the Court of Appeals of that state. Usually the decision of a court of appeals is final.

When Aren’t You Allowed to Get the Permit?

Here are a few reasons why an individual would not be qualified to obtain a concealed carry permit:

Most states have laws in their concealed carry statutes that define prohibited conduct and where unlawful to carry:

Reciprocity and Recognition Between States

Several states have entered into formal agreements to mutually recognize permits. This arrangement is commonly called reciprocity or mutual recognition of each other’s permits.

While 37 states have this agreement with at least one other state and several states honor all out of state concealed carry permits, some states have special requirements like training courses or safety exams, and therefore do not honor permits from states that do not have such requirements for issue.

Some states make exceptions for persons under the minimum age (usually 21) if they are active or honorably discharged members of the military or a police force. States that do not have this exception generally do not recognize any license from states that do.

Where Are You and Are You Not Allowed to Carry

Although carry may be legal under state law in accordance with reciprocity agreements, the Federal Gun Free School Zones Act subjects an out of state permit holder to federal felony prosecution if they carry a firearm within 1000 feet of any kindergarten through 12th grade school property line.

However the enforcement of this statute is rare given several states have nullification statutes prohibiting state law enforcement officers from enforcing federal firearms laws.

Restricted areas where concealed weapons may not be carried:

There are many states that have Legal Gun Free Zones, and you should learn where these zones are in your state of residency and in those states that you are visiting.

In these states, any private business can post a sign prohibiting concealed carry on their business property. Violating these posted signs in some states are grounds for revocation of the offenders concealed carry permit and criminal prosecution.

In other states, they only enforce trespassing laws when a person violates a gun free zone sign. By posting these signs, business create areas where it is illegal to carry a concealed handgun similar to regulations concerning schools,hospitals and public gatherings.

In addition to placing a sign on the property, all jurisdictions allow some form of oral communication by the lawful owner or controller of the property that the person is not welcome and should leave.

Are this limitation viable? There is considerable dispute over the effectiveness of such gun free zones. Here only law abiding citizens are being punished. Those individuals cannot carry firearms legally just ignore these signs.

I have personally seen over the years when restaurants put up the no concealed carry weapons allowed signs on their doors and they were robbed.

All this did was wave a flag in front of the criminal individuals of these areas to go ahead and rob the place blind. They didn’t worry about it because no one was armed and could shoot back at them. So they took what they wanted and when satisfied left the area before police response could intervene.

I guess these restaurants learned a very expensive lesson. It is better to have a few concealed carry individuals on the premises than to be completely defenseless.

Furthermore those wishing to commit mass murder might intentionally choose gun-free areas like shopping malls, schools, and churches, where general carry is prohibited by statute or signs. Here the population inside these areas is disarmed and could do nothing to stop them. Actually, statistics show that all but 2 mass shootings were carried out in gun free zones.

Printing refers to the circumstances were the shape or outline of a firearm is visible through a garment while the gun is still fully covered and holstered.

Printing generally is not desired when carrying a concealed weapon. An individual can see the printing of the firearm on your person and they know you are armed. Doing this could warn the criminal that you are armed and you could be the first one shot.

Brandishing can refer to different actions depending on the state. These actions can include printing through a garment, pulling back clothing to expose the gun, unholstering a gun, and exhibiting it in the hand.

The intent to intimidate or threaten someone may or may not be required legally or to be considered brandishing. In most states brandishing is a crime, but the definition of brandishing varies widely in US. 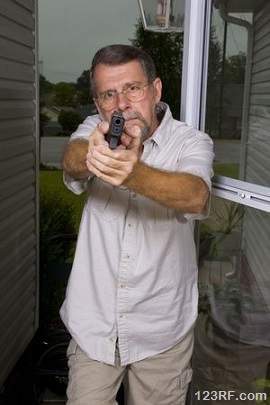 Some states have a duty to retreat provisions which requires a permit holder, especially in public places, to vacate him or herself from a potentially dangerous situation before resorting to deadly force. The duty to retreat does not restrictively apply in a person’s home or business even though escalation of force may be required.

A majority of states who allow concealed carry forbid suits being brought in such cases either by barring lawsuits for damages resulting from criminal act on the part of the plaintiff or by granting the gun owner immunity from such civil suit if it is found that he or she was justified in shooting.

In the 1895 Supreme Court ruled in Beard vs US, if an individual does not provoke an assault, and is residing in place that they have the right to be, then they may use considerable force against someone they really believe may do them serious harm without being charged with murder or manslaughter should that person be killed.

In most states lethal force is only authorized when serious harm is presumed to be imminent.