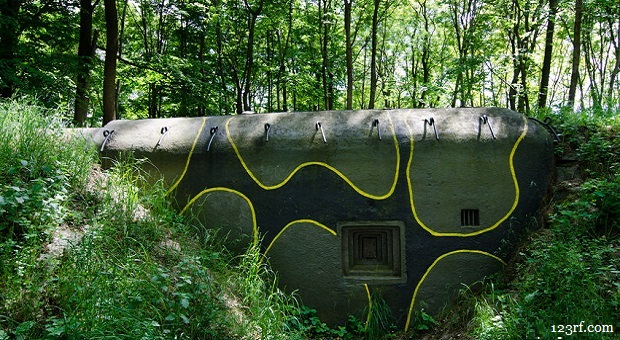 Make Your Survival Shelter Invisible With These 10 Tips

We are living in times when people believe that a growing economy and an increase in job opportunities equates to some strange kind of mayhem, destruction, and chaos.

Also foreign adversaries are just as eager to cause problems no matter what we do to advance ourselves and our allies.

Combined with all the natural disasters that are increasing in rate and severity, prepping and complex survival scenario planning become more important than ever. Having a survival shelter helps you survive, and so is ensuring that others cannot find it.

Keep reading to find out how to keep your survival shelter our of sight!

One of the easiest ways to make a survival shelter invisible is to build it underground. People that are looking for food, supplies, or other resources will usually look for buildings that may house what they are looking for.

If you build your shelter underground, there are some other advantages when it comes to keeping its location as secret as possible.

Underground shelters are some of the best when it comes to noise dampening, which is especially important if operating machinery underground, or having children living with you in the shelter. Remember, even one stray sound, no matter how faint, can reveal the presence of a shelter and people taking refuge in it. Minimizing this risk with an underground shelter will be an advantage.

Once you start tunneling underground, you can build the shelter a good distance away from the entry point, giving you plenty of room and options for making it harder to locate the shelter from above ground.

For example, you can use decoys as well as other methods to make people think they found your hiding place, even though you are still in a safe place with all of your supplies. Unfortunately, if you have only a small amount of land, creating decoys and distractions can be very difficult for above-ground shelters. 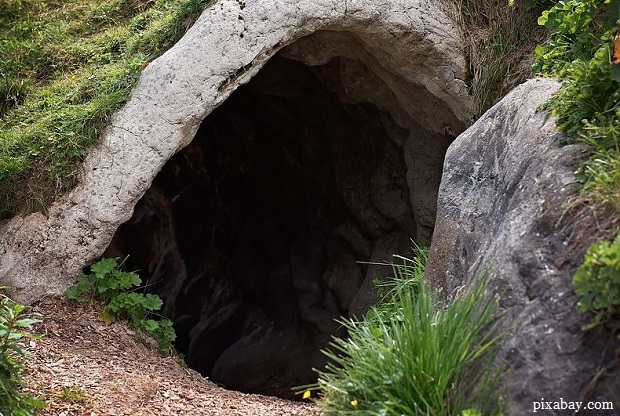 2. Choose Materials for Avoiding Radar and Other Sensors

Not so long ago, metal detectors and other devices were fairly expensive. Also, various kinds of radar devices and thermal heat signature detecting devices were either extremely expensive or unavailable to the public.

But today it isn’t impossible to build or get a hold of this equipment on your own, which means that protecting your shelter from electronic detection means may be more complicated than expected.

One of the most important things to do is make sure that thermal signatures such as bodies, heating systems, and other heat generating devices remain undetected while in operation. Also make sure that metals and other signatures are not easy to pick up in shapes that might interest those looking for supplies or anything else that can be used.

Underground shelters can shield from a lot of different devices, but there are others that can pick up cavities, metal signatures, and many other things that may reveal the location of your shelter or any decoys connected to it.

So if you decide on an underground shelter, make sure that you know how to break up the appearance of key signatures or find other ways to hide them, using paints that block or absorb certain frequencies, or other materials used to make the entire area look like an old debris field.

If you are building a shelter from scratch, unusual shapes that fit the landscape will offer the best insofar as invisibility. For example:

In any environment, brush, dust, and many other things will build up around items where people don’t clean up or move things around. When it comes to keeping your shelter invisible, making it look like no one is there is very important.

If you are using a conventional wood or brick structure for your shelter, make the walls, roof, and other surfaces amenable to different coverings, using vines, dust, and even garbage that may blow into your yard from time to time.

If you think of shelter coverings as being like a ghillie suit for buildings and shelters, then it may give you some good ideas about how best to hide your shelter from prying eyes. You want the shelter to blend into the landscape so that people don’t see it or recognize it for what it is.

Even breaking up the impression of straight lines in a shadow can make the difference. No matter how you look at it, coverings that break up light and shadows are bound to be as important as they are when you need to hide your physical presence in various settings.

5. Pros and Cons of Making the Shelter Look Abandoned and Unliveable

Making your shelter look derelict on the outside can have advantages and disadvantages.

On the positive side, people looking for expensive things to steal, food, weapons, or other valuables will more than likely look for buildings that are in better repair. If your home looks rich and expensive, then there must also be something worth stealing inside, so better looking buildings and their occupants will be looted and invaded first during a riot. 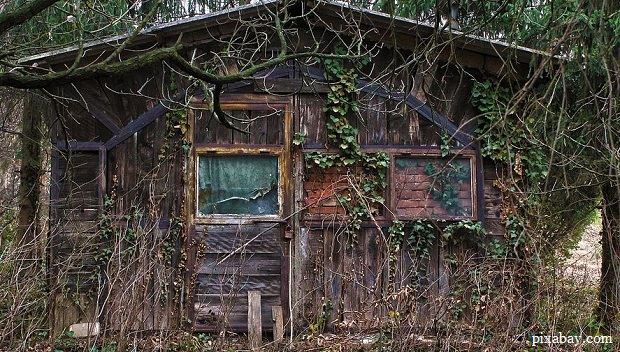 On the other side, in the later stages of a major crisis, most rioters and others will be homeless and looking for any place to stay. So homeless and desperate people will look for shelters that are the most run down to inhabit.

If they think the building is abandoned, the homeless will crawl into just about anything and build a fire or do something else to make the shelter more comfortable. Under these circumstances, homeless people passing through your area even now may decide to try and inhabit your survival shelter.

Unless those searching for you have advanced radar or other detection systems, appearances can be your best weapon for making a shelter invisible. Aside from terrain specific shapes, there are some other ways to disguise the shelter to look like something else:

7. Use Smaller Modules Across the Property

When looters and thieves are looking for viable targets, they focus mainly on larger buildings that promise enough material to make it worth breaking in. This is just one of many reasons why you should always break up your stockpile into smaller groups of materials even if you aren’t interested in making your shelter invisible.

In some cases, if thieves find small items “hidden”, they may leave the rest of your stockpile alone.

When building a survival shelter, do not put all your focus on fitting everything into one location, but have two or three different shelters scattered throughout your property.

For example, you might make one small underground bunker, one above ground hidden in brush and brambles, and one in some other location. Even if people spot one, it is not likely they will look for a second and third shelter.

Even if you have lived through a catastrophic hurricane, it can still be hard to believe that a bigger crisis will occur, or that extreme prepping is a matter of paranoia.

There may also be a level of prepping that you won’t go simply because you think the odds of a social collapse that spans decades is a matter of “if” as opposed to “when”. It also means that you may overlook critical things when it comes to concealing your survival shelter.

You might think that running water in the shelter, electricity, gas, and phone service are very important. While digging a well and placing the pipes underground would be suitable for concealment purposes, you might choose to simply hook up some pipes from your home and extend them into the secondary shelter. If anyone comes to your home, those pipes will be easy to spot and can lead other people right to your hiding place.

Burying those pipes underground may work better, but remember that the water meter outside your house will continue to run. All anyone has to do is see that meter moving to know that someone is living close by.

Power lines with meters attached and other utility wires can also make it easy to track the location of your shelter. Rather than take these chances, find a way to live without power as much as possible, and use communication means that don’t rely on cable or internet access.

Foxhole radios, bullroarers, and many other devices can be used for communications in a time of need. In fact, it would be better to have these systems on hand if more complicated equipment is wiped out as it was in Puerto Rico.

9. Avoid Obvious Pathways To or From the Shelter

As with power lines, obvious pathways worn into the grass or the surrounding area can alert others to the location of your shelter. Even trampling sand or soil can leave signs of packing that will make other people curious enough to investigate. If you are still adding provisions to the shelter, or need to access it on a routine basis, there are some things you can do to avoid the signs of pathways to and from the shelter:

10. Avoid the Shelter When Others are Watching

It’s obvious that you should never enter or exit your shelter when other people are watching. No matter whether you created a liveable “lawn ornament” using an old car frame or some other object, disappearing into it or exiting it will alert anyone watching that something is hidden in the structure.

If your shelter is hidden in the woods, ensure you haven’t been followed to the site. If you can do so without alerting others to your hideaway, install trail cameras around the area. This will help you find out if other people followed you, or if they are nosing around. Conceal the cameras as high off the ground as possible so that they escape detection.

When it comes to concealing your entrance and exit times, don’t rely on night time to cover your activities. Given the availability of night vision gear and cameras, you never really know what kind of surveillance is going on all around you. Visit the shelter in daylight hours, or at times when electronic surveillance devices may have the hardest time picking up on your presence. Experiment with night vision enabled cameras to see when they convert from color to black and white as well as lighting patterns that they may not easily work well in.

Concealing your survival shelter isn’t something you may be able to do as an afterthought. Instead, if you are making plans to build a new shelter, figure out how to build in features that will make it hard to spot by humans, tracking animals, and various kinds of surveillance and detection devices.

Stay up to date on all emerging technologies or tracking methods that might be used to find your survival shelter. Once you know what you are up against, you have a better chance to revise your shelter and ensure that it will stay invisible and safe! 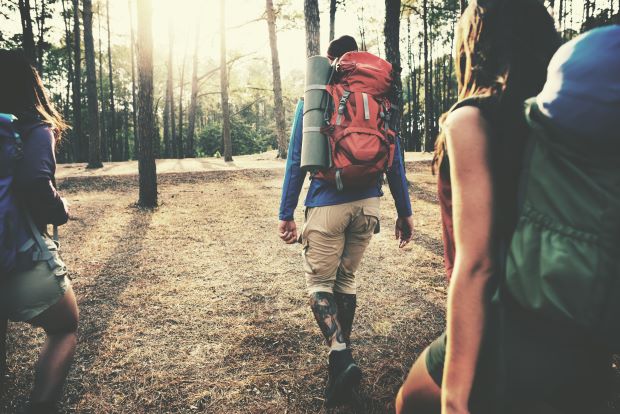 The Ultimate Survival Guide To Camping