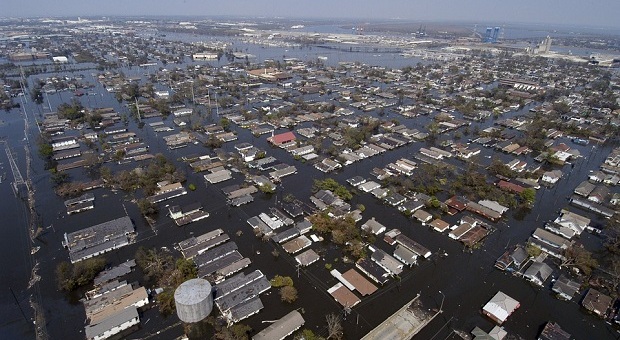 “Louisiana? We Don’t See Nothing”

It’s become increasingly clear over the last several years that the news media in this country has abandoned their post.

Whereas once upon a time we could count on them to keep us informed about what is going on in the world, they have given up even pretending to do that. Instead, they are focusing on a never-ending string of fluff stories, intended to distract us from what is going on in Washington, rather than inform us about what our government is doing.

All my life, the mainstream media has leaned towards the left and supported the Democrat party. That’s nothing new. I’m used to seeing them badmouth Republicans and other conservatives, while letting Democrats get away with things.

But what I had seen before is nothing compared to what I am seeing now. There is no longer even a patina of legitimacy in the mainstream media. They have finally and fully sold out.

This is tragic, because the media holds a very important place in American society and politics. Or, I should say, they used to. The Founding Fathers intentionally gave us a free press, so that we would be protected from our government. That press would dig in and root out the rot that the government was trying to hide, letting us know what wrongs they were committing.

As recently as Nixon, the news media was on the job, doing what they were supposed to do. They uncovered the whole Watergate fiasco and slaughtered President Nixon’s reputation, putting his crimes on public display. Of course, he was a Republican, which might have added to their journalistic zeal, but still, they did the job right.

That birthed a whole new generation of “investigative reporters” who grew up in collage hearing about the glory days of the Watergate scandal. For a number of years, the goal of every journalist graduating from college was to break another such story; and so they worked hard to find one to break.

But that’s all in the past. Perhaps it will come back if Trump wins the election and becomes president, but I doubt it. Today’s media doesn’t care about the truth anymore, all they care about is furthering a liberal agenda.

So regardless of who wins the election, you can be sure that they will continue along that line. Oh, they might attack Trump to make him look bad, but it will be done with the intent of furthering progressive liberalism, not because Trump deserves it.

A clear part of this strategy is always to make Democrats, the party of the liberals, look good and to make Republicans, the party which is supposed to be for the conservatives, look bad. They do this, while pretending to deliver the news, through the stories they select and the way they choose to “spin” those stories.

History Repeating, Still Nothing to Learn from It

The current situation in Louisiana is a perfect example. Eleven years ago, Hurricane Katrina hit New Orleans and the Gulf shore states. The dikes around New Orleans failed and the city flooded, forcing hundreds of thousands of people to evacuate. Many lost their homes and all their worldly goods, and some even lost their lives.

That hurricane hit while President George W. Bush was on vacation at his ranch in Texas, causing him to cut his vacation short and return to Washington early. While he had been managing the crisis from his ranch, the president needs the full capability of the government to handle a crisis, and that’s located in Washington.

I think it’s important to note some of the actions that Bush took, before returning to Washington. While they were not perfect, they did show that he was not unaware of the situation and that he was doing his job to bring relief. Specifically, he:

As he flew back, Air Force One overflew the damaged areas so that Bush could get a birds-eye view of the damage. But on that trip, he didn’t stop. That was a few days later. But the media bashed him mercilessly for his “flyover,” accusing him of not caring about the people suffering on the ground.

We heard and saw reports about the damage that Katrina caused daily. Over and over again, the press hammered the government for their slow and uncoordinated response. While some of the blame was misdirected, blaming Bush for things that were actually the Governor’s and local officials’ fault, there was plenty that went wrong and plenty to blame. The media did their job and shoveled that blame out in bucketfuls.

Along with everyone else, I believe the federal response to Katrina was uncoordinated, slow and poorly executed. I hoped that the government and especially FEMA, the government’s department to take care of such emergencies, would learn from their mistakes and be better prepared the next time a disaster struck. But my hope, like that of many others, was in vain.

Seven years later, Hurricane Sandy struck the Eastern Seaboard, hitting most heavily in New Jersey. But FEMA’s response was no better. Rather than working proactively to be able to bring aid to the people, they didn’t put out requests for quotes (RFQs) until the day after the hurricane hit. Once again, the federal government failed the people they were sworn to protect.

But you and I didn’t hear that, because it wasn’t reported. We didn’t have an endless litany of the government’s failures in that disaster. In fact, we hardly heard a thing about it.

Yet the people on the ground suffered much like those in New Orleans had. Some were without lights for weeks. Many had to resort to dumpster diving, in order to find something to eat. Rather than bringing in help, FEMA brought along truckloads of red tape for those who were seeking to rebuild their lives.

Where was the media outrage?

I’ll tell you where it was… it had been packed away in the closet, awaiting another Republican president. The media’s fair-haired boy, Obama was sitting in the Oval Office; and they wouldn’t do a thing to tarnish his reputation. Rather than working overtime, as they had done to blame Bush, they were working overtime to hide the facts and protect Obama.

Such is the American mainstream media.

It is now eleven years after Katrina and five years after Sandy. Once again, Louisiana is underwater. But this time, it’s not New Orleans that’s underwater, but rather one-third of the state’s parishes (that’s counties to you and I). Seventy-five percent of the homes in those parishes are severely damaged; the homes of about two million people. Yet we haven’t heard hardly a word about it.

Why haven’t we heard anything? Because Obama is on vacation. The news media is protecting him once again. He’s not going to break off his time of playing golf and hob-nobbing with the rich and famous for something as minor as a bit of flooding, even though there are Blacks whose homes have been flooded too.

He took a few minutes out of his busy vacation to declare it a federal disaster area, but aside from that, he hasn’t even done a press release sympathizing with those who are suffering.

There is one other thing he’s done… or rather, had his Department of Injustice do. That is to release a document demanding that officials who are bringing relief to the area not discriminate. That’s right; while black and white Cajuns are working to save each other’s lives, he’s already trying to turn this into another misguided racial battle.

And the media is covering it up. Oh, if you asked them, they would disagree with me. They’d probably say something like “It’s not newsworthy.” That’s their favorite excuse for hiding things. But who decides what’s newsworthy? The news media. So what they’re really saying is, they don’t want to cover it.

As far as the media is concerned, those two million suffering people aren’t worth mentioning. If a black thug gets himself shot while committing a crime, they make headlines for a week. But honest, law-abiding citizens, who are struggling to survive aren’t worth the time it takes to mention them.

I don’t know what this is, but it’s certainly not the country that the Founding Fathers created. Can you imagine Ben Franklin ignoring the plight of these people, so that he could talk about transgender bathroom rights?

I said it eight years ago and I’ll say it again. The most dangerous thing that Obama has done to this country has been the loss of the media. When he convinced them to stop reporting news and become his lackeys, we lost the ability to see what our government is doing. They can now do anything they want, and we won’t be any the wiser.

No wonder our freedom is being eroded away. When those who are responsible for keeping watch over that freedom have sold out to the enemy, we have no recourse left.

Our country is on a downhill slide and it will only get steeper. But then, the media will do all they can to tell us that everything is just fine.