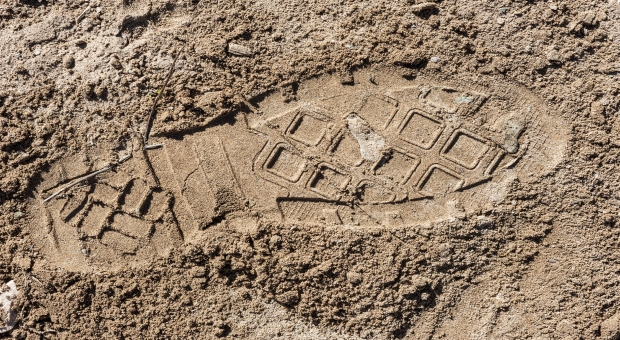 How To Track A Person Missing In A Forest

Tracking a person who is lost but wants to be found ought to be easier than tracking someone who is going out of their way to not be found. Unfortunately, this is not always the case because the folks who most often need finding are very young, suffering from dementia, mentally challenged or simply not functioning at 100% suffering due to fear, panic, injury, exposure, dehydration, malnutrition of some combination thereof.

Obtain topo maps of the area. Answer the following questions as completely as possible:

If the quarry party has any outdoor experience, they may leave a trip plan with a responsible party and on the dash of the vehicle, but don’t count on it. If they did, it may contain the answers to the questions in this section along with sheets of aluminum foil that they will have stepped on, leaving clear impressions of their footwear. Even though this is recommended, it is rare that people do it. Perhaps it is rare that the type of person who leaves a trip plan gets lost. If you find the vehicle and see an envelope or packet, gain access to the vehicle to see if it contains a trip plan. Using the map, define primary and secondary search areas based on the time elapsed since they were last seen, route and estimated speed of travel.

Because a certain type of person is fascinated with cool-sounding vocabulary, the term “sign cutting” is now nearly interchangeable with “tracking.” What cutting sign used to mean, was what a tracker does to initially find a track or to find it again after losing it.

The US Border Patrol uses dirt roads to cut sign along our nation’s southern border. The lack of rain and fine dust along the border make for a great tracking medium, so agents use chains to drag tires behind trucks to smooth or rake the road surface. When illegal immigrants cross the border and head North, their tracks are easy to spot where they cross dirt roads or the dirt medians of paved roads. Sign cutting along roads using vehicles enables border patrol agents to cover a lot of ground very quickly and effectively.

If you do not have conclusive sign to start from, note roads, trails and other lines of drift that might be useful for sign cutting. The quarry’s vehicle, camp or the last place they were seen are the best place to begin sign cutting.

Use all your senses

Stay alert and don’t fixate on visual ground sign. You might miss a trail sign, blaze or note. By smelling a campfire, spotting a signal or hearing a whistle, you may be able to cut the search short.

If new to tracking, try a tracking stick

If the quarry has outdoor experience, once they become injured or realize they are lost, they may stay put and create signals or begin leaving notes, trail signs or blazes. Blazes are made by remove a bit of bark from a tree in forests. They may also flag trees with brightly colored flagging tape or with retro-reflective tape that will reflect light back brightly at night and uses bright colors for visibility by day. In forested terrain, they may also make trail signs by breaking twigs or saplings in the direction of travel or by lining up sticks on the ground to make arrow shapes to indicate the direction of travel. In forest meadows, trail signs are made by tying tufts of grass and in rocky terrain, trail signs are created by piling rocks in kairns.

The biodiversity of forests impacts the terrain and together, the terrain and the life in it create numerous clues for trackers who know what to look for. Trees, their fallen leaves, needles and sticks, undergrowth, spider webs, streams, mud, sand, moss growing on rocks, trees and the forest floor, all of it gives trackers something to work with.

You don’t want to pass right by the quarry without you hearing or seeing them or them hearing or seeing you and if they’ve built a survival shelter to block the wind and keep warm, they provide great camouflage, much like a hunting blind. Whistles are a great way to let someone know that you are in the area without losing your voice.

The following is a glossary of tracking terms useful in SAR (Search and Rescue) tracking.

Activity Indicator – Sign or spoor that provides evidence that a specific activity has taken place.

Aging – The combined effects of the passage of time; wind, blown sand or snow, precipitation, drying, freezing, falling or growing foliage, contamination litter and other effects.

Animal Indicator – Spoor that presents evidence of the quarry species.

Auditory Indicator – Sound evidence of the quarry such as voices, radio noise or animal calls.

Average Pace Method – A method of estimating the size of a quarry party.

Bodily Discharge Indicator – Evidence of the quarry in the form of material discharged from the body such as fecal matter, urine or tobacco spittle.

Box Method – A method of estimating the size of a quarry party.

Color Change – Differentiation in color noticeable between a track or sign and the surrounding environment.

Combat Tracking – The discipline of finding, analyzing, following, and interpreting the sign or spoor of quarry, typically as a military or paramilitary squad or unit.

Comparison Method – A method of estimating the size of a quarry party.

Contamination – When track is contaminated by wildlife, the tracking party or a third party. See ‘Sign, Third-party Sign.’

Counter-tracking – The discipline of eluding a tracker or tracking unit.

Direct Count Method – A method of estimating the size of a quarry party.

Disturbance – A disruption of the natural state of the surroundings caused by the movement of the quarry.

Dwell Time – How long the quarry appears to have spent at a particular location.

Exit/Entry Points – Door, windows, passages, portal or points where the quarry transitions from one surrounding to another.

Flattening – The descriptor for the pancake effect of pressure on an area when compared to the surrounding surface.

Foot Angle – Angular measurement from the midline of the foot to the line of travel.

Incident Site – Location where a discernable event occurred that can be linked to the quarry.

Pace Tracking – Tracking the quarry move for move or ‘pace for pace’ to determine likely future movements or locations to search for footfalls or sign.

Quarry or Quarry Party – The animal, individual or party being pursued by the tracking party.

Regularity – The descriptor for the characteristically geometric and manmade sign left by manufactured soles and treads.

Straight Edge – Line left on a blade of grass, leaf or other object by the pressure of contact.

Stride/Stride Length – Average linear measurement from the rear of one heel impression to the next.

Stride Width – Average perpendicular linear measurement from the inside of one set of foot impressions to the other.

Time Bracket – The subset of time from the earliest to the latest possible time which sign could have been left, the latest extreme possible being when the sign was discovered.

Tracking – The discipline of finding, analyzing, following, and interpreting the sign or spoor of quarry.

Tracking Medium – Earth, substance or material in which marks or spoor are left.

Tracking Picture – Comprehensive image gathered by the tracker over a given section of a track.

Trailing – Covertly following quarry from a distance while avoiding discovery.

Traits – Attributes or differentia that character a quarry.

Transfer/Transference – Deposition or transmission brought with the quarry as it moves from one surrounding to another.

Tuning In – Term describing the process of ‘becoming the quarry’ to determine his likely physical condition, thoughts, thought process and thereby conclude what are likely to be his next actions.

Visual Indicator – American combat tracking term for sign that is detectable using the sense of sight. 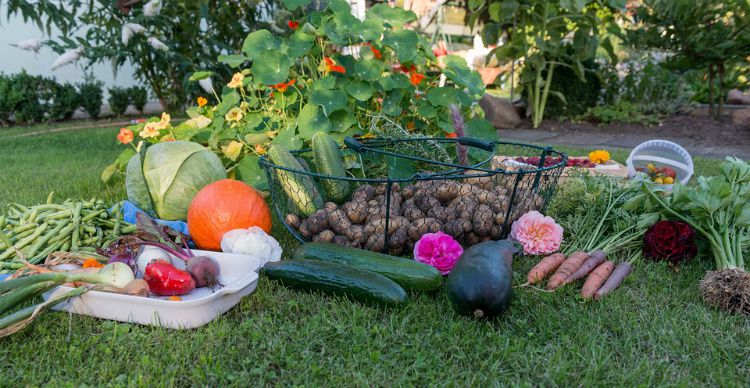 Vegetable garden: How to start one from scratch 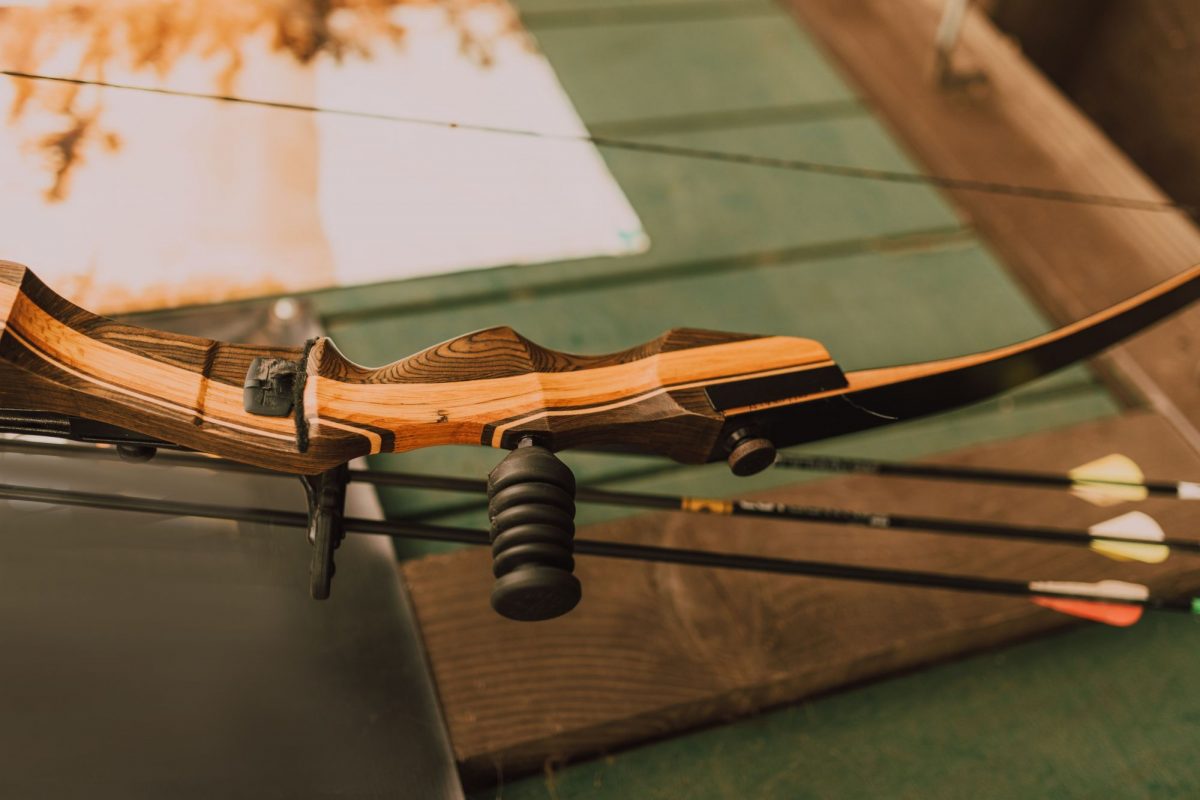 9 Reasons For Hunting with a Bow & Arrow 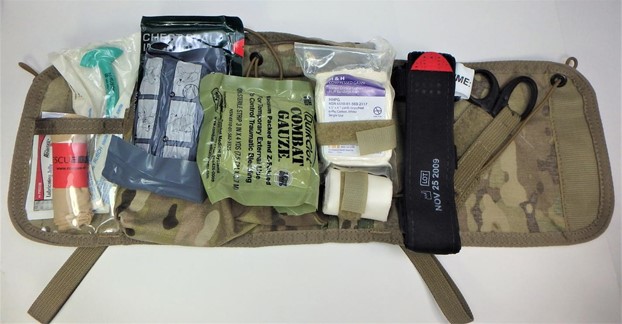