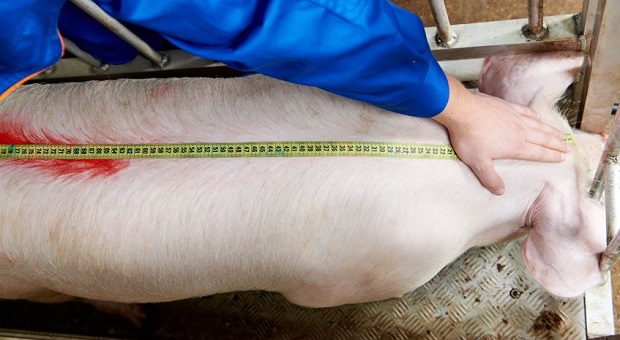 5 Ways To Measure Foods Without A Scale

Once upon a time, there was no such thing as a scale, but there was definitely the need to measure the weight of food and goods without a scale for the sake of sale and barter. Systems were developed that were used for centuries until rudimentary scales were invented.

Now, of course, we have scales that can measure to the zillionth of an ounce, but what happens if SHTF and we don’t have batteries or power to run those scales?

We probably would go back to the old ways of measuring. There are still old fashioned grain and livestock scales and more could be built, but not everybody will have access to one. So, what would those people do? We’ve studied some alternate ways to measure your food and goods without a scale.

Way back in Babylonian and Egyptian times when it was necessary to measure the capacity or volume of a container, seeds were used but that seems a bit time consuming for what we’re looking for.

Let’s step forward in time a bit. Just a tidbit of useless info regarding this though: that’s where the term “carat”, which is still used to measure stones, came from: the carob seed. 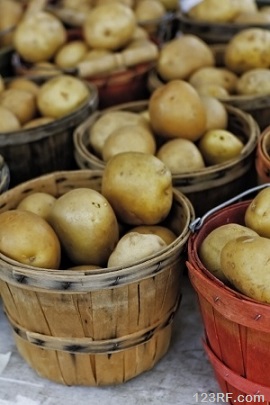 This is no doubt a measurement that will come back into regular use. It used to just be that a bushel was a bushel basket full of whatever you were buying and that may be fine.

At first it was items that didn’t vary in size much such as grain, ale and wine, but then it began to be used for other agricultural items such as corn, potatoes, apples, etc.

Though bushels were historically measured differently depending upon location, we did find one that’s simple and would be easy to use post-SHTF. The US customary unit was based on dry capacity and defined a bushel as four pecks or 8 gallons.

Since corn, apples, potatoes and other fruits and veggies vary in size, a modern bushel is measured in weight, but if we need to go back to older methods of measuring for trade, a bushel basket full worked for centuries.

Make Your Own Scale 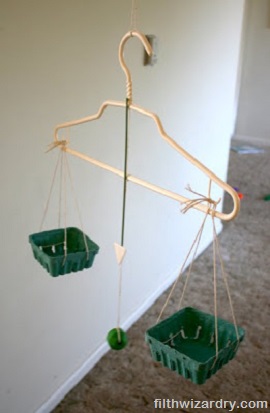 You’ve surely seen the scales of justice with the fulcrum on top of a pole and the two little plates dangling from either end of the fulcrum.

You would need something that you already know the weight of. For smaller items, that’s pretty simple. One ounce equals 5 quarters, 28 paperclips or 1 CD.

A liquid ounce equals 1/8 of a cup. To weigh larger items, a gallon of water weighs eight pounds. A good way to remember water weight is the old saying, “a pint’s a pound the world around”.

Of course, there will still be quart and pint jars around as well as 5-gallon buckets, at least for a while. In the worst-case, apocalyptic situation, new ways to measure items for sale or barter will undoubtedly arise.

Weighing and Measuring a Cow

Today, livestock are weighed using a livestock scale or the meat is weighed after it’s off the cow. The problem here is that not very many people actually own a livestock scale and we wouldn’t necessarily have a scale to measure the meat.

There is a tape that you can use to measure around the cow and it will tell you approximately how much your cow weighs. This would be a handy tool to put in your barn in your medicine kit.

If you don’t have one, there’s another way. For this to be most accurate, it’s best to take the measures when the cow has been without water for 12 hours. Unfortunately, you’re going to need a copy of a chart. This should be in your medicine kit, too if it’s how you’re planning to measure your animals.

Measure the circumference, known as the heart girth, of the cow immediately behind his front legs. Next, measure the length of the cow by starting at the front of chest right in front of the muscle at the top of his forearm and ending at the base of his tail.

Now break out your calculator and square the heart girth measurement. In other words, if your cow measures 36 inches around, multiply 36×36. Next, take this number (in this case, 1,296), and multiply it by the length, then divide that number by 300. That’s your cow’s approximate weight.

Be aware though that this isn’t super accurate because different breeds carry more weight than others. Dairy cows, for instance, tend to carry less muscle and fat than beef cattle.

Weighing and Measuring a Pig

Just as with measuring a cow, you’re going to need a fabric tape measure or a string that you can measure using a steel tape measure. Place the string around the pig just behind its front legs and measure his circumference to get the heart girth measurement. Next, measure the pig down his spine from the between his ears to the base of his tail.

To calculate the pig’s weight, square the heart girth measurement. Multiply that number by the pig’s length, then divide that by 400. That will give you a pretty close estimate of your pig’s weight. 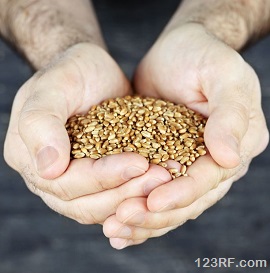 Yup, you can measure things just by practicing. For instance, when women needed to measure salt but didn’t have a measuring spoon, she’d use her palm. If you cup your palm and pour enough salt into the pit of your palm until it’s about an inch across, that’s about a teaspoon.

A pinch of salt between your thumb, forefinger and second finger is about 1/8 of a teaspoon. Two of those are a ¼ teaspoon. A mound in your palm the size of a quarter is a 1/2 teaspoon, and we already discussed a teaspoon. Oh, and the depression in the bottom of a soda or beer can? That holds exactly 1 tablespoon. Cool, huh?

Try it out for yourself. Practice with pinches all the way up to a tablespoon. If nothing else, it will save you some time when you’re cooking!

Now that you have some ideas for how to measure your foods and goods without a scale, go practice. Get a tape for your cattle or your pigs and get some bushel baskets. They’re great for storing things in and may come in handy if you every need to measure things if SHTF and you don’t have access to modern measuring tools.

If you have other suggestions, please share them in the comments section below!