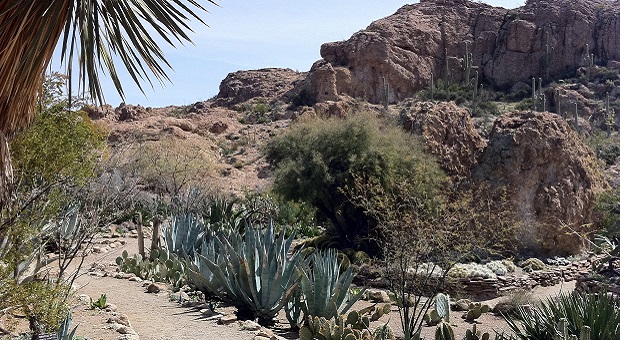 Surviving Heat: How To Get Water From Plants

We’ve discussed the need for water for survival ad nauseam throughout many of our articles here on Survivopedia because, quite simply, you’ll die quickly without it. Though most people think of water as the clear stuff that comes in a glass, there are other ways to get the hydration that you need if your water supply is suddenly cut off. You can survive by getting water from plants.

Many plants have a surprisingly high water content that you can use to hydrate. Like people, a plant is generally made up mostly of water but they’re not all safe to consume. Nearly all grasses are edible but there are many plants and flowers that are poisonous so you want to be careful about what you eat in your attempt to get some moisture. 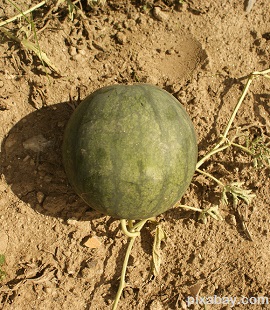 This delicious fruit is comprised almost entirely of water; thus the name. Eating watermelon is almost as hydrating as drinking a glass of water and also offers carbohydrates and nutrients.

This is definitely a fruit that you should have in your survival garden. Since you can grow smaller ones even in a vertical garden, it’s doable for most people regardless of space. 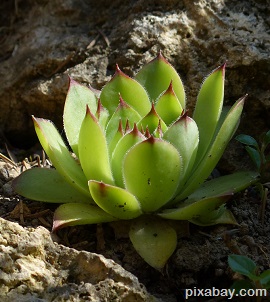 No, not the feathered kind – the plant kind! Hens and chicks, scientifically named Sempervivum, are those little succulents that look sort of like roses made from aloe leaves, or maybe a bit like a puffy artichoke. In Latin, the name actually means “always alive” if that tells you anything about the hardiness of this plant.

It’s found across the US growing in rocky crevices and people have taken to growing it as ground cover in the garden, though you have to be careful growing it because it will easily go feral.

The leaves of the plant are entirely edible and extremely hydrating. They taste sweet, crunchy and a bit astringent. This gives you the odd sensation of having a dry or puckered mouth while you’re actually getting a ton of hydration. Though I’ve never tried it, I’m told that it actually tastes good.

In addition to being a hydrating plant, the juice is also good for soothing skin irritations such as bug bites or minor burns. 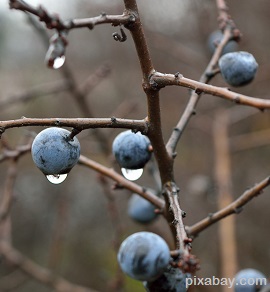 Berries of any sort, wild or domestic, are packed with water though some are poisonous, so do your research.

If they’re edible, you can eat the leaves and stems as well as the berries, though make sure that you only eat fresh leaves; as they wilt, the chemical composition alters and wilted leaves may make you sick to your stomach. 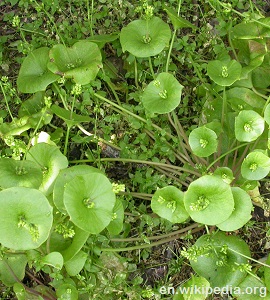 This wild plant grows throughout most of the US and is extremely high in vitamin C as well as a good source of hydration. It’s an annual that starts growing in the spring and likes shady spots.

You can identify it by its light green leaves and the stem that grows right through the leaves. It grows from 6-12 inches in height. There can be 25 or more stems growing from a single root.

Miner’s lettuce is described as delicious – it’s sweet and juicy. You can eat the leaves, stems and flowers of the plant, which will be small and white or pink. 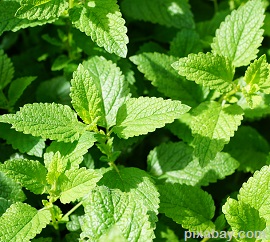 Mint is a hit with kids and picky people because it tastes…well, minty. All members of the mint family have square stems and you can eat the entire plant. They’re not hard to find – when they’re near, you’ll likely smell mint! The stems of mint are always square and the leaves are serrated. They may also have pink or white flowers which are also edible.

They’re a good source of water and also have significant nutritional value. Mint is rich in vitamins A and C, thiamin, folic acid, riboflavin, manganese, magnesium, copper, potassium, iron, calcium and zinc. They’re also great for soothing your stomach and treating morning sickness and IBS. Not only does mint grow in the wild, it’s also a great addition to your herb garden! 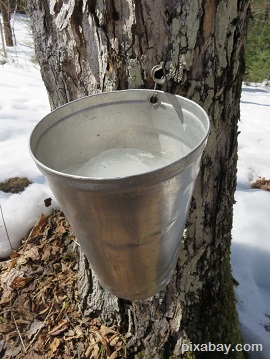 We’ve talked about making syrup from sap but if you read that article then you know that sap is mostly made of water. Though the sap really only runs in the early spring, it’s a great source of water and it’s relatively easy to tap in to. You also get a significant yield and there are essential minerals in the sap that are good for you.

Grow maple or birch trees on your property or look for them in the wild if you’re on the run because they are plants that are a great source of water in a survival situation. Taps are light so you may want to throw one in your bug-out bag.

If it isn’t spring, you can still wring water out of the fiber of the trees themselves! 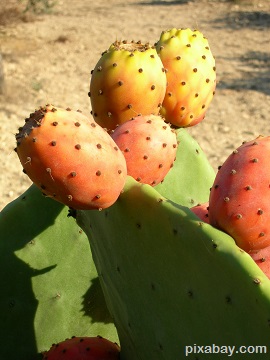 Plants that have adapted by altering their physical structure so that they can survive in drought conditions are called xerophytes. These include all forms of cacti, including aloe and smaller cactus plants that you can easily grow in a little garden. Prickly pears are particularly suited for this because they provide a ton of water, they’re pretty and they taste good, too.

Prickly pears, or Opuntia cacti, grow both pads (leaves) and fruits that are edible and good sources of water. The fruits ripen in late September and are bright red with a bright orange center. Others are yellow on the outside and green on the inside and aren’t quite as sweet as the red ones. You can eat them raw or make them into syrup, jellies and even liquor!

Vines of Any Sort 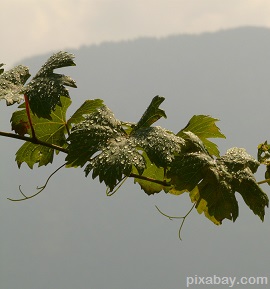 Vines that are at least an inch and a half in diameter are a good source of water but you need to know which ones are safe to consume. Safe vines give a clear fluid and poisonous ones yield a milky, sticky sap.

Even the vines that contain potable water can cause skin irritation if you touch the outside of the vine so let the liquid drip into your mouth instead of putting the vine in your mouth. A container is even better. Vines look great in gardens as long as you don’t let them invade your other plants. 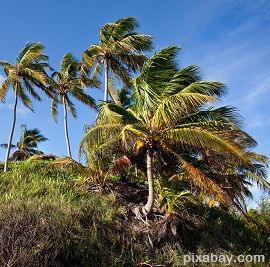 You can only grow palm trees outside if you live in tropical or sub-tropical climates but they yield quite a bit of water – up to a liter per day. The buri, nipa and coconut palms are the best ones to use; simply bend one of the flowering stalks and cut its tip, then let the water drain from it. If you cut another thin slice off the stalk a couple of hours later, the flow will resume.

The nipa is the best palm to grow for this because the shoots start at ground level – no climbing required. Coconut palms are good to have but can’t be grown inside because they’re tall, but coconut water is extremely good for you.

Now that you know about a few plants that are good sources of water in a survival situation, plan to include some in your garden and do your research so that you can recognize them in the wild. You never can tell when knowing how to get water from plants will save your life one day.

This list is by no means all-inclusive. If you know of other plants that are a good water source, please tell us about them in the comments section below!