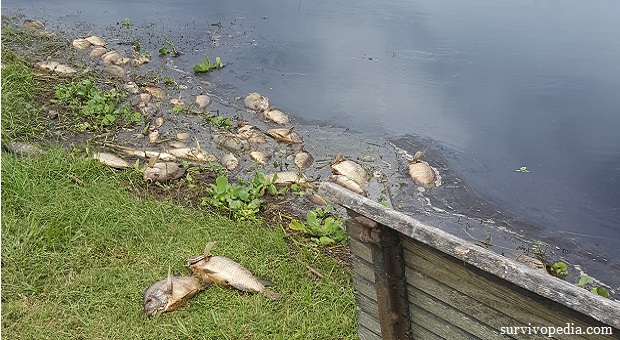 7+1 Tips On How To Deal With Flood Remains

The problem with dealing with hurricanes, tropical storms, or other storm systems that bring a lot of rain in a little time is that you’re not just dealing with the storms.

Though that’s certainly bad enough, sometimes it’s what comes after that does more damage than the actual storm.

What am I talking about? Flooding. I live in a hurricane zone, and we have a saying: hide from the winds, but run from the water. That’s because there usually very few lives lost due to damage from the high winds; most lives are lost to flooding.

On top of that, much of the extensive damage is also caused by flooding. How do you deal with the remains?

The actual storm itself rarely lasts more than a few hours but it can take weeks for a river to crest after the storm is past.

For example, the St. Johns River that runs from Vero Beach in Southeast Florida, up the middle of the state, then empties into the Atlantic Ocean in Jacksonville, is a north-flowing, lazy river. That can make for a bad situation for a couple of reasons.

First, it’s common for hurricanes to hit the southern part of the state then pound the rest of it with heavy downfalls. Since the St. Johns both starts and empties into the Atlantic Ocean, it can get a storm surge from both ends if the storm hits just right.

Add in a foot or two of heavy rain to a state that’s not very far from sea level and you’re going to see major flooding in the dry areas, too.

So, you have the initial surge, which can push it off the banks, then you have water draining toward it from all directions inland then you have to factor in the slow rate at which it runs – .3 mph. That means that, assuming we’re lucky enough to have dry weather for a couple of weeks after the hurricane, it can take the river up to a week or so to crest; if it rains it can take even longer than that. And, since it’s lazy, it’s not receding for several days to a week.

So it’s not uncommon for a house near the St. Johns to make it through the hurricane just fine, but flood three or four days later, and stay that way for a few days. And this is a problem that happens all over the world; I just used the St. Johns because it’s one that I have first-hand experience with.

The reason that I took the time to go into this is because it’s important to understand that time plays a huge factor in things. Houses, yards, manufacturing plants, and buildings can be flooded for days, or even a week.

This opens up the door to a tremendous amount of potential toxins to flow, mix, and/or grow:

Now that you have an idea of just how damaging floods are, you need to know how to deal with the aftermath.

Just like food is going to be scarce before the storm, cleaning supplies are going to be in demand following it. Stock up on garbage bags, bleach, rubber gloves, paper towels, rags, and whatever else you may need to clean up your area. Of course, if you prepare for a hurricane throughout the year, this may not be an issue for you.

Don’t Swim in It 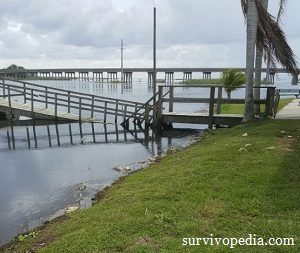 After learning about all of the disgusting contents in floodwaters, the last thing you would probably think to do is swim in it. But many people don’t.

Kids of all ages like to get out and wade in the floodwaters, and even after the waters start to go down, it’s hot and people want to go swimming in the river.

Don’t. Just because the water has receded doesn’t mean that the toxins aren’t still there.

Pay attention to local EPA and Fish and Wildlife folks who monitor the level of contamination in the water and don’t go back in until they deem it safe.

Often, if you’re on city water, your city will issue a boil-water alert until they’re sure that the water is safe to drink again. Heed these warnings – they’re given for a reason. Usually, this is just for drinking water, but sometimes they’ll issue one for water used for hygiene as well.

It’s best to stockpile some water, both because your power may be out for awhile and because of the danger of contamination after the storm.

Though most of the time, the soil will be OK a few weeks or months after the flood, have it tested. The contaminants stay in it for a long time after the waters recede.

As a matter of fact, I once lost an entire litter of 4-week-old puppies to Parvo two weeks after a flood because the ground had been contaminated via rats’ nests that had been flooded.

As we know, rats also caused a couple of plagues, so this isn’t something to take lightly.

By now, you’ve probably figured out that the ground is gross even after the waters recede. If you have to wade in the water, wear rubber boots that are higher than the water so that your feet don’t come into contact with water.

However, it’s best not to wade in the water at all because there are all kinds of things – boards with nails, broken glass, etc. – that you can’t see and will cut your shoes right along with your feet. Then all of those lovely contaminants are in your bloodstream.

Once you have to go in and start doing cleanup, you don’t want to touch the contaminated debris with your bare hands and you don’t want to breathe the air in enclosed spaces because of the mold and mildew. It can and will cause serious health issues once you suck it into your lungs. Medical masks are fairly cheap, especially compared to funeral expenses.

At the time of this writing, it’s three weeks post-Irma and there are still huge piles of yard debris lining the streets and stacked in parking lots. Follow local ordinances and be patient. If you want to dispose of it yourself rather than wait for city or county waste companies to get to you, there are often designated drop-off areas where you can haul it to.

Typically, these drop zones are for yard debris only. Drywall, fencing, shingles, flooded household goods and furniture, or any other non-bushy stuff isn’t accepted. Check for area dumps to haul building debris to, or call your municipality to find out if they’ve made special arrangements to pick up this type of waste.

Dogs and cats just love to roll in gross stuff and eat dead things that they shouldn’t.

There’s also the danger of nails, glass, and disease (see afore-mentioned Parvo) that are dangers to your animals. Horses are at particular risk, too, because of the way that their hooves are made. A nail can easily penetrate the sole, so be sure to police the yard and turnout areas where your pets will be roaming before you let them out.

Floods cause millions of dollars of damage and lives are lost both to the rushing waters and the hazards that accompany the water, both during and after the event.

Use common sense and follow precautions set forth by your local authorities. Post-disaster really isn’t a time to ignore safety directions because if warnings are issued, you can guarantee that there’s some level of risk.

That’s why you need to stay prepared and to know how to keep you and your family safe!

Have you been through floods and have suggestions, tips, or a story you’d like to share? If so, please do so in the comments section below. 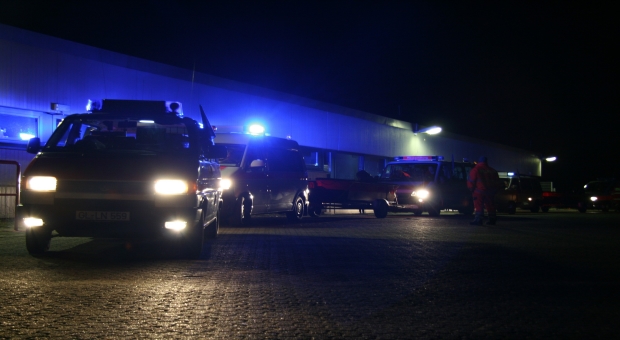 7+ Smart Ways To Outlast A Blackout