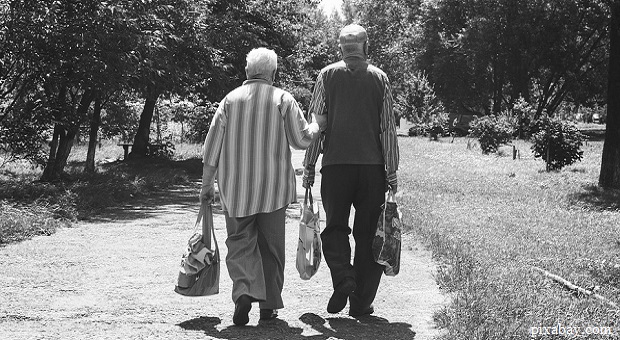 Do You Think You’re Financially Safe After Retirement?

Of all the challenges facing us for retirement, financial challenges are very likely the greatest. Times have changed since our parents’ generation, and so most of us Baby Boomers don’t have the retirement packages that our parents had.

Oh, the companies we worked for might have talked a good talk, but when it comes down to it, what we thought we might get and what we will really get may not be anywhere close to the same thing.

So how are we going to make it though our retirement years?

The WHY? Question has a Simple Answer

Part of the problem is that the law has changed, affecting how companies handle retirement benefits. I distinctly remember when that happened, back in my teen years. Before that, even working for a company for a few years could qualify you for retirement. But after that, you needed a minimum of seven years to be vested at all and 20 years to be fully vested for retirement.

The truth of the matter is, it’s not just the way that employers handle things that have changed, but how we handle them as well. Few people work for a company for more than a few years, before moving on to another. What that means is that they are never fully vested for retirement in any company.

In my own career, I have worked long enough to be minimally vested in only two companies. I took a buyout for my retirement fund from the first one, as I was starting my own business and needed the money. So I only have retirement from one of those two companies; and that comes to a whopping $110 per month. Oh, and I left that company as an engineering manager, so you’d think that I would have more than that coming to me.

Many of my school chums are in even worse conditions than I am. They either didn’t have as successful a career as I did or they moved around more than I did. The result is that they have absolutely no retirement coming to them, from any company they worked for.

That’s a whole lot different than my father’s generation. He had 20 years in with one company and 15 with another. So when retirement time came around, he had some pretty good money coming in. Unlike our generation, he didn’t need to depend on Social Security for his retirement income.

Speaking of Social Security, you should probably take a look at your hole card and find out how much your expected benefits from Social Security are, if you haven’t already.

Currently, the maximum possible benefits from Social Security, for those who managed to rack up the maximum possible earnings for each year, including a FRA of 66 in 2017, is $2,687 a month. Not exactly something to write home about. But few people actually get that much. The average benefit paid out this year is just $1,342 a month.

Unless you have absolutely no debt and your home is paid off, that $1,300 a month isn’t going to go very far. Even if you and your spouse both receive that much a month, that’s still a touch shy of $2,700 a month; and Social Security benefits are taxable income.

Taking an Honest Look at the Cost of Retirement

Sadly, few of us have much money set aside for retirement. According to the latest statistics I can find, the median average retirement savings for people 56 – 61 years old, is a mere $17,000. That’s obviously not going to go all that far.

But even if you’ve managed to beat the odds, and have a million dollars in the bank, that’s no longer enough to retire on, even though it was considered enough to retire on for decades. Assuming an annual salary of $50,000 per year (the nationwide average family income), you would have had to be putting $1,150 per month into your retirement savings, at today’s interest rates, in order to have enough for your retirement.

Of course, to do that, you probably wouldn’t have had enough to keep shoes on your kids feet and a roof over their heads. So it’s rather unlikely you managed to do anything close to that, unless you made a whole lot more money than the average.

The other side of the calculation is how much money you need to have, in order to pay your bills, once you retire.

Fortunately, your kids and mine are grown up by now, so you don’t have their expenses. So that saves a little. But most of your expenses are probably pretty much the same as they have been for a number of years, unless you’ve moved, stopped driving a car or stopped heating your home.

So sit down and write out a retirement budget. Actually, write out two of them. One should be the retirement budget that you need to have, in order to keep living like you are right now. The other should be bare bones, seeing how much you can cut out and still survive.

Don’t forget medical expenses in these two budgets. Unless you have some sort of medical plan through your work, that continues through retirement or you’re a veteran and will be taken care of (albeit not necessarily all that well) by the government, you are going to have some medical expenses. Even in retirement, Medicare will cost you something. On top of that, you may have medical expenses which Medicaid won’t cover.

There will probably be a discrepancy between how much you will have coming in and how much you need to meet your bills. That’s what you’re trying to find. You need to know how much that discrepancy is, so that you can figure out a plan for dealing with it.

Probably the single most common way that people deal with the discrepancy between their income and their outgo in retirement is by downsizing. Mostly this means selling their home and moving into a smaller one. That might make sense if it will save you money; but that’s not always the case.

There are really only a few ways in which selling your home to buy a smaller one can save you money:

Of course, downsizing doesn’t have to mean just your home.

The Other Option – Increase Your Income

Unfortunately, few companies want to keep people on the payroll after they hit retirement age. Nor do most companies want to hire people who are that age. There are a number of reasons for this, but they all boil down to economics. It’s cheaper for companies to hire younger employees.

So it’s doubtful that you can find a job to increase your income. It’s not impossible, but it is doubtful. But that doesn’t mean that there’s no way that you can earn extra money to fill the gap between your expected income and your expected expenses. There are a number of things you can do; mostly things that involve being self-employed in one way or another.

There are some major advantages to being self-employed; advantages that tie in nicely with retirement. The top two are that you can set your own schedule and you can work from home. While working from home requires discipline to avoid distractions, it is generally a much more comfortable place to work.

What you ultimately decide to do will depend a lot on the skills you have, your health and how much time you decide to dedicate to work during what are supposed to be your retirement years. As always, the more skills you have, the more options you have, so a good starting point is taking an inventory of your skills, with an eye towards how you might use them to augment your income.

Without going into a lot of detail, here are some basic ideas about how you can turn your skills into cash:

These are just a few possibilities. There are many more, such as blogging, which can make money off of advertising and more starting an online store, drop shipping products to your customers. The really great thing about all these ideas, is that they require very little investment on your part, other than your time.

In the end, it’s all about the skills, as they are the only valuable that nobody can ever take away from you.