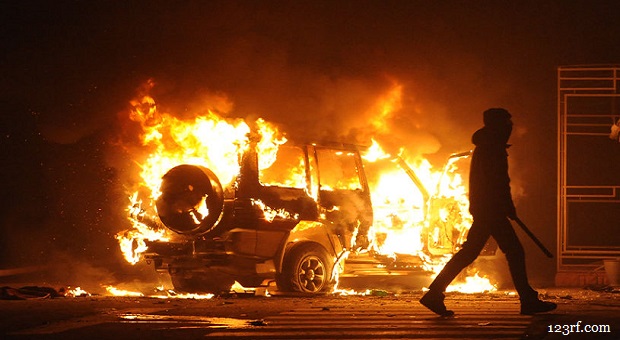 Why The Venezuela Crisis Matters To The United States

The economy of Venezuela has been in decline, ever since Hugo Chaves came into power. Now, with the changes in their government giving his successor Nicolás Maduro dictatorial power, the world can expect to see even greater shortages and increased poverty in the South American country.

Yet it should not be so. Venezuela sits upon the world’s largest oil reserves, even larger than Saudi Arabia. With petroleum being one of the greatest measures of wealth today, it would be natural to expect the country to be wealthy.

But poor management, corruption and limited production is keeping the people of Venezuela from enjoying the fruits of nature’s abundance.

President Trump has declared economic sanctions against Venezuela, citing human rights violations and that the country is a threat to US security. While that threat may seem ludicrous on its face, President Maduro has called on his nation’s military to prepare for war against the US.

But it should be noted that this threat from Venezuela wasn’t caused by the economic sanctions, but rather by Trump restricting the travel of Venezuelan officials to the United States.

In Maduro’s words, the United States is the aggressor and is creating “illegal sanctions” and “economic persecution” against his country. Like many other dictators of small countries, he apparently believes that he has the right to dictate policy to the US, the most powerful country in the world.

About the only thing that Venezuela has going for them in this is the backing of Russia. Once again, we are seeing the Russian Bear rise up to stand against the United States, as it did all through the Cold War.

While the current risk of a nuclear exchange between our two countries is extremely low, it appears that the Russian government is once again stirring up trouble and backing every two-bit dictator who stands against the USA, just as the Soviet Union did in the past.

But there’s a huge difference between what was going on before the Berlin Wall came down and what’s going on today. That is, this is shaping up to be more of an economic war, than any other kind.

Last year, Russia and China signed an agreement to fund trade between their two countries in their own currency, rather than in US Dollars. This has started a slow trend away from the dollar, with both Russia and China signing other such agreements with other trading partners. According to a speech by President Maduro, Venezuela may very well be the next country to join in that sort of trade agreement.

Ever since shortly after World War II, the American Dollar has been the world’s reserve currency, with all other currencies measured against it. International trade has been mostly in US dollars, causing countries and businesses to have dollar accounts, in addition to their own currency.

In turn, this has allowed the United States to ship much of our federal debt overseas, where it is held by these other countries, primarily China and Russia.

Today, China is trading petroleum for the Chinese Yaun, which can be converted to gold. They will soon be allowing payment directly in physical gold. This bypasses the dollar totally, limiting their need for American dollars. Considering that more gold is being mined in China today, than anywhere else in the world, the Chinese government should have no problem meeting their obligations in gold.

Maduro recently stated that Venezuela is going to join these other countries in eliminating the dollar and using other currencies in international trade. While that may seem unimportant to us here in the US, it is deadly serious.

If this trend continues, it has the potential of destroying the US economy.

Who’s Going to Pay the Price?

Money can’t just be made to disappear. Countries which decide that they will no longer use the dollar have the option of selling of their dollar holdings. This creates a glut of dollars on the worldwide currency market. Following the law of supply and demand, this excess of dollars will cause the value of the dollar to drop, even if it is only temporarily.

But what if more and more countries decide to follow suit, dropping the dollar as the medium of international exchange and replacing it with something else, or even with a hodgepodge of different currencies as Venezuela is doing? Someone has to buy those dollars and if they don’t the value of the dollar goes into free fall, dropping until it reaches a point where people will buy them.

It doesn’t take much of a drop in the value of the dollar for it to have a drastic impact on our economy. Even a few percentage points is a huge shift, which could cause a ripple affect all across the country. Financial markets can crash, businesses can lose profits and people can lose jobs.

Taking the scenario a little farther, imagine what would happen if China decided that they would no longer accept payment for products in American dollars. Our current trade with China comes to $578.6 billion per year. $115.8 billion of that is exports from us to them and $462.8 billion is imports that we buy from China.

While many Americans might think it would be good if we stopped buying from China, the fact of the matter is that our own manufacturing capability is not ready to suddenly take over manufacturing all those products.

It would take a huge investment in facilities and equipment to tool up for making all those products. That effort would last more than a year, creating massive shortages in the interim.

The manufacturing capability which would be brought back to the United States would not provide high paying jobs, but rather jobs which are slightly above minimum wage. Even at that low a wage, the cost of most products would rise significantly, as the average wage for Chinese factory workers is less than a tenth of that for American factory workers.

Quite literally, a large part of the affluence we enjoy in this country is because we import so many products from China and other countries with low wages.

If we produced all those products here in the US, the average family would not be able to afford to buy them. We’d be living at a much lower standard of living, closer to that experienced by China and the other countries we buy low cost products from. While the real unemployment rate might be lower, the increase would be mostly in low-paying jobs.

Can Venezuela cause all this? No, they can’t. They are merely a part of the trend, something that is showing us what is happening in other parts of the world. But what it is showing us is terrifying. It could quite literally be the end of life as we know it, as America slides a little closer to an economic collapse.

But there’s another side of Venezuela that’s important to look at too. That’s the communist/socialist side of the country. Venezuela was a republic, like the United States. But it has been gradually slipping into socialism and now into communism. The current powers the president holds, which are much more than even Hugo Chaves held, were voted in by the people. They wanted a strong centralized government and they have gotten one.

This is much like what the progressive-liberal left envisions for the United States of America. Today, the vast majority of our youth would prefer to see our government replaced by a socialist or communist one.

How Can That Be Possible?

Because educators at all levels, but especially at the university level, are lying to our youth. Our universities have become a hotbed of socialist thought and indoctrination, putting the progressive-liberal agenda before education.

As such, they are turning our youth into robots who accept the idea of an authoritarian government, just as long as it promises them free health care, free education, free birth control and the freedom to choose their gender identity.

Those same youth are being shielded from seeing the reality of what is happening in Venezuela by the mainstream media. Socialism is being glorified, while the free-market capitalist society which has made this the greatest nation on the face of the Earth is being villainized. Corporations aren’t lauded for giving people jobs, but are seen as evil for taking advantage of workers.

It may take another generation, but the United States will cease to exist as a functioning republic. Our children will vote for a socialist government and applaud it when it comes. Then they will applaud again when it turns into a socialist one.