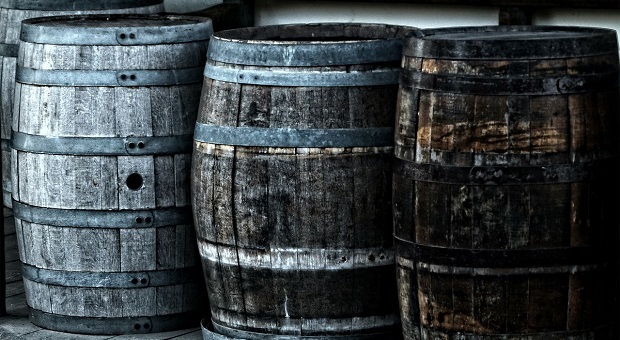 Here’s What You Need To Know About Containers

You stock up on extra food when you go to the grocery store. You buy the bulk-sized bags of rice, flour and sugar. You dry your own spices and want to make sure that they stay fresh.

But what containers should you use? Is any old container good enough or are there ones that you should avoid? Are certain containers good for some foods but not others?

When stockpiling, there are a lot of questions to ask about containers for your own food safety, but they are easy to find if you read the following article.

{adinserter survivalmd}The first thing that you need to know is that many plastics contain BPA, or bisphenol A. This is an industrial chemical that has been used in many different types of plastic containers, including water bottles and food storage containers, since the 1960’s. BPA is found in polycarbonate plastics and epoxy resins.

Epoxy resins are typically used to line the cans of canned foods, water lines and even reusable water bottle lids. This is one of the reasons that you should never use a can of food that has a dent; the epoxy lining may be damaged and leech the BPA into your foods.

Heck, it may do it anyway. This is also the reason that many people have switched to stainless steel water bottles. Fortunately, most stores now offer BPA-free water bottles. If you’re wondering if your plastic container has BPA in it, look at the plastic recycling code on it; if it has a 7, then the container likely has BPA in it.

Obviously, you want to avoid storing your foods in this container. BPA leakage is especially likely if the container gets warm, such as if it sits in the sun or is left in your car on a warm day. BPA has been banned in Canada as a toxic substance and the FDA is looking into it here in the states. However, it’s not banned yet so look at that code.

Some containers, especially buckets are perfectly fine for mixing cement in but aren’t safe to store food in. 5-gallon buckets are perfectly acceptable to use to store food such as dried goods in as long as it’s a food-safe container. You can often get these for free from restaurants. Foods such as pickles, flour, cake icing and other bulk food items frequently come in these and they’re food grade.

Even though plastic food containers such as the ones that you use to put leftovers in may be perfectly safe to store foods in short-term, most of them aren’t air-tight and therefore will let air and moisture in. That makes them unsuitable for use as a long-term stockpiling storage container. You want all plastic containers to be airtight.

Another question that we often get is about 50-gallon water storage containers. These, too, should be made of food-safe plastic and shouldn’t have ever had anything other than food (preferably water) stored inside of them. Old oil barrels just won’t cut it even if you clean them over and over again.

Plastic is, to a certain degree, porous and can absorb whatever is stored in it. Just take a look at that leftover container that held spaghetti sauce for a couple of days! 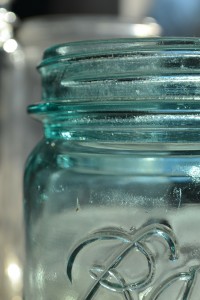 Re-using glass jars such as pickle jars is a great way to keep that item out of a landfill while keeping your food in an airtight container but remember that the epoxy in the lid may contain BPA. This might not be horrible if you’re storing dried goods in it but you probably should check to see if it DOES contain BPA before storing liquids in it.

Mason jars are a great choice for storing both dry foods and liquids in. Now that they have reusable seals, they’re an even better option for stockpiling because if SHTF, you can reuse the seals over and over. They’re practically indestructible as long as you follow the directions that come with them.

Many people worry that glass jars contain lead but manufacturers stopped that practice nearly 100 years ago. Unless you have some REALLY old glass jars, you’re good. However, crystal is another matter, but you’re probably not thinking about stockpiling any food in grandma Ellie’s punch bowl.

This has less to do about storing food and more to do with the PROCESS of storing food. Stainless steel ustensils are the best ones to use during canning because they won’t melt and they don’t leech anything into your food.

We’ve already discussed one reason why you shouldn’t use plastic, and here’s another. Plastic can only take so much heat before it melts. You probably don’t want plastic remnants in your strawberry jam.

Aluminum utensils can leech aluminum into your foods, especially if they’re acidic. Aluminum is pretty controversial now as some studies are linking it to everything from cancer to Alzheimer’s disease. In most cases, the studies aren’t well built or are used on a limited amount of test subjects over a short period of time, but still, I recommend avoiding using aluminum utensils just because stainless steel is readily available, more durable and doesn’t add anything extra to any of your foods. At the very least, aluminum can leave a weird metallic taste in some of your foods.

Wooden casks are OK to store your homemade wine or liquor in as long as it’s untreated and made specifically for such a use. You don’t want to use any kind of lumber that’s been treated with chemicals to store your food in.

Be careful when using wooden cutting boards to prepare food that you’re canning. You don’t ever want to chop fruits or veggies on a board that you’ve chopped raw meat on because the bacteria in the raw meat can soak down into the wood and contaminate whatever you use on it next. Use bleach water at a 10:1 ratio (10 parts water to 1 part bleach) to clean these surfaces and let the bleach set on it for a few minutes so that it can seep into the wood to kill any bacteria. Then let the board air dry until it’s completely dry.

As a final safeguard, regardless of what you’re storing your foods in, keep them in a cool, dry location out of direct sunlight. This will keep any kind of condensation from forming inside the container and it will also help keep your jar seals nice and tight so that you don’t have to worry about losing your hard-earned canned goods.

If you have any other advice to offer about long-term food storage for stockpiling, please tell us about it in the comments section below.