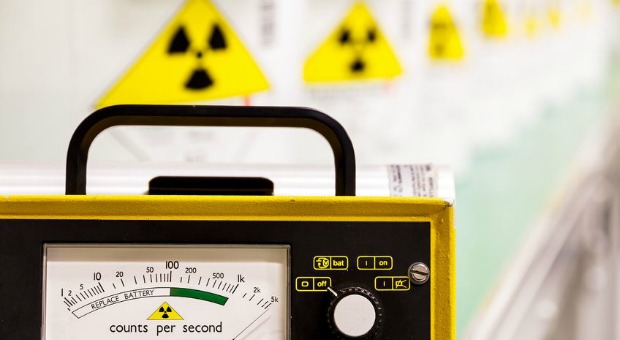 As ISIS continues to move into Europe and Asiatic countries, they will gain access to materials that emit ionizing radiation. Aging nuclear power plants, aging missiles, and radioactive dumps all pose a threat to our health and well being without even being in the hands of an enemy nation or terrorist group.

That’s why you need a reliable means to detect nuclear radiation on a routine basis, and you can even build yourself such a device, as an alternative to store bough Geiger counters.

Here’s what you need to know about different ways to build an ionizing radiation detector and how much it will cost to operate and maintain the equipment.

Ionizing radiation comes in 5 basic forms. For the sake of simplicity, it is easiest to rate them by what they can and cannot pass through. Ideally, you should be able to detect at least alpha and gamma rays, as they span the range of particles you would need to be most concerned about as someone trying to survive a nuclear event.

Alpha carries the least amount of energy. It can be stopped by a sheet of paper. These particles are still very dangerous if swallowed or inhaled. Even alpha particles are the easiest to stop, they are also some of the hardest forms of ionizing radiation to detect.

Typically, it will take a conventional Geiger counter to detect alpha particles. There are some DIY explorers that claim they are able to detect this form of radiation with modified photo diodes and transistors.

These particles carry more energy than Alpha particles. They can be stopped by aluminum foil, thin boards of wood, and other fairly lightweight material. Beta particles can also be very dangerous if swallowed or inhaled.

You are more than likely familiar with these particles because they are routinely used in medical imaging studies. As with other forms of ionizing radiation, they are derived from unstable atoms that break apart and release rays of energy. X-rays cannot penetrate bone or thicker metal plates.

Of all the radiation types that can be released by a nuclear power plant, a nuclear bomb, or from nuclear waste, gamma rays are the most dangerous. They carry a good bit of power and can only be stopped by lead, iron, or other metal shields. Gamma rays can be detected readily enough by photo diodes and other alternative ionizing radiation detectors.

Worst comes to worst, this is the form of radiation you should be most concerned with detecting. If you know there is gamma radiation present, and can track the changes in the amount, then you can estimate when beta and alpha particles will also be gone.

Since this is one of the three main parts of an atom, it is also one of the most dangerous because other atoms can absorb it and become unstable.  Once the host atom becomes unstable, it can also release radiation, or become “radioactive”.  Neutrons can only be stopped by large amounts of water, concrete, or other substances that contain a large amount of hydrogen.

Bear in mind, however, these substances will also become unstable and release radiation to some extent. Overall, it is not easy to detect neutrons. Fortunately, relatively few are released from an atomic explosion when compared to other particles.

This guide will help you survive more than an EMP! 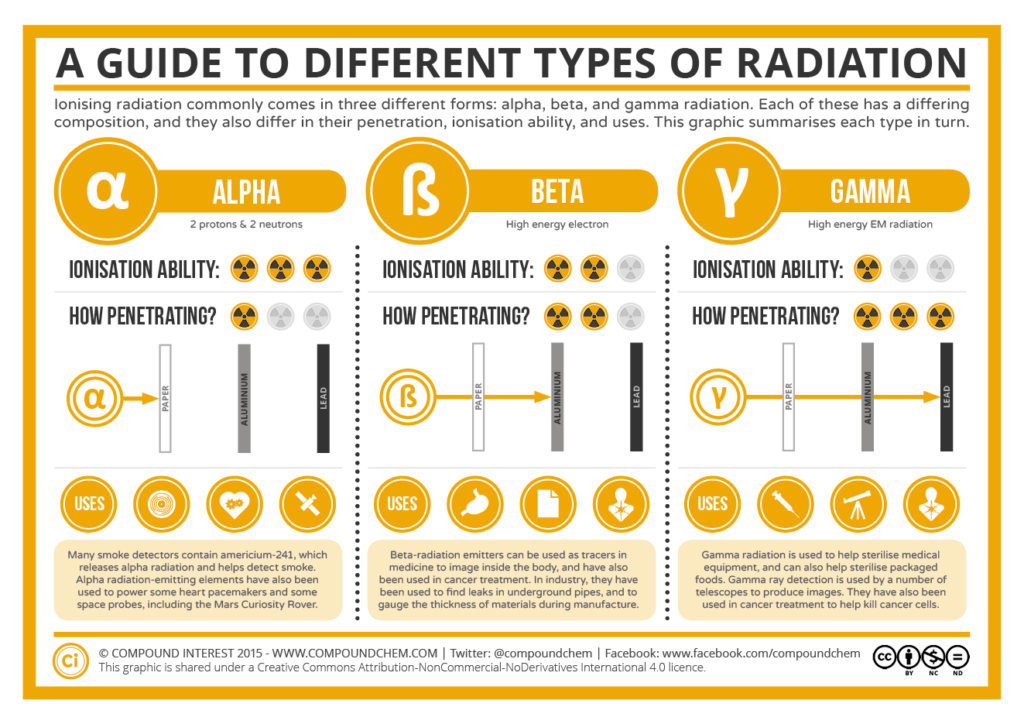 Pros and Cons of Making a Conventional Geiger Counter

Modern electronics has made a lot of advances in terms of changing from vacuum tube based technologies to solid state devices. Some forms of ionizing radiation still require a vacuum tube and high voltages.

While a Geiger counter is still the most reliable device for detecting the widest range of radiation types, it can be very expensive to make.

The vacuum tube can be damaged by incorrect voltages, or need to be replaced for other reasons. Since this is also the most expensive part of the detector, it is fairly easy to see why most people don’t try to build, let alone maintain a conventional Geiger counter for use on a routine basis.

Building a Geiger counter with Arduino isn’t so different from building anything else. You will need to start with a main board and then add the appropriate sensors and output devices. With Arduino you have the choice of using a gas tube like a regular geiger counter, or you can use a solid state version.

Build the tube version (choose a dosimeter/geiger counter kit that has the LCD shield and tube bundled with it) and keep it on hand for situations where you suspect there is a need for detecting all particles emitted by a nuclear event. You may also be able to use conventional tubes that weren’t originally designed for use with an Arduino board. Just make sure that you know their voltage requirements and how to test if they actually work.

There are many tubes available from different countries. As a result, you will need to do some research on each tube and learn from people in forums dedicated to building various kinds of Geiger counters.

You can also build the version that relies on a solid state sensor. This one is sturdier and uses less power. You can simply set up nuclear watch stations that report around the clock.  I would also recommend adding an additional board to the Arduino main board that will accommodate a memory chip.

This will enable you record sampling data around the clock so that you can upload it to your computer and compare it over time. As you learn what the normal radiation levels are in your area, you can always set the sensor to beep or give some other type of alarm when the levels are too high.

You can also try adding an wireless remote system or even one that will report directly to your smart phone. If you live near a nuclear power plant, or any other area that houses any kind of radioactive material, it is very important to have these kinds of records so that you have a better sense of what is going on around you.

For an even simpler and cheaper option, you can purchase a solid state radiation sensor that will plug into the sound jack on your cell phone. As with Geiger counter tubes, there are a few different models available. Take some time to study the apps that control them so that you can find one that meets your sampling and data recording needs.

Of all the ways to detect radiation, the Kearny Fallout Meter (KFM) is one of the cheapest and simplest. If you don’t know how to maintain the meter, it can produce some unreliable results.  In order to make this meter, you only need some tin foil, a tin can, some paper, charging wires, and a means to give a static charge to the foil leaves.

Making a radiation detector using a photo diode will cost about the same as using an Arduino kit. The advantage to building it using this method is you will have complete control of all the parts. Once you have the main elements figured out, you can also look for ways to convert from solid state parts to ones that will better withstand an EMP.

If you choose a sensor to add to your cell phone, it will only cost around $30.00, while a good Arduino system may cost as much as $150.00. Building  your own conventional Geiger counter could cost several hundred dollars by the time you purchase the tube, build the power supply and other supporting parts.

There are some down and dirty ways to build a radiation detector for under $10.00 with items from around your house. While there are several videos and DIY forms that claim these radiation detectors work, it may be hard to test that out and get viable answer.

Unlike the Kearny Fallout Meter that has a long history of validation, other forms of tin can radiation detectors may or may not work as described.

If you are on a tight budget and want something to start with, here are the basic steps.

To operate the meter, attach a 9 volt battery to the adapter and turn on the multi-meter. Start off with the highest voltage setting so that you don’t inadvertently short out the meter. Later on, once you know the circuit works, you can use a lower setting so that you get a more accurate reading.

To test the meter, you can try purchasing radioactive rocks. Just make sure you know how to store them properly so that you do not inadvertently wind up with radiation poisoning.

There are also a number of kits available that have limited amounts of radioactive material in them. If there is gamma radiation present, the meter will show a much higher reading than it will for electromagnetic interference or background radiation.

As with any other DIY project, you will need to experiment with different materials so that you are accustomed to seeing what sets the meter off and whether or not you need to be concerned about it.

In these challenging times, there are many ways and places where you and your loved ones may come into contact with ionized radiation. If you want to limit your exposure, know when to bug out, or even know whether the area is contaminated, being able to test for radiation is very important.

While you may not be able to afford a conventional Geiger counter, there are several less expensive alternatives. This includes making your own Kearny Fallout Meter, as well as an ion detection chamber.

Regardless of the method you choose to start with, it is very important to test each device out and practice with it as often as possible. This will make it much easier to be confident of your findings in both nuclear emergencies and situations where the truth about increased ion radiation levels in your area is being hidden from you.