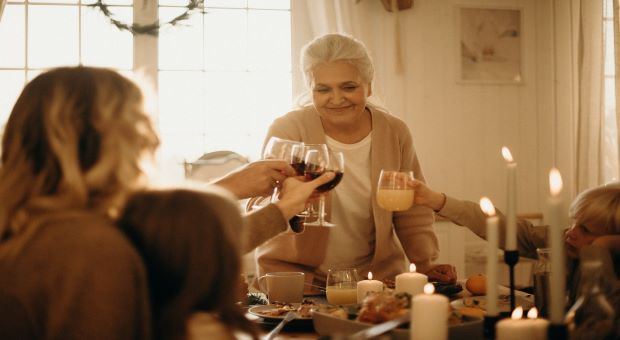 Wine is one of the healthiest liquors.

Countless scientific evidence shows that ‘moderate’ consumption of wine can provide a myriad of health benefits spanning the gamut from cardiovascular and cancer risks prevention to skin improvement.

While many of its advantages and even disadvantages are already globally well-known, wine consumption has been continuously studied by many professionals until now. The longer scholars scientifically investigate wine, the more discoveries they can find from it. We will reveal a few of the lesser-known advantages of wine that professionals uncovered recently here.

Wine has been included in the list of teeth-staining beverages, as reported by the American Dental Association. Also, most orthodontics would not recommend people with braces to drink coloured drinks, especially red wine.

That being said, wine exposure was associated with persistent antibacterial effect. A few  recent research has shown that both red and white wines can prevent dental diseases caused by microbial factors, including:

In 2006, a study in the Journal of Periodontology found out that a plant compound in red wine called resveratrol can reduce gingivitis-related bacteria on mice for up to 60%. This experiment could be considered as the first “known” study about wines supporting dental health.

A year later, another related research was conducted at the University of Pavia in Italy. The researchers claim that both white and red wines could prevent oral disorders caused by streptococcus mutan—a dental pathogen that can generate glucans (sugary substance) and tooth-decaying acid. In the same year, another study concluded the same claim.

In 2014, another study published in the same journal, the Journal of Agricultural and Food Chemistry, claimed that wines might prevent tooth loss and periodontal diseases, as well. It concluded that the combination of wine and grape seed extract could effectively thwart 60% bacterial mouth infections.

A recent study conducted by the scientists of the Spanish National Research Council in Madrid found out that polyphenols on wines can support oral health. The research, which was also published in the Journal of Agricultural and Food Chemistry, investigated the two types of red wine antioxidants, namely caffeic and p-coumaric acid.

After a careful examination, the study concluded that exposure to the said antioxidants could prevent cavities and plaque. It would be more effective if the polyphenols would be combined with Streptococcus dentisani, an oral probiotic that can inhibit bacterial growth.

The Spanish chemists, however, do not recommend rinsing your mouth with a glass of Saint Emilion  Bordeaux or merlot ‘yet.’ Apart from that the idea that it is way more expensive than using toothpaste, there is a lack of scientific evidence about this for now.

Premenstrual syndrome is a hormonal fluctuation that typically affects 75% of women around the world. These cyclical, chemical changes include acne breakout, headaches, bloating, psychological changes like irritability, depression and social withdrawal, breast tenderness, and the most common one—menstrual cramps.

Alcohol is believed to be one of the beverages that could worsen PMS, which includes wine. Many western studies have claimed that females, who are into regular alcohol drinking, are more likely to experience the said symptoms. The New York Times also specified that alcohol consumption might aggravate prolonged cramping during menstruation.

However, recent research shows that red wine can ease PMS. In fact, it is not a discovery anymore in traditional Chinese medicine (TCM). TCM utilized red wine as one of the treatments in alleviating PMS for over a millennium now. Based on this long-lived medical practice, drinking wine while on monthly period can:

As mentioned, in a female’s monthly period, one of the hormonal fluctuations she may experience is a bloated belly. Drinking enough water could aid in flushing waste out of her system, and hence decrease bloatedness. Therefore, people, even experts, dissented drinking alcohol during menstruation because it can lead to dehydration.

By contrast, according to the TCM, one will end up getting dehydrated since he or she drinks too much than the recommended volume of wine. Just to be clear upfront, we are referring to the benefits of a glass or two of wine here.

Based on the TCM, menstruation is the period when both qi and blood move to warm the yang deficiency or internal coldness. Wine and other warming foods can aid in circulating qi and blood around one’s body.  A 100-200 mL or one to two glasses of table wine can already increase one’s circulation, which often results in warming up your body.

Scientifically, it makes sense. Coldness can stagnant or solidify any liquid, including blood. For instance, women are not recommended to drink cold beverages as it can impede their blood flow. Otherwise, they may end up suffering from other complications when they cannot release the menstrual blood inside them.

One more thing: menstrual blood is less concentrated blood. Technically, it is an evolved vaginal secretion, which is a mixture of cells from the mucous lining, uterine tissue, and blood. It also contains bacteria that produce vaginal flora. It must be discharged, but it is not toxic.

Additionally, TCM believes that wine, specifically red wine, is a muscle relaxant. The Clinical advisor explained this scientifically. Red wine is well-known to have a high level of resveratrol,  an antioxidant under a compound group called polyphenol.

With this antioxidant and alcohol content in red wine, prostaglandin-inhibitory actions and smooth-muscle relaxation will take place in a female’s body. This phenomenon is considered to mitigate menstrual cramps logically. However, red wines should be taken moderately to avoid dehydration during the menstrual period.

In the past, the majority of western medical practitioners were in opposition to TCM treatment. They consider TCM as a tradition, rather than a ‘professional’ and ‘scientific’ medical practice. That being said, recently, many professionals around the world are now embracing and starting to conduct in-depth research TCM.

Wines have definitely a thing with hormones, especially females’. Not only it helps women from their PMS, but it also improves women’s ovarian reserve. Ovarian reserve is the reproductive potential of a woman’s ovaries to provide egg cells for successful fertilization, resulting in a healthy pregnancy.

Recently, a study conducted by a research team at the Washington University in Missouri discovered that women who moderately consumed wine every week, had a significant improvement in the number of their viable eggs than those who do not drink.

The team examined 135 women between the ages of 18 and 44.  Each subject was then asked to jot down all of their alcohol consumption in a journal for a month. The women should record what they drank, how much they drank, and how many days did they drink.

During the observation period, every subject underwent a regular ultrasound scan. The research team then counted how many remaining viable eggs each of them has. Regardless of age, women who regularly drink wine were found out to have a better ovarian reserve.

This fertility rate development was believed to be the result of the presence of resveratrol. The antioxidant tends to protect ovarian cells from biological stress with the help of its scientifically-proven anti-inflammatory effects. In the study, this polyphenol reduces the levels of ROS or reactive oxygen species in the ovary, causing a woman to be more fertile.

More importantly, similar to its benefits in PMS, wine should be again consumed in moderation to improve ovarian reserve. What is moderate drinking for wines?

The Times, a British daily national newspaper, specially mentioned the study. The publication, however, suggested that there should be more studies in the future to prove the study’s findings and increase its validity. What is more, the study has a small sample size. That means it did not meet the research protocol for statistical significance.

Further, this recent research has been focusing on wine and its association with ovarian reserve, but not on pregnancy rates, yet. In simple terms, the current study has been more about the quality of a woman’s ovarian eggs, rather than their quantity.

The said claims lack more scientific evidence; hence, they are less-known. Even so, all of the research was a good foundation for upcoming studies on the cure-all elixir wine. Without a doubt, there will be more soon. Possibly, someone in the future will claim that we can merely live just by solely consuming wine—who knows and hey why not!

Scarlett Wells has been into content, article, technical, and academic writing for more than a decade now. She’s been exposed to several writing platforms for different industries ranging from the medical field to education. When not working, she indulges in survivalists and preppers study or training together with other people from different ages, genders, and ages. 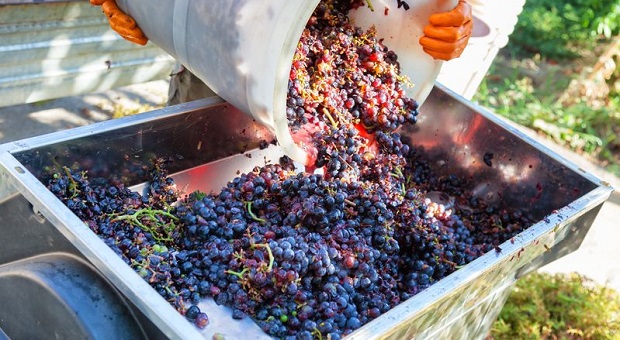 Back to Basics: How To Make Wine At Home 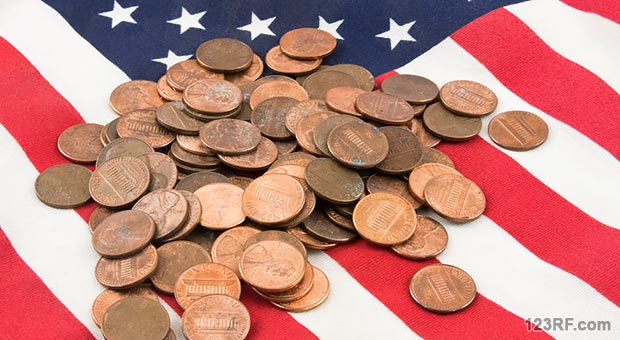 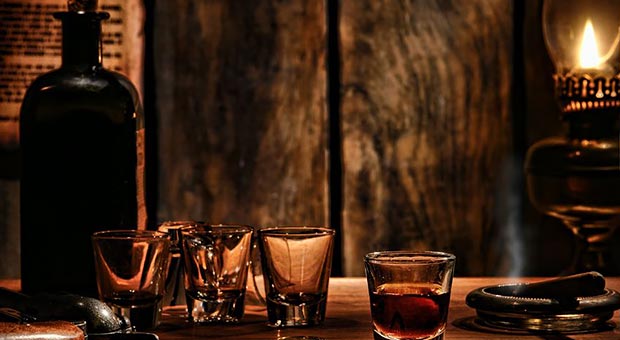 How To Use Alcohol For Survival 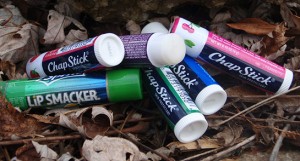