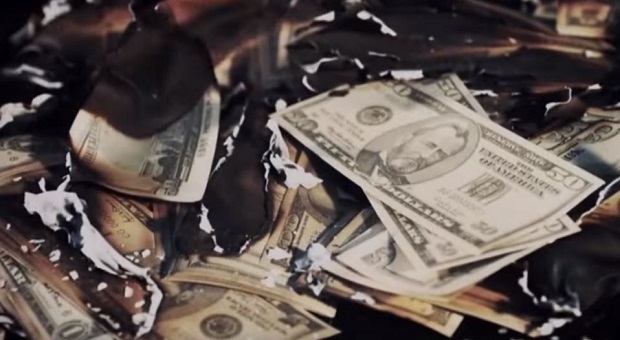 Would Taxes Survive a SHTF Event?

As I look at the various disaster scenarios that people are preparing for, I see some common themes come forth. One of the most common I see is that the federal government will disappear in any major, nationwide catastrophe.

It almost seems to be wishful thinking, as if people are hoping that a serious enough disaster will occur so that we have to go back to the Constitution and start over, building a new government to go with our reborn nation.

While there is a certain attractiveness in the idea of getting rid of our bloated federal government and its myriad regulations, I don’t have a whole lot of hope in that happening. In fact, I’d have to say that I’ve got some bad news in that regard. The government would go on, regardless of what happens to the rest of us.

Governments are parasites and like any other parasite, they’ll allow their host to die, while ensuring that they themselves survive. Our government is so firmly entrenched, with well over two million federal government employees on the public payroll, there is little chance that they will all just go away, let alone the almost 22 million total government employees in our country, when you take into consideration, local, state and county employees too.

The fact of the matter is, we need our government, even though we may not need everything it does. The basic government functions are critical to us surviving as a nation and provide services that we all need to have, in order to live and work together. Granted, there are many government organizations which do nothing more than create more and more regulations, destroying businesses and making life difficult for us all, but they aren’t the whole government. There are actual useful functions that the government fulfills.

Even in the recent crashes of national economies, we haven’t seen any governments close their doors. Greece, Cyprus and Argentina governments all continued working, even while large portions of their populations were out of work, losing their homes and having trouble putting food on the table.

With the world’s governments becoming more and more liberal, and being driven to become more liberal by organizations like the Bilderberg Group, we can expect the prevailing liberal attitude that governments create jobs, not businesses to continue. Even though there is no proof to back up that claim, the idea of large central governments is central to the progressive liberal ideology and the one-world government they want to create.

This means that any future calamities, especially financial collapses of countries monetary systems, may lead to a number of austerity measures levied upon the population of those countries, but it won’t lead to any reduction of government. If anything, it will lead to an increase in government spending, which means an increase in taxes.

There are only three ways in which governments can receive money to operate on.

Quantitative easing, the technical term for creating money out of thin air, is actually a rather elaborate means of stealing from the people. Every time the government releases more money into the economy, it reduces the value of all existing money a minuscule amount. But the cumulative effect of that is a reduction of the money’s value to the point that in 100 years (1912 to 2012) the value of the dollar was reduced 98%.

So with these three methods as being the only ways that our government can receive revenue, there’s absolutely no reason to believe that they will stop collecting taxes, when and if a SHTF event were to happen. In fact, even a TEOTWAWKI event would be unable to stop the collection of taxes.

That’s not to say that it will always be easy for the government to collect those taxes, but if there is one place where governments are willing to do the hard things, it’s in collecting taxes. They will find a way.

It’s clear from the examples of recent history, that the government would continue to collect taxes through a financial collapse. In fact, it’s clear that taxes would skyrocket in such a case, as well as the government literally stealing money out of people’s bank accounts. Other governments have done it and there’s really no reason to think that our government is any more honest than any of them are.

The one situation which could cause some serious problems for the government, as far as tax collection is concerned, would be the loss of the electrical grid. Actually, loss of the electric grid by an EMP would be even worse. The vast majority of our nation’s wealth, including personal wealth, doesn’t exist in printed money or even gold bars; it only exists on a computer’s memory.

Unless the banking system and the government have a much better backup system than I believe they do, with computers and records that are immune to an EMP, such an event would destroy the vast majority of the nation’s wealth. The only money which would still exist is that which is printed, a small fraction of our total cumulative national wealth.

It would be difficult to collect taxes in such a case, as the records needed for collecting them would disappear, along with everything else. But that’s not to say that the government would forego collecting taxes. They’d collect them, even if it meant sending IRS agents door-to-door collecting whatever they could.

If anything, taxes would become more draconian under such a system than they are now. IRS agents would insist on payment in cash and if the people didn’t have cash, they would take whatever they had, selling it for cash. People could easily lose their homes, their businesses and their very means of survival under such a system; and there would be little to no recourse that they could use to regain what the government takes from them.

So, to answer the question I posed in the title of this article, yes, taxes would survive a SHTF event. Even in cases where not much else would survive, we could count on taxes surviving. As the old saying goes, “There’s two things you can be sure of in this life, death and taxes.”

A few people might manage to escape the attention of the IRS agents in such a case. Specifically, those who managed to escape to a prepared survival retreat would be hidden from the many eyes of the IRS… at least for a while. But you can be sure that even those people would be found eventually and the IRS would seek to extract their pound of flesh, with interest.