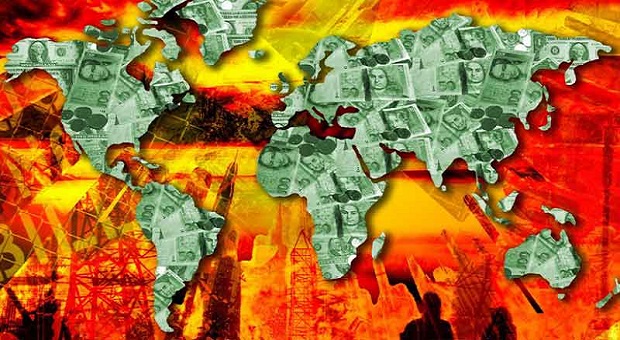 Human history is rife with examples of fiat and hard currencies alike that have risen and fallen over time, often with disastrous results. Most famously, there were the bank runs and subsequent collapses of the 1930s and the ensuing Great Depression that enveloped the United States and many other countries (including Canada, Australia, Britain, Germany, etc.) while more recently there have been bank holidays and bank runs in Iceland, Sweden, Latvia and just this year in Cyprus and Greece.

A similar banking holiday and bank run here in the US, especially in light of the events of the late 2000s and through to this year, doesn’t seem entirely unlikely. With the level of financial turmoil and economic upheaval that accompanies such a bank run, there is very real potential for widely spread civil unrest and societal breakdown to ensue.

To ensure that you, and your family, have the best chance to survive and continue to thrive, proper preparation is necessary.

Unfortunately, the people of today are even less prepared than their ancestors, especially here in the US. Family farms, once an archetype of the American way of life, are now a rare and increasingly limited thing of the past. Storing extra food or keeping a well-stocked pantry is practically unheard of, especially among the younger generations.

There are also more people now than ever before, living more densely in cities. Most people have never tended a garden in their life, let alone grown their own food crops or own the land necessary for it, so you can imagine the chaos and panic that will ensue in the face of any serious financial calamity.

There are many ways you can prepare yourself and protect your assets from the likelihood of an economic collapse or serious breakdown of civilization, though. One of the best ways you can protect yourself is to invest in hard assets that are tangible and retain their value despite the test of time. Owning arable land, and/or operating a farm in the spirit of our homesteading forefathers, is one good way to invest your wealth and protect your family.

Whether paper and/or hard currencies are still used, if history is anything to go by they are probably going to be hard to acquire and/or highly inflated and relatively worthless as a result.

Although a more reliable currency may be developed, during the period of chaos and upheaval there are many tried and true alternatives to traditional and fiat currency that can be used in trade and barter. Some of the most common things that have been (and still are) used as alternative currencies include:

Those who own land or farms in the countryside are generally going to be at an advantage in the case of widespread societal collapse. Although a certain percentage of people will try to flee from cities and developed urban areas, thus posing a potential threat to your countryside location, the fact is that most of the masses either won’t leave or won’t get far from the cities they live in.

Not everyone is able to take action in the face of economic ruin, either, many people will go catatonic in shock, will hole themselves up in their home, or even commit suicide, unfortunately.

There are some other key ways that you can increase your chance of surviving, and potentially even thriving, in the event of widespread chaos and societal collapse. These include:

Whenever possible, you should also stockpile extra food, water and other basic necessities of life, but these recommendations will put you in a stronger position to trade and barter for whatever you may need after a collapse but didn’t have a chance to stockpile. Perhaps more important than any other preparation you make, though, is your level of mental preparedness.

Disasters and crises situations exert a huge toll on humans psychologically and mentally; stress and fatigue can wear down even those who are reasonably well prepared in a material sense. Prepare yourself mentally and psychologically by developing a firm plan of action in the event of a critical emergency, and review your plans with your family and/or close friends.

Panic in a critical situation can be deadly, so by preparing ahead of time and knowing your plan of action by heart you’ll be calmer and have a clearer mind in the event of a real emergency.