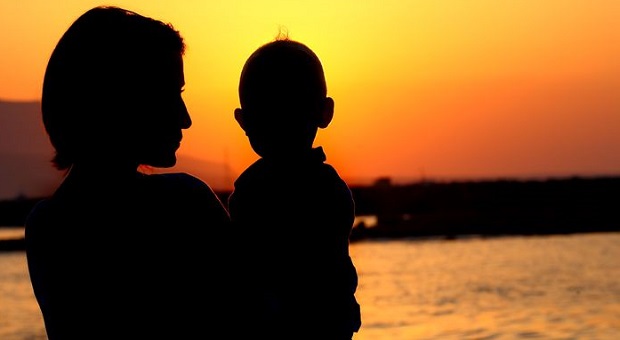 Without a doubt, single parents often have to learn how to make do with what they have. This is partly because there’s less money coming in, and partly because one person can only be in so many places at once!

Single parents have to learn skills that parents who have the support of the other parent may not have to. As a result, single parents tend to be self-reliant and crafty with their time and resources.

There are many survival lessons that you can learn from a single mom!

Learn to Do for Yourself

This is huge. In a 2-parent household, more traditional roles may be observed. Dad may work on the car while mom cooks dinner. This isn’t stereotyping; it’s just the way that it is. Parents that can depend on their spouses to help out around the house are often content to settle into a particular role. Even if mom is working on the car because she can’t cook, there is still a skill that she isn’t learning because she doesn’t have to.

Single parents don’t have this luxury. If the car needs fixed and dinner needs cooked, that parent better be able to do them both. Since money is often too tight to afford either a mechanic or a home chef, the single mom is going to have to learn how to do them both!

This is a huge survival skill that you can learn from a single mom. Often, there are 10 different fires at once to put out. Homework is being eaten by the dog, dinner is burning and little Susie is beating the crap out of her little brother because he shaved her Barbie. A single mom will just sigh and dig in because she knows that if she doesn’t put the fires out, nobody will.

All the emergencies will be resolved and she’ll get so used to it that even if Barbie is aflame, she’ll dunk her in her cold coffee and move on to the next problem without breaking a sweat. There’s no time to panic; that’s just one more thing that she would have to deal with.

After a while, she learns how to react without panicking every time a kid squeals or the fire alarm goes off. She has nerves of steel and will likely be able to calmly respond in a SHTF situation because she’s used to thinking on her feet. 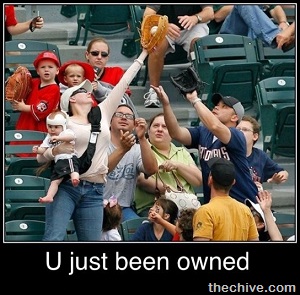 If there is one thing that a single parent knows for sure, it’s that there are only so many minutes in the day no matter how much needs to get done. A single parent quickly learns how to organize her day so that she’s doing many things at once. The dry cleaning gets picked up on the way to soccer practice. Laundry is washing and homework is being done while supper is cooking and clothes are drying while the kids are eating.

In a survival situation, you’ll have to know how to keep several irons in the fire at once too if you’re going to make it. The kids need to be getting packs ready and gathering the animals while you’re loading the car and calling your parents. To a single parent, that’s just an average day.

Repurpose and Reuse What You Have

When a parent moves from a 2-income situation to one where she has only her money coming in, she learns how to get the most out of what she has. What would once have gone in the trash is now mended or put to use as something else.

The scrub brush that’s now too dirty for the kitchen is moved to the floor bucket. Egg crates become craft projects and egg shells go into the plant water because that fancy fertilizer that she used to buy is now too expensive. She learns how to repurpose and reuse what she has. As preppers, we know what a valuable skill this is.

Another survival skill to learn from a single mom is resourcefulness. Life doesn’t often hand you the solution to your problems so you have to learn to work with what you have. Single moms may not have a lot but they sure know how to think outside of the box to get things done. Nights at the movies may be expensive but a night spent doing a scavenger hunt in the neighborhood is free, and probably more fun.

They say that necessity is the mother of invention, and if there’s one thing that a single mom is good at, it’s figuring out how to get what needs done, done, no matter how limited her resources are. Alternative solutions are still solutions; it’s just a matter of training your brain to find them.

The Ability to Prioritize

In a survival situation, you’re going to have to be able to prioritize. Is it more important to escape or to try to save your home? Should you plant the tomatoes today or fix the chicken coop? A single mom knows that she can only accomplish so many things and learns to prioritize her tasks so that the imperative ones get done while the not-so-important ones get shoved to the back burner.

She doesn’t see herself as a failure for not making it clear through the list as long as she makes it through all of the stuff that HAS to be done. She can make this list in her head in the mornings and have it sorted in about 3 seconds flat. That’s a valuable skill to have!

Learn the Art of Simplification

The key to being happy is learning to be happy with what you have. That’s a saying that my grandmother taught me and it’s true. In today’s world, we’re defined by how much we do, how fancy our “stuff” is, how many projects we’re managing and how well our kids do in school and sports. It’s rubbish and it’s causing us to lose focus of what’s really important.

As preppers, one of our key beliefs is that eventually, we may need to be able to do without all of the fancy trappings of modern life, so why not start now? Single moms know that time with her kids is more important than a spotless house. She doesn’t have to be head of the junior league as long as her kids are happy and thriving. A single mom quickly learns how to simplify her life because if she doesn’t, she’ll lose her mind. She appreciates the small things and is happy with them.

A single mom’s life is basically a real-life example of a survival situation and the skills that she learns along the way will serve her well if SHTF. I venture to say that the newly organized world will be pulled back together by single parents because they’ll be the ones who hold it together and come up with the plan to keep things running!

There are many survival lessons that you can learn from a single mom, and we hope that you enjoyed reading about them. If you can think of more, we’d love to hear about them in the comments section below.