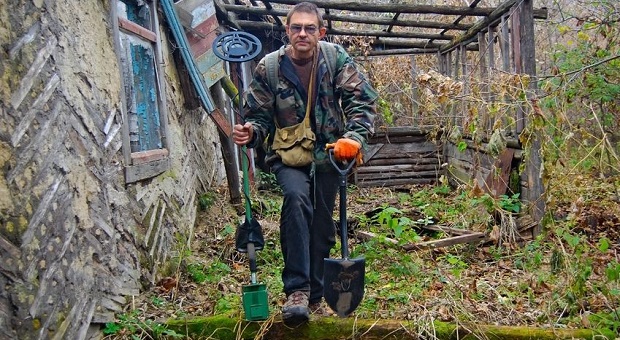 Scavenging For Goods Is The New Treasure Hunting

Scavenging, freeganism, dumpster diving, gleaning; no matter what it’s called, it’s becoming a way of life for many people, and not just because they’re poor. The average Joe (or Jane!) throws away anything that no longer works even if it’s fixable.

Grocery stores and restaurants toss food that’s perfectly edible and the idea of such waste is appalling to some. Proponents of repurposing have elevated their hobby to an art form; they go through trash to get whatever they think is salvageable.

Is this gross or simply good, green economics?

Let’s talk about it!

Depending on what source you check, as much as 200 million tons of refuse goes into landfills each year. Considering that much of that is used clothing, electronics, books and food, it seems only logical that much of it could be salvaged or repurposed.When you consider how wasteful we are as a society, it’s a case of one man’s trash being another man’s treasure.

Most people are of the mindset that everything is disposable.

If the sweater shrinks a bit, toss it in the trash and buy another. If the garden hose gets a wee leak, toss it; Walmart sells them for under $30.

Finished painting and have 3 gallons of paint left? Pitch it because it’s taking up space. We live in a society ruled by convenience rather than frugality.

Where once we would have darned a sock with a hole in it, now we just pitch it and buy a new pack. This way of living is cultivated by laziness and the ready availability of credit lines that allow us to buy now and pay later. When you look at it like that, scavenging doesn’t seem quite so gross; as a matter of fact, the waste is what seems repulsive if you’re being logical.

Enter scavengers. These are people who see dumpsters and curb-side bags as places to search for hidden treasure. Where most people see trash, they see endless opportunity.

Look in the bag: what possible gold may be inside?

A barely used scarf? Awesome! A set of silverware missing a couple of butter knives? So what – who uses them all at once anyway? How about a pair of stinky old Nikes? No thanks. Those truly are garbage.

It’s just a matter of what you like and what you (or your family and friends) truly need or want. Really, what’s the difference between scavenging and yard-sale shopping, other than scavenging is free?

Seriously, this is probably THE BIGGEST ISSUE for most people.

We’re socially programmed to believe that scavenging through garbage is dirty. Anything that you get from a dumpster has to have something wrong with it, and you’re looked at with pity or disgust because you’d actually consider going through somebody else’s trash to find something to take home.

So what? Once you get it home, who’s going to know anyway? And who really cares, after all is said and done?

The problem is that we’re a capitalistic, corporate-minded, greed-driven society that absolutely must shop for the best. The more you pay for something, the higher up on the chain you are. That’s so bass-ackwards that it’s not even funny.

Thanks, but I’ll take the free sweater and save my money for something else. 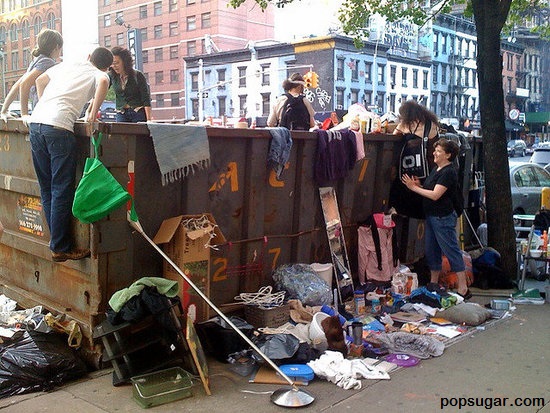 The Benefits of Scavenging

Speaking of capitalism, I actually know people who have turned scavenging into extremely profitable businesses.

They know when garbage goes out in each neighborhood and they drive around searching for valuables. They pay attention to department store dumpsters and even cruise through the back of the grocery stores to grab some day-old donuts for breakfast. Then they take their treasures home, clean them up and sell what they don’t need. It’s almost pure profit.

They don’t steal, they don’t scam people and they’re doing the environment a huge favor. They also make a tidy profit both in sales and savings by doing it.

They are the ultimate hunter-gathers and they’re proud of it.

Where and How to Scavenge

Really, you can do it anywhere. Do you see something discarded alongside the street? Stop and check it out. This is a great place to get furniture, clothing, electronics and appliances, especially if you’re handy. If you’re creative, you probably see a whole host of possibilities just by driving to work.

In most places, once trash hits the curb, it’s public property and therefore legally pickable but be considerate and don’t make a mess.

Department stores throw away all sorts of stuff on a daily basis but you have to be careful. If the dumpster is locked in a fence or has a “no trespassing” sign, you can be arrested for dumpster diving there. Often though, if you ask a manager, you can get permission. It just depends on the manager and the store.

Grocery stores aren’t allowed to keep food past the expiration date and it all has to go in the trash. Sometimes vendors take it back for a refund but sometimes it goes in the dumpster. What’s one more day on a loaf of bread that’s already been on the shelf for a week?

So what if the box is beat up on the pasta? Produce is often tossed way before it’s actually bad, too. Canned food is actually good for up to 10 years, though most companies don’t date them for more than a couple of years.

Another reason that some people scavenge is to get the metal from discarded objects.

Copper and aluminum bring a nice price at the salvage yard and even steel can be worth something. Computers, wiring, cans and motors are all good sources of recyclable metals. It may require a bit of disassembly, but the effort can be worth it when there’s no financial investment.

Basically, there’s nothing wrong with a huge percentage of stuff that gets thrown away on a daily basis. Sometimes a minor repair can revive a product so that you get years of use from it. It’s all just a matter of perspective.

Know When to Walk Away

The big thing to remember is that you don’t want to get carried away with scavenging. You’re doing it to save money and to provide for yourself and your family. If you don’t need an item or know somebody that needs it, don’t bother picking it up. Leave it for somebody else that may have a use for it.

Scavenging is a lot like couponing or going to yard sales; it’s easy to get carried away by the idea that the item is free. However, if it’s not useful to you, then it’s just junk at your house instead of at somebody else’s.

Do you have any cool tips for scavenging, or an opinion on the topic? If so, please share it with us in the comments section below!