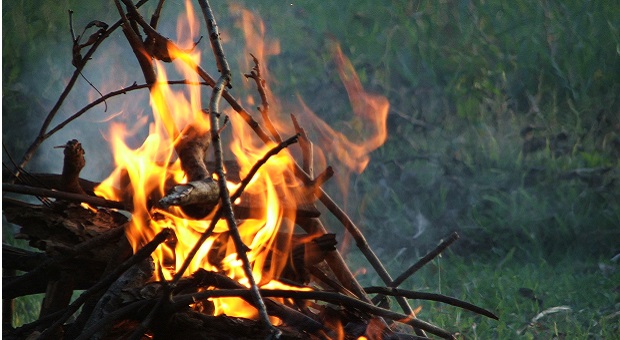 Life without fire is largely very hard, so procuring fire naturally becomes a number one survival priority in most situations.

Fire not only allows you to sterilize water, cook food, keep warm, and drives bugs away, but it also lets you wash your clothes in hot water, dry your clothes, and it tends to keep predators at bay. To this end, when it comes to preparing for the worst there is really no such thing as too many ways to start a fire.

Whether you’re packing a bug out bag or just stashing things away for the future like a good pyromaniac, fire-starting methods are one area where the old saying ‘variety is the spice of life’ really holds true.

Your options include lighters, matches, waterproof matches, flint and steel, firesteel / magnesium and even rubbing two sticks together. Note that, in the event you find yourself with sticks and nothing more, softer wood is generally easier to ignite.

When it comes to old-school flint and steel vs. the modern ferrorods, also known as firesteel, there isn’t much competition. Starting a fire with flint is a great skill to have, but it is harder and takes a degree of finesse, whereas ferrorods are quicker, easier to use and produce more sparks. The sparks produced by ferrorods are also hotter than those produced by traditional flint.

Lighters also come in several varieties. It’s good to keep a few standard, Bic-style lighters in your survival gear, but there are torch-style lighters available as well. The torch-style lighters tend to cost more, but usually they are refillable, and many are rated as wind proof or storm proof. Starting a fire in stormy, windy conditions is enough to drive anyone crazy, so investing a bit in a quality torch-lighter can be well worth it.

Having a good fire-starter is really only half the battle, though. To build a reliable fire, you have to have a fire-starter, some form of kindling and suitable wood. Since good kindling isn’t always available, you can save yourself a lot of headaches and effort by packing your own.

Here are some great tinder materials you can pack to help get kindling going:

Once you have your fire-starter and your tinder or kindling prepared, you can build your fire. If you’re gathering materials from nature, be on the lookout for birch bark, sage and other herbs such as thyme and lemonbalm. Birch burns exceptionally well, especially when already dry, and herbs like sage and rosemary burn well and produce pungent smoke that deters bugs.

Avoid gathering material that is still soft; sticks should be brittle and easily broken, meaning they are dry and dead. Fresh growth and branches with green leaves still on them aren’t nearly as suitable for building your fire because there is a lot more moisture in the wood and leaves.

Once you’ve built your fire, elements of civilization will begin to return and you can resume feeling like something of a human being again.