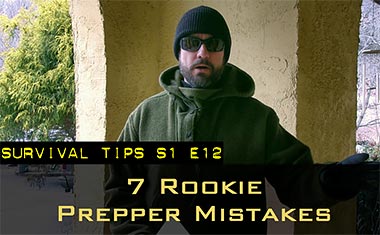 How many people would survive if a disaster would strike right now? Would it be 3%? Would it be less? Or those who were prepared for the worse would be the only survivors?

Being a prepper might be tough sometimes, but it’s definitely the best option to consider for your survival.

Read below some useful articles we found for you about good days and bad days when prepping. 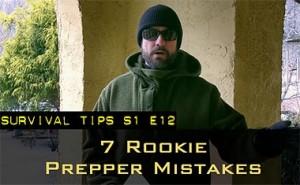 “By some estimates,* 3 million Americans consider themselves “preppers,” and Joel Skousen estimates that for every one prepping, ten are thinking about it.

If you’re one of those ten, you need to avoid these common mistakes I’ve seen new preppers make (and admittedly some of which I’ve made myself).”

2. Sharing Survival and Prepping: How to Speak to Friends and Family About Being Prepared 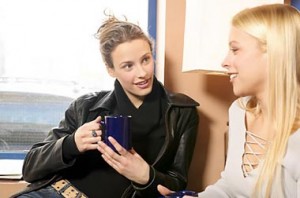 “Having other people to help and support you is oftentimes more valuable than all the stockpiles in the world, but unfortunately it can often be difficult to bring up the topic without sounding crazy.

Even close friends and family who you trust might be a little weirded out by the idea of preparing for even a temporary breakup of the status quo. Fortunately, there are ways to speak earnestlyand intelligently with others in a way that might convince them.” 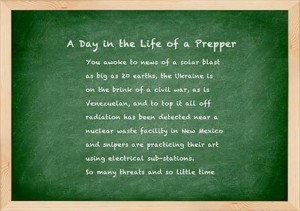 “You awoke to news of a solar blast as big as 20 earths, the Ukraine is on the brink of a civil war, as is Venezuelan, and to top it all off radiation has been detected near a nuclear waste facility in New Mexico and snipers are practicing their art using electrical sub-stations.

So many threats and so little time, and you realize you cannot prepare for all possibilities and you have to work on not becoming paranoid. The news alerts however do give you new incentive to tighten up your preparations. You had too many things catch you off guard this winter.”