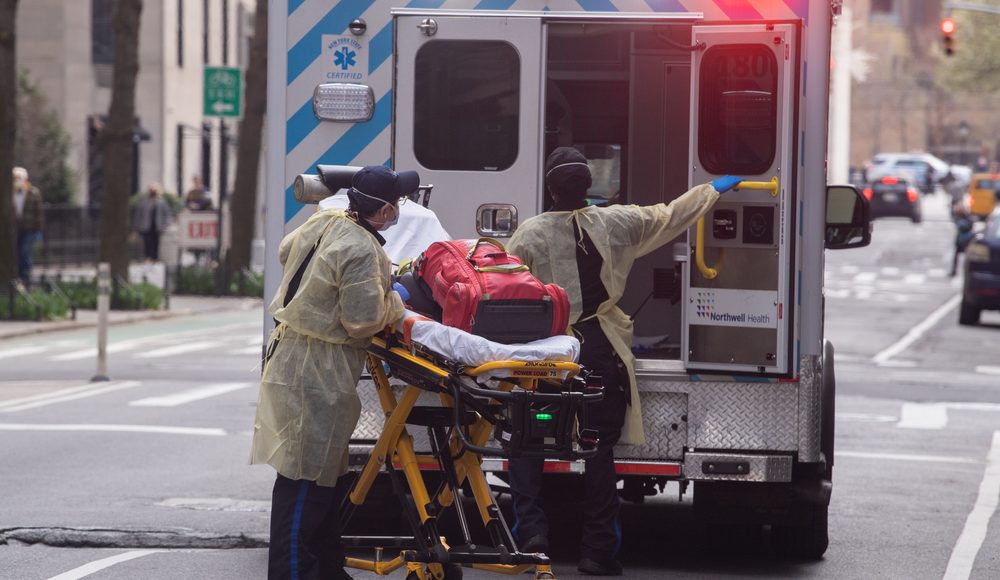 Post-disaster health hazards you should be aware of

Fighting a disease or outbreak during and after an SHTF event becomes an almost impossible task if you don’t prepare for such a scenario.

Some folks think they’re ready to endure everything the future may throw at them. They’re armed, educated and they have a shelter equipped with supplies and gear. Even so, they still have to ask themselves, how will they protect their loved ones from unseen enemies. Enemies that have been feeding on the sick and the unprepared every time disaster struck.

These enemies are Nature’s diseases that we sometimes struggle to defeat, and good hygiene is not the only thing we’ll need to survive.

Let’s look at some of the dangers you have to face on an awful day, what you can do and what you should do based on the sources of illnesses.

When disaster strikes and people act chaotically, so will their pets. Cats, dogs, and every other animal you can think of, once obedient pets, might soon roam free in your area. Like you, they are trying to survive, and sometimes, they may turn into an active threat.

In some instances, stopping such a threat might be just a matter of having the right tools for the job. Rifles, handguns, and even your archery equipment will do a decent job if you’re a good marksman and if you remember to store these weapons in your survival shelter.

So, in theory, you can deal with unavoidable encounters. Still, the CDC recommends you should keep your distance from animals after a disaster and, most importantly, that you should avoid any stinging or biting insects. This seems like common-sense advice, and there’s certainly no news there, but how do you do that?

Both humans and animals will seek one important survival source, food. Keeping critters away means securing your food sources. Maintaining proper hygiene when you prepare and cook your food and disposing of waste adequately become mandatory tasks after SHTF. Keep this in mind if you don’t want to attract animals of any kind, including rats and other critters that are carrying diseases.

Minimize your exposure to insect bites and stings if you want to reduce your exposure to Malaria, the West Nile virus, and other diseases insects carry. Your shelter should have screens inside, and you should always wear clothes that cover your skin as much as possible. Even more, learn how to prepare insect repellent using the resources you’ve stored in case you didn’t manage to buy some of those commercial insect repellents.

Think about lowering your chances of getting bitten by reducing the mosquito population in your living area. Make sure you remove any standing water in and around your shelter. All the items lying around can become water containers when it rains, and these will soon turn into mosquito breeding grounds. Emptying pools and flooded areas may be a tedious task, but you should eliminate such standing-water sources as soon a possible.

One topic that is hardly ever discussed in the survival literature is the outcome of a disaster in which folks will have to deal with dead animals. After a natural disaster such as flooding, there will be animal carcasses around your shelter, and you need to get rid of them. But what is the best way to do so?

Once again, the CDC comes with some recommendations, such as wearing protective equipment when disposing of dead animals and getting rid of the remains using heavy-duty plastic bags. They also recommend calling the authorities to come and get the carcasses, but what if there’s no one to answer your call?

Understanding that dead bodies are a problem, whether human or animal, is the first step in dealing with the overall issue. The second is finding the means to dispose of such matters properly. You have only two options, burning the bodies or burying them. For both tasks, you will need resources (fuel, plastic bags, digging tools, etc.) and manpower if there’s a lot of clean-up and disposal to be done.

Water is the most important thing survivors need to worry about when maintaining good health after a disaster. Making sure safe drinking water is available to everyone without interruptions becomes critical after a natural disaster.

This should be common sense by now since the need for water is irrefutable, and if the water sources get contaminated, you are pretty much on your own. Some may face dire situations risking dying from dehydration rather than taking their chances with contaminated water. If you take your chances with questionable water, you may suffer from waterborne illnesses such as diarrhea, hepatitis A and E, cholera, and many others.

Learning how to purify water and storing all the means to do so becomes vital if you are a serious prepper. Some may use chlorine since it’s inexpensive, readily available, and can kill pretty much all waterborne pathogens. However, the intelligent prepper will plan for a clean water source.

There is a multitude of factors that can inflict wounds during and after a disaster. Getting your skin punctured by a rusty nail, bitten, or even getting a small cut can leave you susceptible to tetanus. According to the WHO, when the anaerobic tetanus bacillus Clostridium tetani contaminate a wound, it releases a toxin called tetanospasmin, which interferes with motor neurons, causing tetanus. They state that: “Contaminated wounds, particularly in populations where routine vaccination coverage levels are low, are associated with morbidity and mortality from tetanus.”

So how do you avoid this?

In a best-case scenario, you would be able to receive professional medical assistance. However, that may not always be the case, and you will need to learn a thing or two about primary wound care.

While desperate people can harm you to get their hands on your resources, even a peaceful crowd can cause problems. Being around groups of people who are displaced by a natural disaster is unhealthy. Understand that becoming part of a crowd exposes you to the diseases the crowd is carrying.

Measles, for example, can spread like wildfire in crowded areas, especially if immunization in those areas is non-existent. Meningitis, an inflammation of the membranes surrounding the brain and spinal cord, can also spread in crowded areas. It is important to remember that bacterial meningitis is contagious and is the most dangerous form. It can spread through sneezing or coughing and requires emergency medical care because it can cause permanent damage to the brain or other parts of the body in just a few hours, sepsis, and even death.

And let’s not forget acute respiratory infections (ARIs), which are viral infections that start in the nose, trachea (windpipe), or lungs. If they are not treated in time, they can spread to the entire respiratory system preventing normal breathing function. If you catch it and don’t heal it in time, your body will stop getting enough oxygen, resulting in death. Even more, the ARIs are particularly dangerous for children and the elderly, and those with immune system disorders.

Prevention is the best method to handle viral infections. Make sure you keep your distance from gatherings and crowds.

If the power goes out, whether it’s in your home or your neighborhood, or even your state, there are things you should be aware of to avoid illnesses or life-threatening conditions.

The first thing most people will do when the power goes out is to start their generator. If you plan on doing the same thing, make sure you place it in a ventilated area (preferably outside) to prevent carbon monoxide buildup. Carbon monoxide poisoning will claim your family faster than any disaster, long before you’ve had the chance to open your survival kit.

Another thing you have to keep in mind when electricity stops flowing because your food may spoil once your fridge stops running. The CDC suggests throwing away all food that has a temperature higher than 40 degrees. Food poisoning can become a severe problem during and after a disaster. It can cripple your health in a matter of hours, preventing you from taking care of mandatory survival chores.

How about staying cool?

This may not seem like a problem for many, but as we’ve seen in the last decade, the heat waves hitting our country have become more dangerous than ever due to global warming. More than 1,300 people die every year due to extreme heat, and it seems the numbers are increasing year after year. Try to stay cool to avoid heat strokes and other heat illnesses. You can move underground in your basement or improvise an air cooing system using ice (if available) and a portable fan. Do whatever you can to protect yourself from the heatwave.

Preparing for it all

You can do all sorts of preparation and invest all your money into your prepping plans, but if you don’t respect Nature and the unseen dangers it can bring, it will be all in vain. Preparing for diseases should be an essential component of your preparedness plan, and remember that not only the elderly are susceptible to illnesses.

Maintain good body hygiene, keep your shelter clean, and make sure everyone around you practices the same healthy habits. You have to take care of yourself because chances are, the doctor’s office will be closed, and the wait for medical assistance will be too long when the brown stuff hits the fan. 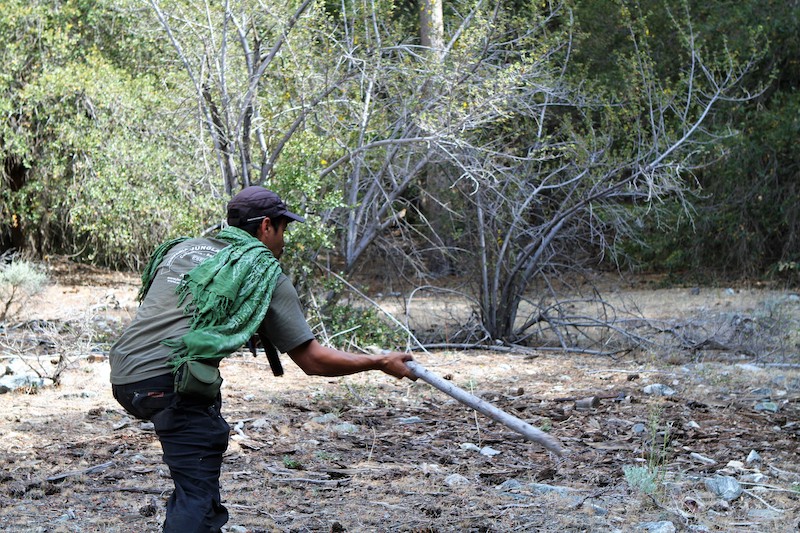 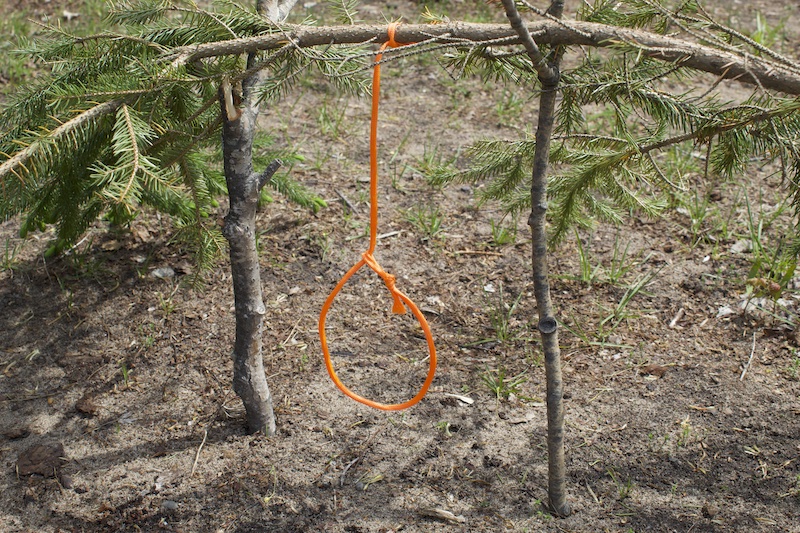 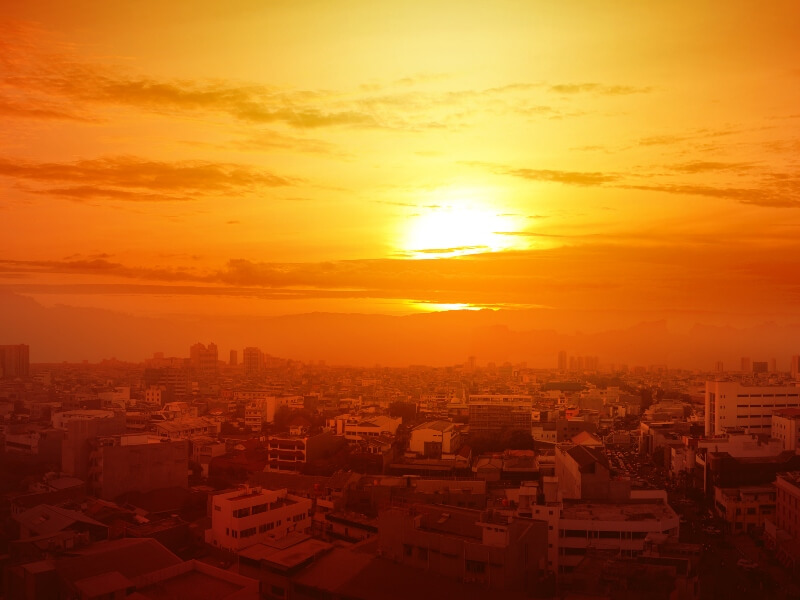 Preparing for This Summer: 9 Ways to Prevent Heat-Related Illness