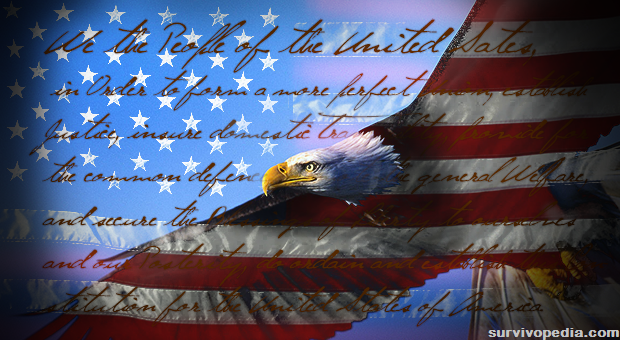 America wasn’t built by weak people and it most assuredly wouldn’t be the country that it is today if people had the mentality that many do today.

The bottom line is that we’ve become complacent and weak as a country. There’s nothing wrong with compassion as long as it isn’t at the expense of self but we’ve passed the point of being nice and now reside in the land of weakness.

The way that the country comes together in tragedy proves that American people still possess these traits; they’re just buried under deep layers of apathy and laziness.

Here are just a few lost survival traits that made this country what it is today: the land of the free and the home of the brave.

From the time of Native Americans, Americans have been independent thinkers.

The problem with today’s society is that a huge majority of the population wakes up in the morning and swallows the spoonfuls of crap-du-jour that news networks and social media are serving up. We’ve moved away from being the high-flying, far-seeing independent eagle and are now grounded sheep that ignorantly and trustingly bleat however our neighbors do.

Believe however you want, but be willing to back those beliefs up with facts and logic. Take the time to research the topics that affect your way of life. You can’t change the direction of the train if you don’t even know that it’s moving.

It’s your freedom that’s at stake – you’d think that would be worth at least as much of your time as you invest in finding a witty cartoon to post on Facebook.

Being Willing to Call “Bullshit” 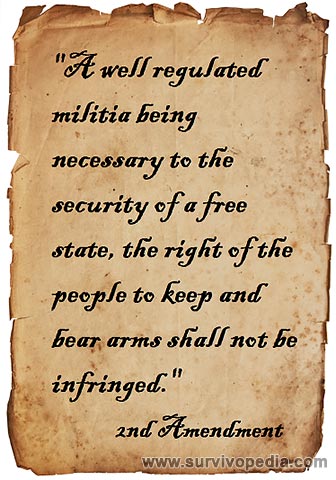 Edmund Burke said “The only thing necessary for the triumph of evil is for good men to do nothing.”

Our forefathers were willing to stand up and fight against tyranny and oppression in order to preserve (or gain) independence from any and all challengers. That sense of patriotism seems to be a dispassionate ghost of its former self in most people today.

Our rights are being slowly stripped and we’re swallowing the “logic” that accompanies the laws.

In some cases, the laws are directly against our constitutional rights yet we still sit back and say nothing.

Fellow Americans, where are your spines? Evil is most certainly prevailing.

We’ve become a people who believe that the world owes us a living. Now I’m not applying this statement to everybody, but it does apply to a large percentage of our population. Our ancestors died to have the right to live here.

The American dream was once attainable by just about anybody who was willing to work hard enough to achieve it and it still is.

The problem is that very few people are willing to stick it out and invest the blood, sweat and tears necessary to prevail. The “I will do it” attitude has been replaced by the “poor pitiful me should get stuff for free” attitude. We are a land full of asses waiting to be kicked.

From top politicians right on down to the bottom of the totem pole, nobody is willing to stand up and lay claim to their mistakes or take responsibility for their actions. Everything is somebody else’s fault. Remember that when you point a finger, there are 3 more pointing back at you!

It’s not always the case, but for the most part we each make the bed that we lie in. When you take responsibility for your actions, you can finally see what’s going wrong and take steps to change your path, improve your life and make yourself a better person and a better citizen. Sometimes you have to apologize and sometimes you have to make retribution, and our ancestors were willing to do that in order to preserve the rights of every citizen.

As a matter of fact, our forefathers took the time to consider their actions BEFORE they took them in order to live in a manner that didn’t encroach on others. They appreciated their rights and knew that they came with limits.

There’s an old saying that goes something along the lines of, “My right to swing my fist ends where your nose begins.” If you take a few minutes to think about that statement, it covers everything that our ancestors held near and dear, and that we now take for granted. 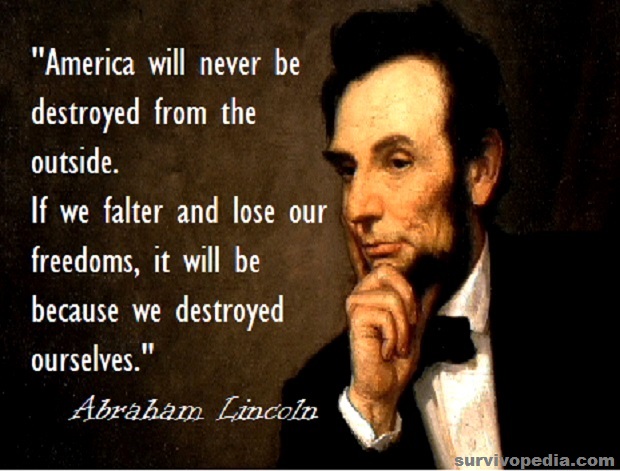 We are a country built on innovation and “making do.” Native Americans lived and thrived for centuries solely off what the land had to offer. They knew how to use what they had on hand for whatever they needed and they knew how to read the environment for signs about food, water and weather.

Immigrants and settlers learned the same skills and also applied skills learned in their native countries to “advance” their new country.

We’ve now become so technologically advanced that we’ve lost the problem solving and the survival skills that made us a strong people in the very beginning. Without our handheld devices we can’t even tell if it’s raining, let alone figure out where to find a source of water. (Googling “nearest 7-11” doesn’t count!)

That’s going to equal a world of hurt for many people when SHTF.

As a country, we’ve gotten away from both the moral and physical survival skills that built this country and made it a force to be reckoned with. For years, other countries have known that to poke us was to risk waking the sleeping giant. However, recent events and the non-action of our citizenry in the face of tyranny and adversity over the last several decades have shown us to be weak.

If we continue on our current path of dependency and apathy, it won’t be long before all of the rights that our forefathers (and foremothers!) fought so hard for are lost.

Get your pride back, America: it’s in there, so dig deep and get back on track!