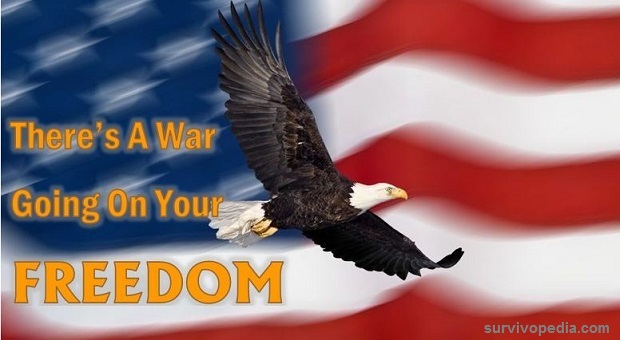 There’s A War Going On Your Freedom

It has become increasingly clear over the last few years that the United States is no longer “the land of the free and the home of the brave.”

While I’m sure that there are still plenty of brave people around, especially in the military, I’m also sure that government hacks are doing everything in their power to take away any vestige of freedom, aided and abetted of course, by the communist freeloader in the White House.

We all know about the direct assault that the political left has been making against our 2nd Amendment right to keep and bear arms. There has been no subtlety to that attack, nor have there been a whole lot of facts involved in it.

Time and time again, the facts show that an armed population has less crime. Other facts show that the laws they want to pass won’t eliminate the crimes that they want to stop. But those inconvenient facts don’t seem to be slowing the liberals down at all; they’re working overtime to drum up hatred for guns and those who carry them.

{adinserter bph}Of course, the whole gun control thing isn’t really about protecting society, it’s about protecting those control freaks in Washington from the citizens that they have supposedly vowed to serve. Maybe if they truly tried serving the people, they wouldn’t have any reason to fear the guns.

The 2nd Amendment isn’t the only right under attack though; pretty much all of the rights granted to us under the Constitution and the Bill of Rights have been either eliminated all together or severely compromised. The government is spying on us all, breaking our 4th Amendment right, and it seems that there’s nothing that can be done to stop them.

Sadly, the 1st Amendment is probably receiving some of the most horrendous attacks. Obama has redefined freedom of religion to mean “freedom to worship as you choose in private.”

He’s actually said that in a speech and his actions, especially through the Department of Justice, show that he means it. At least, they show that he means it if you’re a Christian. If you’re a Muslim, on the other hand, and you understand from your holy book that you should wage war on those who aren’t, you can have all the freedom of religion that you want.

He’s even gone as far as to say that the rights guaranteed under the Constitution aren’t rights at all, but privileges. While the two may seem similar, there’s a huge difference between them.

He’s already locked up his first political prisoner, Dinesh D’Souza; once that’s happened, there’s really nothing to keep him from going crazy and locking up more.

The infection of Obama’s ideas has spread throughout the Democrat party, giving many liberals the boldness to totally ignore the Constitution and our constitutionally guaranteed rights. That’s probably because they realize that the Justice Department is on their side and won’t go after them for breaking the law.

In other words, the legal protection that We, The People, are supposed to have from our government, is only being given to those who the government believes deserve it.

Who are those? Basically, they are minorities whom Obama has benefitted since he got into office. The funny thing is that these minorities don’t even represent five percent of our total population; yet they’ve become the tail that’s wagging the proverbial dog.

In the last week, reports have come out that the mayor of Houston, Texas, an avowed lesbian, showed her stripes by attacking pastors in the city. She had the sermons of Christian pastors subpoenaed. 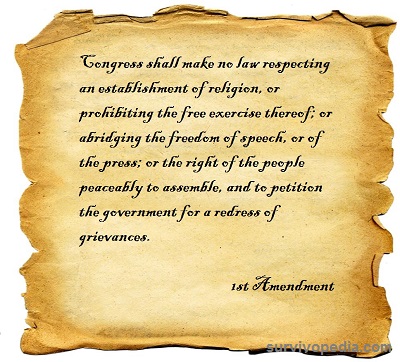 Specifically, they were looking for any messages those pastors preached or written communication that they did, which went against the LGBT community, as well as LGBT political activism.

As a subpoena, if the pastors ignored it or refused to obey it, they could legally be jailed.

On top of that, there was a clearly implied threat that they would be jailed if they had preached against homosexuality in any way.

The LGBT community has made it clear that anything which offends them is unacceptable and should be against the law. The PC (politically correct) police have signed on with them and are doing everything they can to force that will upon the nation.

Christians and other conservatives are regularly maligned for their “old fashioned views,” but Muslims aren’t. Why is that? Because everyone is afraid to malign the Muslims. They don’t want to be the next one to have their head cut off on camera. On the other hand, Christians tend to try and follow the Biblical admonition to “turn the other cheek.” While that is admirable, there comes a point in which you run out of cheeks to turn. I’m not sure if we’ve gotten there yet, but it looks to me like it’s coming close.

If mainstream America doesn’t do something about it, we’re soon going to find ourselves without any rights at all, except the “right” to obey our political masters.

It’s time for mainstream America to draw a line in the sand and say “no more.”

I for one refuse to bow my knee to the PC police and their liberal thinking. I refuse to allow the government to take my guns away.

I refuse to let the government spy on me and treat me like I’m the enemy.

And if they want an enemy I can be it, and while they may get me, I’ll take a few of them with me before I go.