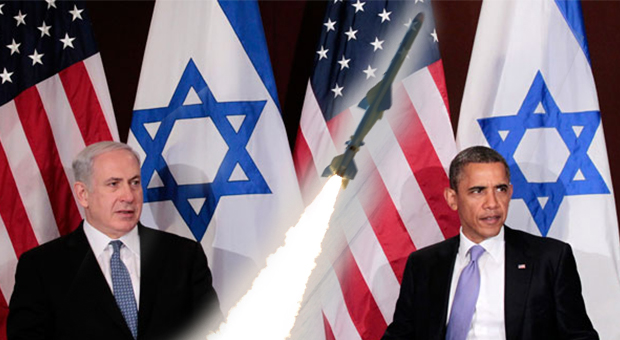 I remember back in the 70s, when Iran first officially declared war on the United States. It was a bit of a joke back then, considering that there really wasn’t much they could do to us. They didn’t have the naval might to attack us, didn’t have missiles that could reach us and didn’t have any nuclear capacity to threaten us with.

All that may be changing. Iran has been the biggest threat in the Middle East for quite some time now. Seeing themselves as the guardians of “true” Islam, they have been a danger to their neighboring Islamic countries as well, not just to those of us in the “infidel west.”

In the first Middle East war, Saudi Arabia insisted that we stop at the Iraq border and not depose Saddam Husain. That wasn’t any act of benevolence towards Iraq on their parts, but rather enlightened self-interest. They wanted Iraq intact, to act as a buffer between them and Iran.

Yet Iran continues to move. They ignore any pressure that is placed on them by other countries and do what they want. This includes putting pressure on other Islamic countries, developing their military and even developing a nuclear program.

One of the actually useful things that the United Nations is trying to do is to prevent the proliferation of nuclear arms. They have put pressure on countries like North Korea, Iraq and Iran, all of whom have been trying to develop their own nuclear programs.

Mostly, that pressure means trade embargos, but for countries that can’t grow enough food to feed themselves, that can be pretty effective pressure.

At least, it can be pretty effective pressure until our pro-Muslim president gets into the picture. Everyone knows how he caved to the Iranians, lifting restrictions and allowing them to continue with their nuclear program, accepting their word that it would not be used for military purposes.

This has shown how inept Obama is at the foreign relations part of his job. Trusting any country, let alone a rogue country like Iran, to withhold from developing nuclear weapons, just because they say they will, is naive at best and outright suicidal at worst. Nobody seems to believe that Iran won’t develop a nuclear bomb, except the current occupant of the Oval Office.

CLICK HERE to find out how to build your DIY nuclear shelter for less than $300.

There’s also the possibility that Obama realizes that Iran is going to go ahead with developing nuclear bombs and is might try to help them out. We’ve all seen how he has pampered radical Islamic terrorist organizations.

But Iran’s nuclear program isn’t the whole picture. Last year, Iran sent warships into the Atlantic Ocean, trailing down the Eastern Seaboard. While they stayed in international waters, there’s no question that they did this to thumb their nose at the United States. Perhaps that was nothing more than kicking the tiger in the tail, but it could have been a practice run for something much more sinister.

If Iran continues sending their ships off of the Eastern shores, it will eventually become something we’re accustomed to. Even worse, it will become something our military is accustomed to. The “normality” of the event could lead to relaxed diligence when Iranian ships are off our shores, opening the door for those ships to take more direct action, catching our military by surprise.

Now, Iran has added something new to the mix. Israel’s news media has just released footage taken from satellites, which proves that Iran has developed and deployed Inter-Continental Ballistic Missiles. The footage shows missile silos outside the Iranian capital of Tehran, which contain ICBMs that can reach Israel, Europe and maybe even the United States.

Compared to developing a nuclear bomb, developing a working ICBM is child’s play. The technology has existed for decades and it hasn’t been kept anywhere near as much of a secret as that for building nuclear bombs. Of course, you can find that information on the Internet, so we’re dealing with areas here which really aren’t military secrets anymore.

When Iran finishes developing their first nuclear bombs, which could happen in the next couple of years, all they have to do is couple them with their ICBMs and they can hold the world hostage. Considering they are the most militant Islamic nation, that’s not a very good combination. The question then becomes not if Iran will use their nuclear tipped ICBMs, but when.

Even if those ICBMs can’t reach the United States, all Iran has to do is build a warship that is capable of launching them. Considering that they are building a 3/4 scale copy of one of our aircraft carriers, I doubt that building an ICBM capable warship will be a challenge to them. That would make them the biggest threat to the United States.

I’ve said it before and I’ll say it again; the single dangers to the United States aren’t Russia or even China. They are Iran, North Korea and the radical Islamic terrorists. They may even have to compete with each other, in order to be the one who gets to deliver the first blow.