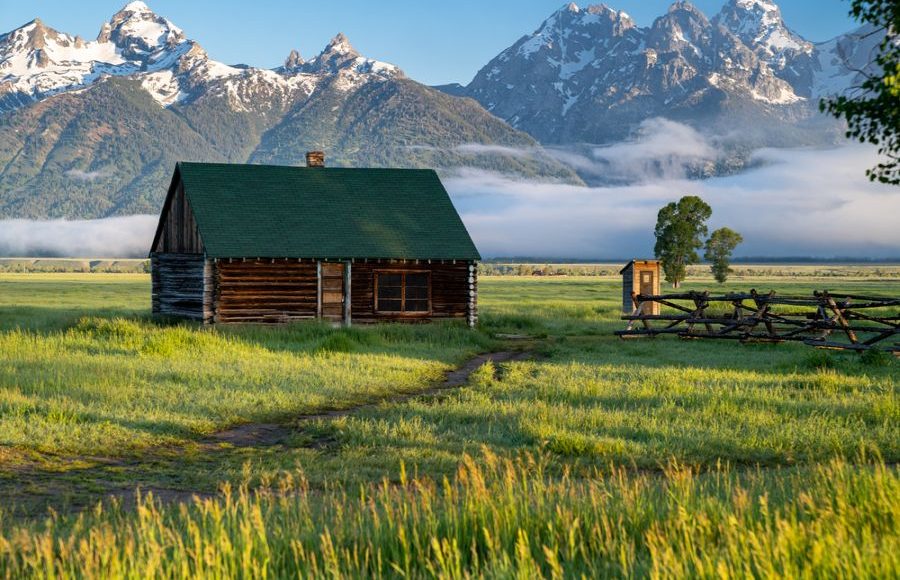 How to Turn Your Home into a Homestead

The idea of gardening as a means of extending our food stockpile and have enough food to eat during a long-term survival situation has been well-accepted in the prepping community for some time. Even so, I wonder how many of us have any idea what that entails.

As I’ve spoken with various preppers and prepping groups, one of the things I constantly see is them underestimating the amount of food they’ll need to grow to survive. From the people who have an aquaponics “farm” made from an IBC to those who build a four-foot square vertical garden, these people are all vastly underestimating just how much work they’re going to do to feed their families or survival groups.

Don’t get me wrong. I believe that we can grow enough food in our backyards to feed our families. I think it’s going to take a much bigger garden than what these people are doing. There have been enough examples of people who have raised all or almost all of their food in the back yard of their suburban home to prove the concept. But in every one of those cases I’ve seen, they’ve turned their entire backyard into a garden, not just a few feet of it.

Some Facts About Raising Food

Let’s look at a few facts about this. To start with, the average American adult eats roughly a ton of food a year. Of that, 50 to 60 percent of our daily caloric intake is in carbohydrates, broken down by our bodies into simple sugars to provide energy to our muscles. Most of those carbohydrates come from grains, plus of course, the American favorite, the potato.

That Powers Your House For More Than 2 Days!

Unknown to most people, grains aren’t pollinated by bees or even mosquitoes, like most vegetables are. Instead, they are wind-pollinated. The wind carries billions of pollen grains through the air. Only a tiny percentage of those grains of pollen succeeding in landing on other stalks of wheat and completing the fertilization process so that the grains of wheat can form. This pollination process requires that grains be planted en masse rather than just a few lone rows. So if we want to continue eating bread, we’re going to need a lot of space planted in wheat.

Unfortunately, grains take a lot of room to grow. A single 10′ x 10′ garden plot might produce enough wheat to bake one pound loaf of bread. If we want to raise enough wheat to provide 50 percent of our calories, we’re going to need an awful lot of space dedicated to it; probably more than we can successfully grow with the primitive methods, we’d be limited to after a major disaster. We’d be much better off growing corn and turning it into cornmeal. That will produce about three loaves of bread in that same garden plot.

So, if we can’t grow enough grains in our backyards to feed us, where will we get all those carbohydrates we need? We’ll get them from root crops, particularly potatoes. Based on the same information I used to come up with one loaf of bread per 10″x 10″ garden plot, we can get somewhere between 6 and 13 pounds of potatoes. In some parts of the country, it would be possible to get two harvests of potatoes per year, doubling that amount.

Even then, it’s going to take most of our backyards to grow enough food to keep our families fed; and that’s assuming that we go on a low-calorie survival diet of fewer than 1,500 calories rather than the high-calorie diet we’re living on today.

The average residential lawn is 10,871 square feet; that includes both the front and back yards. Put another way, and it’s a bit less than a quarter acre. Using that 10’x 10′ plot I mentioned earlier, we’re talking about 108 garden plots. If all of that is in potatoes (and it shouldn’t be), it works out to somewhere between 648 and 1,404 pounds of potatoes.

That’s not enough for us to live on. We’re going to have to increase our productivity. But that’s possible, as the numbers I used were based on commercial farming, which doesn’t make as efficient use of land as raised bed gardening, vertical gardening, and some of the other techniques familiar to urban homesteading.

Based on my personal experience, I can tell you that waiting until a disaster comes to start gardening is a huge mistake. First of all, there’s the learning process that you have to go through, learning how to garden. My son was our gardener until he moved out. Then I inherited the garden: but I’ll have to confess, I didn’t know what I was doing. It took me three years to get to the point where I was getting anything that even resembled a decent harvest from my garden. And that still wasn’t enough to live on.

The second thing is that it takes at least a year to get the soil ready for a good garden. While you can and should plant in that garden the first year, don’t expect a great harvest. It takes time for the compost to break down and get mixed into the soil, providing nutrients to the new plants growing.

But here’s the big one; it takes a lot of time and materials to turn the majority of your backyard into a vegetable garden. You’re best off using raised beds, as those will give you the greatest yields. That means trucking in enough materials to build the beds and good potting soil to grow your crops. That’s not something that most of us can afford to do in a month or two, let alone having the time and energy to do the work.

Another factor to consider is that most fruit trees don’t give any fruit for the first few years. The shortest time to produce fruit is three years for some dwarf fruit trees, with some standard trees needing as long as ten years before they have fruit.

Between the time needed to build up your vegetable garden and the time needed to get trees to bear fruit, you need to start working on converting your home into a homestead today if you expect to be able to live off what you grow. Animals are considerably faster than that, although if you’re talking about building a small herd of goats or sheep, it will take several years as well.

Starting now also allows you to build your homestead in stages, expanding it slowly as you get each new section running smooth. That will help keep the project from becoming overwhelming, taking up more of your time than you can afford.

Water for that Garden

Growing that big a garden will take a lot of water; there’s no question about that. As long as everything is okay, that’s not an issue, as we have access to municipal water. But when the power goes out, and there’s no water, we are still going to need water for our gardens. Otherwise, the only question will be whether we die first of dehydration or survive until starvation sets in.

The two basic answers to this problem are wells and rainwater capture. While a well is a more secure source of water, providing water more consistently, there are very few places in the country where you can’t harvest enough water through rainwater capture to meet your needs. I live in a relatively arid part of the country, and I’ve run the calculations. I can get enough water off my roof to meet all my needs, and that’s only using part of my roof.

The big problem for most of us isn’t whether or not we can get enough water by rainwater capture; it’s storing that water. Two-thirds of the rainfall here is in May through September. That may seem ideal to some, but our planting season here starts in February due to the extreme heat of summer. Most of that rainfall is coming after I’m getting my first harvest. I’m better off rainfall-wise for my second harvest, planting in September, as the rain is falling for the first couple of months after planting.

So what’s the solution?

If we use rainwater capture as our primary water source, we will need to increase our water storage capability drastically. There are three basic ways of doing this:

Keep in mind that you’re going to need some means of moving that water around and getting it to your garden with any of these options. That means a pump, which will probably need to be solar-powered.

The other important thing to implement is water conservation measures. Sprinkling water is probably the most inefficient way of watering a garden, regardless of whether that water is being sprinkled by a watering can, a sprinkler system, or a garden hose. The fundamental problem is that too much of the waterfalls where it isn’t needed.

My solution to this problem is to use underground soaker hoses. I run two lengths through each bed and water at dusk. This reduces the amount of evaporation and gets water right to the plant roots.

The Israelis invented an even better system than this, with drip watering systems. While more complex to install, a correctly set up drip watering system puts water only at the base of the plants, right where the roots can soak it up. There is no waste because there is no water going anywhere it isn’t needed. For a survival homestead, this makes the most sense of all.

Animals are part of any actual homesteading project. We need those animals for the protein that they provide. The question becomes, what sorts of animals should we have? For many of us, that decision will be made by local laws, as cities and towns are the ones who have control over what we are allowed to grow on our property (assuming we live in the city).

Most cities will allow you to keep at least a few chickens, allowing you to have eggs, even if they don’t allow you to have enough chickens to make it possible to slaughter them for meat. You can also usually get away with raising rabbits, as most people would consider them pets. The third thing you can have in most places, without problem, is fish, especially if you have a landscaping pond to keep them in.

Where things get tricky is when you want to raise anything larger than that. Most municipalities put severe restrictions on goats, sheep, pigs, and larger livestock. Even if they allow them, it is usually limited to only two considered pets. If you want more than that, you’ll probably have to live outside of town.

Of course, having larger animals also means needing more land, so you’ll probably be living outside of town. But then, we’re not talking about a backyard homestead, but rather a full-blown one. I’m all for that if you can afford it, especially as it will increase your chances of survival. 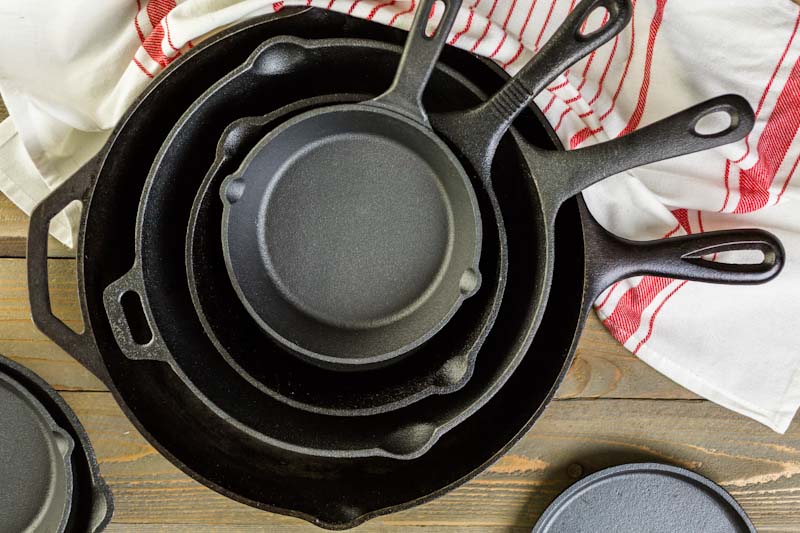 Cast iron cookware requirements for the outdoor and homestead kitchen 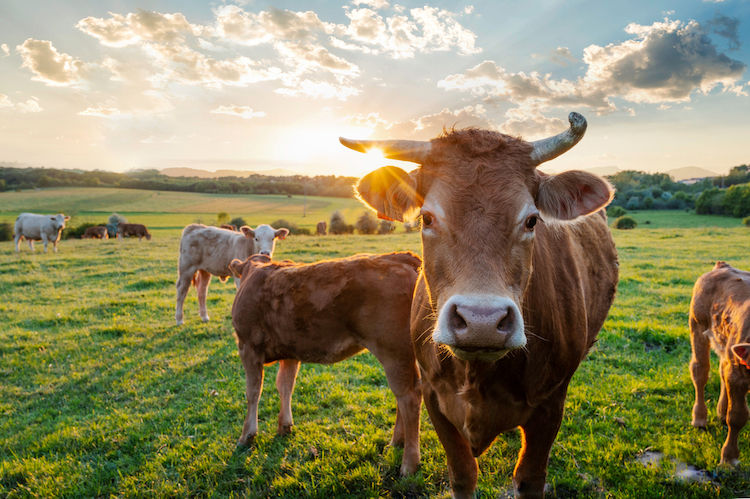