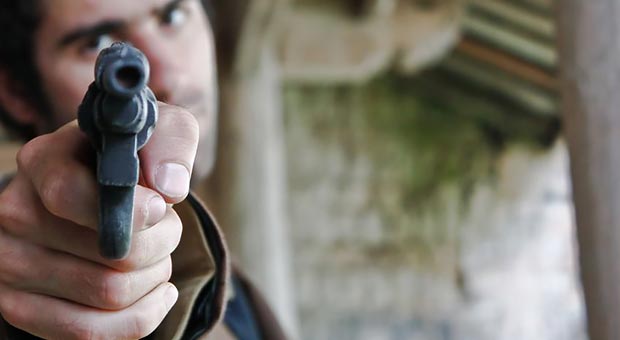 Sneaky Tricks to Scare the Looters

Looters are a serious problem that accompanies any disaster. If you don’t believe me, just look at Hurricane Katrina; the city was underwater, but the looters were out, seeing what they could steal.

Of course, it doesn’t take a disaster to get looters going; there are plenty around on a day-to-day basis. It’s just that they seem to multiply during the aftermath of a disaster.

Unfortunately, the police can’t stop them.

I’m not blaming the police for that; there are only so many police officers on the streets.

There’s no way that they can be everywhere at the same time, stopping those looters from doing their thing.

No, if they’re going to get stopped, it’s going to have to be because you and I do it, not because the police stop them.

There are three important things to keep in mind about the criminal mind. These three attributes pretty much define why they do what they do:

With that in mind, there are a number of things that we can do to scare off looters, before they can accomplish their goals. Always remember, your goal is to get rid of them, not necessarily to kill them or even to arrest them. You want them to leave you alone and leave your goods with you.

Remember, your goal is to scare them, so that they will run away. In order to do that the most effectively, you want to hit them with everything you’ve got, all at once. In other words, while your ambush is going on, get the dogs barking and set off your simulators. Throw some fire their way as well.

The more confusion you can add to the mix, the more terror it’s going to create in their hearts. That will get them to leave, much more effectively than anything else you can do.