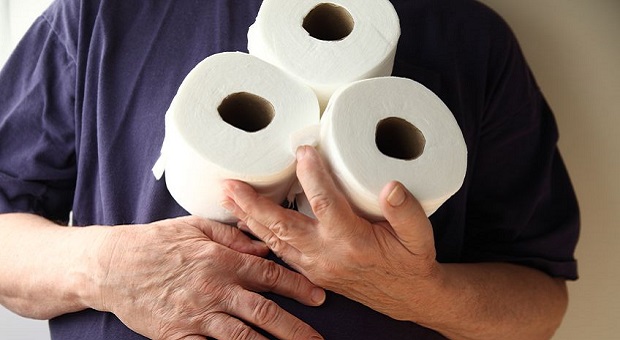 How To Recognize And Treat Food Poisoning

Food poisoning in an everyday situation is bad enough but at least you have access to hospitals if you need medical treatment. In a post SHTF situation, it can be deadly.

Recognizing the symptoms can be crucial too, because a case of food poisoning may present similarly to other, contagious diseases such as the flu or malaria that would cause you to isolate the person or forbid them entry into your home, compound, etc.

The first thing that you should probably know is the different types of food poisoning, because if you know the types, you know how to avoid contracting (or causing) food poisoning. Here we go.

Norovirus is the most common cause of food poisoning; as a matter of fact, it accounts for over half the cases reported annually. Typically, Norovirus is contacted due to poor hygiene and improper food handling. Symptoms include vomiting, diarrhea, chills, headache, low-grade fever, muscle aches and fatigue.

It’s rare for Norovirus to be severe enough to cause death, but it could happen. Also, care must be taken with hygiene because the Norovirus because it IS contagious through contact with bodily fluids.

The only real treatment for it is maintaining hydration while waiting it out. Symptoms should subside within a couple of days or sooner.

To avoid contracting it (or spreading it) wash your hands and all cooking areas and prep tools thoroughly. If somebody has it, clean everything that they come into contact with thoroughly or discard it in a hygienic manner. Somebody who’s had Norovirus shouldn’t prepare food for others for at least 2-3 days after symptoms go away.

Norovirus survives extremes in temperature so you have to kill it chemically. Bleach is a good bet. Wash your fruits and veggies thoroughly and cook all shellfish before you eat them. Don’t eat or drink after people and avoid handshaking. If you do, don’t touch your face before you wash your hands. 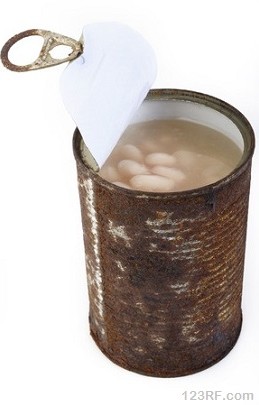 The next on our list of fabulous things not to get is botulism. Caused by the bacteria Clostridium botulinum, this type of food poisoning is rare but extremely serious. The botulinum toxin is one of the most poisonous biological substances known to man.

It’s a neurotoxin that causes central nervous system impairment. Botulism is most frequently contracted from improperly prepared or damaged canned goods, whether they’re home-canned or store-bought.

In babies, you may see constipation, flopping around, a weak cry, drooling drooping eyelids, paralysis or difficulty sucking.

Treating botulism in a SHTF situation is going to suck because the only treatments are to induce vomiting and bowel movements in order to get the toxin out of the body as quickly as possible. Antibiotics aren’t recommended for foodborne botulism because it actually speeds up the release of the toxin. There is an anti-toxin, but that’s only available at the hospital.

The best way to deal with botulism is to avoid it. Don’t eat canned goods, especially low-acid produce, meats and fish that you even suspect may be bad, or that are stored in a jar or can that’s been damaged or isn’t sealed properly.

This is another bad boy in the food poisoning category. Avoid it at all costs because it sucks. It’s caused by exposure to contaminated products including meat (usually hamburger), unpasteurized milk or juice, soft cheeses made from unpasteurized milk, or alfalfa sprouts. It can also be contracted via contaminated water or by coming into contact with contaminated animals.

There are a couple of reasons that e Coli is bad. First, even if you have the lesser strain, symptoms can last 5-10 days. Symptoms include severe diarrhea that is frequently bloody, vomiting and severe abdominal pain. The other, more critical reason, to avoid e Coli is the risk of HUS, or hemolytic uremic syndrome which is an infection that releases a toxin that can damage red blood cells, thus causing kidney injury. This is rare, though and will manifest after the first week if it’s going to. Symptoms will include facial pallor, decreased urination and dark, tea-colored urine. There’s really nothing you can do to treat HUS at home.

Treat e Coli by remaining hydrated and resting. Do not take antibiotics for e Coli.

E Coli can be spread from person to person by contact with contaminated feces so, again, hygiene is imperative. 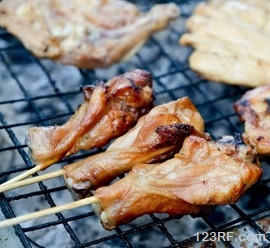 Salmonella is a bacteria that affects the intestinal tract and is found in the intestinal tract of poultry and seafood. It’s caused by eating undercooked contaminated meat, seafood or eggs. The food is contaminated by coming into contact with the feces of the infected animal. Fruits and vegetables treated with fertilizer made from the feces of infected animals can carry the bacteria, too.

Contamination can also occur if you don’t keep your work surfaces and utensils/tools clean. If you cut bread with a knife that you cut contaminated chicken with, your bread is now contaminated. Wash your counters, cutting boards and tools with an antibacterial such as a product with bleach.

This can be spread by people infected with salmonella by coming into contact with their feces.

The good thing about salmonella is that it’s easy to kill by cooking the product thoroughly. Wash all of your produce well before eating it and don’t think that just because an egg is clean with no apparent breaks in the shell that it’s safe; some chickens can spread salmonella to the egg before the shell forms. To sum it up, cook poultry, eggs and seafood well and wash your produce.

Symptoms of salmonella will show up anywhere from several hours to two days after contact. It can cause vomiting, diarrhea, stomach cramps, fever, headache, chills and bloody stool. Symptoms typically last four to seven days but it can take several months for your bowels to get back to normal.

Treatment includes maintaining hydration, taking anti-diarrheals and antibiotics. Antibiotics are typically only used when the bacteria has spread to your bloodstream, which isn’t typical.

As you can see, the common thread here is hygiene and proper cooking methods. The best way to avoid food poisoning is to wash your hands, make sure that all of your food is properly prepared and fully cooked, and take precautionary measures when treating a person with food poisoning as all types are contagious if you come into contact with certain bodily fluids; typically feces. In a post-SHTF situation, some of these illnesses can be lethal so the best cure is prevention.

If you know of anything else that I’ve left out or if you have any tips or tricks to help with food poisoning, please tell us about it in the comments section below!