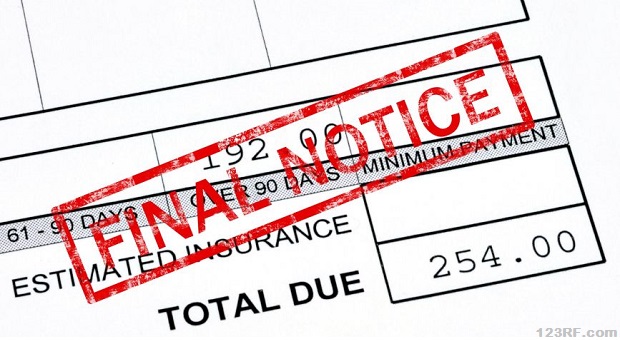 How to Pay Your Debts During Crisis

A number of years ago I heard a credit card ad from Citibank that was scary. The ad ended with them saying something like, “We know 1 out of four families in America, what about yours?”

Do you see any significance in that statement, or was it just me? What I saw was that at that time, 25 percent of our population owed one bank money. Like I said… scary.

I’d be willing to bet that today the figure is much higher.

America has become a nation of debtors, with the average family living on 110% of what they earn. Every year our personal debt increases, with no end and no paying it off. At the rate we are going, we will all die in debt; passing debt, rather than an inheritance on to our children.

I guess it’s not all that surprising that the national debt keeps growing, considering that personal debt does as well. However, you and I can’t just print money to make up for our shortfall, like the government does. Eventually we have to pay that money off, one way or another.

This is an area where few preppers think to walk. I don’t have any statistics, but based upon what I see, many preppers have just as much outstanding debt as anyone else; debt that will follow them into whatever crisis might present itself. Paying that debt off in the middle of a long-term crisis would be difficult, especially if that crisis was a financial collapse.

The best thing we can do with debt is to get out of it. While that might not be easy, it can be done if we are willing to take the necessary action.

Cut some corners on your budget and use that money to pay off your loans. Sell your new cars and drive something a little bit older. Tackle your debts one at a time and pay them off; starting with the smaller ones. Then, once one is paid off, apply the money for those payments to the next biggest debt, paying it off early.

When a crisis comes, you may not have the income you need to pay all those debts; that’s the danger that you face. If you can’t pay, there’s a very good chance that you’ll end up losing whatever it is that you owe the money on. While there are some actions which you can take to forestall that, none of them are as certain and secure as not having the debt in the first place.

So, let’s say a major crisis happens, even a financial collapse. What can you do with those debts?

First of all, you can try and get the lender to accept what is known as a forbearance. This is a legal contract where they agree not to take any action on you for a pre-determined amount of time or until you are working once again.

Forbearance is most commonly used by graduating college students to put off paying their student loans until they get a job, but that’s not the only place it is applicable.

The next thing you might want to try is loan consolidation. Typically, in a loan consolidation situation a new loan is taken out, which is used to pay off the old ones. This new loan usually has a lower interest rate and lower payments. If you have a lot of credit card debt, you may want to consider doing this now.

If you have a financial windfall, you could have the answer to your debts right there. Most people look at a financial windfall as a means of buying something they’ve always wanted. While there is nothing wrong with that, doing so when you have outstanding debt is not good financial management. Better to use that money to get out of debt, and then start saving up to buy that thing for cash.

If that financial windfall isn’t big enough to pay off your debt, it still might become the seed to allow you to pay it off. Any serious financial crisis is going to bring high inflation with it, maybe even hyperinflation. Whenever that happens, it creates a great investment opportunity.

The Power of Example

Let’s say that you get $10,000 from your Great Uncle Joe’s estate. That probably won’t be enough to get you out of debt. But you can take that money and buy gold and/or silver with it. The reason I’m suggesting that is that in any financial crash or time of high inflation, gold and silver rise in value. 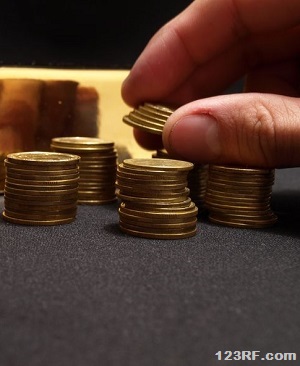 If you were to try this, you’d want to make sure that you were one of the first people to cash in your gold and pay off your debt.

If things get bad enough, banks will be pressuring the government to allow them to renegotiate loans (which really means that they decide the new interest rate and tell you; there’s no negotiating). You need to beat them to that, paying off your loan before they can make that move.

If all else fails, you may need to default on some of your debts. While I really don’t recommend this, there may come a time where you don’t have any other choice. In that case, you’ll want to think through which debts you can most afford to default on. That decision has to be made on what you need to keep in order to survive.

Let’s take a typical family’s debts for example. They probably owe money on their home mortgage, two cars, some credit cards and a purchase or two; say some furniture and a big-screen TV. The easiest debt to default on is the credit cards, even though they could make minimal payments on them.

Unless they have a bug-out cabin in the woods, they need their home to survive. That’s got to be number one. They can probably get by just fine without the furniture and TV, so that’s not a priority. So, the first ones to let go are the credit cards and the “extra” payments. The next one would be one of the cars. Car payments are expensive and in a survival situation, you probably only need one of them.

While this may still leave the family in a financial pinch, taking these sorts of actions could at least forestall the situation, allowing you to come up with an alternate plan, such as trading your car for an older one and downsizing your home.