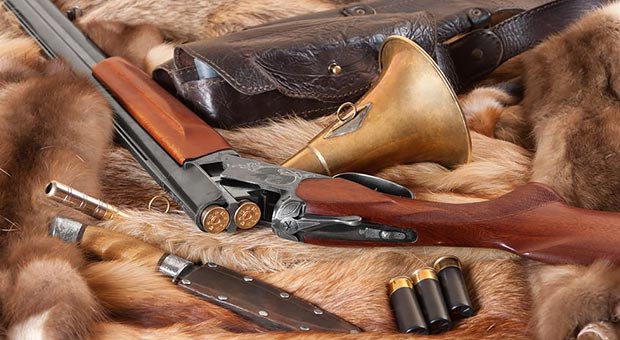 How to Field Dress an Animal

Hunting and fishing are the bread and butter for all survivalists out there. Besides being a very enjoyable activity for your spare time, hunting actually serves a purpose, i.e. putting food on the table in a survival situation. Knowing how to hunt and how to dress small/big game might really save your life at some point.

Now, dressing game is not the most pleasurable thing to do. But, you’ve gotta do what you’ve gotta do. I like rabbits too, but when it comes to survival, you know, better him than me!

Keep reading and I will try to share with you the main principles of the fine arts of hunting and field dressing. But you must remember that practice makes perfect, this is just a crash course in dressing game.

One of the most important things to remember, if you field dress animals/birds/fish, is that there is a risk of contaminating the meat with food-borne pathogens. For example, like any other kind of perishable meat, both raw and cooked game can be infested with dangerous bacteria, such as salmonellae or pathogens like E-Coli.

Unlike supermarket food that is tested for pathogens and is fit for human consumption (supposedly), game meat is another story; small/big game meat may contain parasites, the animal may be diseased, your guess is as good as mine where the animal has been and what it’s been exposed to prior to landing at the end of your skinning knife.

I know you all heard about hamburger meat infestation and stuff like that, so you know what food poisoning means. Therefore, you must be extra careful when handling the meat, especially when you’re in a real life survival situation and you don’t have access to medical services.

You must understand the dangers of gutting the animal incorrectly: there are blood-borne diseases/parasites and dangers associated withwild food, like warbles (a common parasite that is found in wild game) or Tularemia (rabbit fever). Also, the raw game meat must be properly cooked as soon as possible at a high enough temperature to destroy the potential harmful bacteria.

One of the crucial things when it comes to field dressing is to get a clean shot when killing the animal. If the bullet strikes the animal where it’s not supposed to, the internal organs may be mixed together; along with the hair, parasites may enter into the carcass.

A well-placed shot into the neck or torso (heart) should do the trick and it will also bleed the animal out. Now, when dressing game, you must follow a few basic steps:

There are a few ways to field dress the game, but basically the first step is to eviscerate the animal as quickly as possible after the shooting. In this way, you will prevent the loss of body heat and also keep bacteria from multiplying on/inside the carcass. In order to reduce the risk of infection, you should wear plastic gloves while gutting the animal. If you don’t have disposable gloves, you should wash thoroughly with water and soap before and after the procedure.

In the beginning, you can spread the hind legs of the animal by propping a stick between them in order to open up the carcass. The carcass itself should be hung from a tree or fixed on its back, using logs or rocks to keep it steady.

If the animal is a male, you must first remove its genitals, but keep the scrotum for later sex identification. In case you shot a female, you must remove the udder first. It is recommended to make a small incision, in order to prevent insects or dirt from spoiling the carcass during transportation. 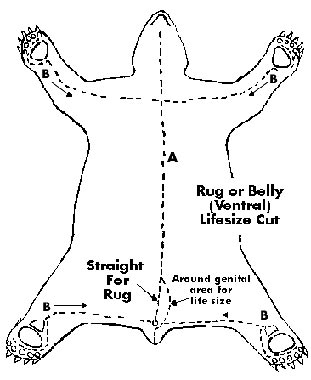 In the next step, you must use a well sharpened and clean knife to perform an evisceration cut, between the sternum all the way along, to a point near the scrotum/mammary glands.

You should lift the skin/muscle together while performing this cut, through the hide and the membrane.

You must try to avoid piercing the entrails and the intestines, because these areas are most likely to contain all sorts of bacteria associated with food borne diseases.

Between cuts, you should clean the knife frequently (using clean water or alcohol), to avoid the contamination of  the meat with bacteria.

In order to successfully remove the entrails, you must perform a circular cut around the anus orifice to loosen it up so it  will come out easily at the same time with the rest of the intestines.

The liver and the heart can be removed separately and placed in plastic bags as soon as possible if you like to eat organ meat.

After removing the entrails, you must clean the cavity thoroughly and drain the blood. All visible feces, dirt, hairs or bloodshot areas must be removed. The inside of the cavity must be wiped using paper towels or a clean cloth (you can rinse it with clean water also).

If you’re hunting small game, like rabbit or squirrel you can skin it prior to gutting it; things change radically when it comes to animals like deer or bigger. Still, if you’re transporting it, it’s better to leave the skin on.

Regardless of the animal, the principles of skinning are the same: first you cut around the head/neck of the animal to start skinning it. Slice through the hide but stop before slicing through the mea. Next you must remove the hide by tearing /cutting off the tissue that keeps it connected to the carcass.

Basically, you must peel back the skin/hide in both directions (along the evisceration cut), using your fingers and your knife when necessary. You must be careful not to let the hide to touch the carcass, as it may contaminate it.  At the very least, it will get hair on the tissue that’s extremely difficult to remove.

In the end, you must remove the complete hide of the game so that you can access the meat and begin the butchering process.