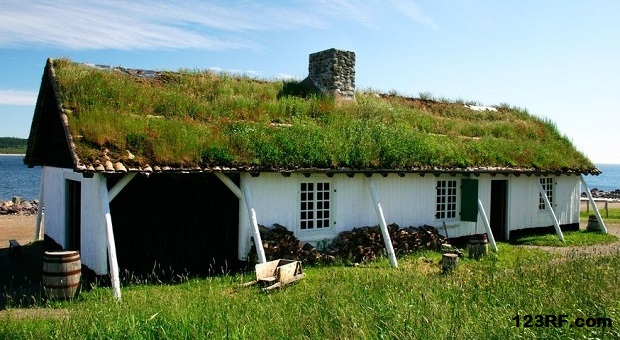 How to Use a Green Roof for Off-grid Survival

In many cases, the old ideas are actually more energy efficient than the newer high tech ideas that environmental activists are pursuing. It seems that some of our ancient ancestors were much better at “going green” than today’s generation, without even having a concern about greenhouse gases and the ozone layer.

Many of the most promising technologies aren’t as much associated with developing energy-efficient means of energy production, as they are in using the energy we have more efficiently. As we improve our use of energy sources, we save money and reduce our energy consumption. These more natural means of building show that there is a definite relationship between going green and living in harmony with nature.

One very effective method of going green is by putting a green roof on a home. These roofs, which can also be referred to as “vegative roofs,” are most simply a garden on the roof. They can be built on an existing structure, but are most effective when the building is actually designed to be built with a vegative roof.

The “Green” Energy at Your Hand

Although there are other benefits, most of the benefit of a green roof is in energy savings. A building with a full green roof can save as much as 75 percent of the energy used by a comparable building with a normal roof. These savings are divided between both heating and air conditioning, as the green roof helps with both.

Green roofs are able to provide this much energy savings because of their high insulating value. Of course, a lot depends upon how the home is built and the type of green roof that is constructed over it. A home with a thin green roof isn’t going to be anywhere near as effective in retaining heating and cooling as a home with a green roof that is several feet thick.

Ideally, a home with a green roof would be built into the hillside, with a thick green roof which extending to the ground on all sides. This more or less turns the home into an underground home, with the associated benefits.

The home would stay cool in the summer, because of being underground and remain warmer in the winter, due to its ability to keep from losing heat. The ground around and over the home would act as excellent insulation to help the home maintain a comfortable temperature, year round.

Combining green roof systems with passive solar heating may even have the capability of totally eliminating heating costs for the home, or at least reduce them to the point where one wood-burning stove could keep the whole house comfortably warm.

Being able to save 75 percent on a home’s heating and cooling costs will go a long way towards making it possible for a homeowner to go off-grid. The biggest problem with trying to go off-grid is in producing enough energy for the home’s needs. By reducing those needs by that amount, the homeowner is well on their way to reaching their goal of living off the grid.

From a survival viewpoint, having a roof that reduces heating and cooling energy requirements by 75 percent can make it much easier to keep the home comfortable if the grid goes down. By combining the green roof with other off-grid energy options, it might make it possible to take the home totally off the grid, while still maintaining a normal “plugged in” lifestyle. 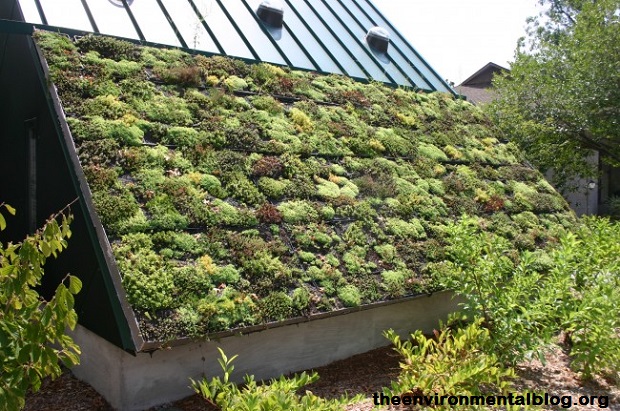 While green roofs aren’t usually used as vegetable gardens, it is possible to do so. The problem comes in that the green roof has to be totally covered with plants at all times, for it to work properly.

A vegetable garden usually has bare areas, whether due to harvesting or due to necessary spaces between plants. However, with the right sort of planning, placing plants together that can help each other and make better use of the space, it is possible to put a vegetable garden on the roof and still keep the green roof functioning properly.

Another great advantage of a green roof is the life expectancy of the roof. A typical asphalt shingle roof lasts 25 to 30 years, after which it has to be replaced. The old roof is trucked off to a landfill, where it basically doesn’t decompose.

A green roof will typically last about 60 years before it has to be replaced. When it is replaced, the growth medium and plants can be replanted elsewhere. The only part that actually has to be discarded is the waterproof membrane. While that doesn’t decompose any better than the shingles, there is much less of it to go into the landfill.

If you have questions on the topic or you have already built your own green roof, share your experience and thoughts using the comment form below!

Find out more about survival during crisis on Conquering the Coming Collapse.