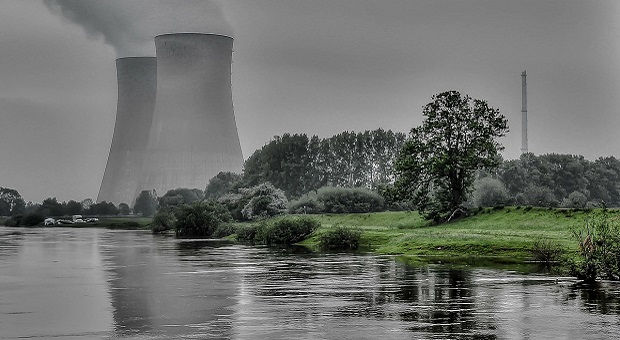 Fukushima Crisis Continues: What All Preppers Should Know

When it comes to chaotic nightmare scenario, earthquakes, tsunamis, and nuclear accidents easily rank at the top of just about anyone’s list. On the other hand, there is also a pervasive sense among preppers that these scenarios are not likely to happen in their area, let alone strike all at one time.

Sadly, in Fukushima, Japan, all three events did happen at one time, and the long term impacts still need to be considered by everyone interested in prepping.

What Is the Fukushima Nuclear Crisis About?

On March 11, 2011, a major earthquake struck off the coast of Fukushima, Japan, then a very powerful tsunami occurred. The water struck a nuclear power plant and caused major failures in the cooling system for several of the reactors. Within 24 hours, enormous amounts of radioactive material were being released into the land, ocean, and air, and it remained impossible to stop the radiation from leaking out. Today, radiation still pours out as there are three reactor cores that melted down, and very little can be done to stop this process.

At least 610 workers and nearby residents died due to radiation exposure, and thousands more are expected to develop cancers related to exposure to radiation. The toll is greatest on children, of whom over 1/3 already show signs of abnormal growth in the thyroid glands that indicate an increased risk for cancer.

To put it simply, yes, the Fukushima Nuclear Crisis is still ongoing, and presents a danger to everyone in its path. It is estimated that at least 520 tons of radioactive water found its way into the Pacific Ocean, and at least 50 grams of plutonium were released directly into the air, plus an undisclosed amount of other radioactive materials. (50 grams of plutonium can produce an explosion that would normally take 750 pounds, or 340 kilograms of TNT.)

The radioactive half-life of materials used to power nuclear reactors spans thousands to hundreds of thousands of years. When these particles find their way into the water, air, and soil, they will remain radioactive and continue to pose a serious danger to almost all life forms.

How Is Fukushima Crisis Impacting the US?

As of December 2015, radiation from Fukushima has reached the western shores of the US and Canada. It is estimated that some isotopes have jumped as much as 50% in concentration, however government agencies still claim that radiation levels are not high enough to promote the idea that people should stop swimming, boating, and eating from the coastal waters.

This mirrors Japan’s claim that their coastal waters in the area are safe despite the fact that radiation levels are 10 to 100 times higher than what is currently being seen along the west coast of the United States and Canada.

Why Should I Be Concerned?

As a prepper, dealing with a nuclear crisis is something that is sure to have crossed your mind. Here’s why you need to be concerned right now about Fukushima and its potential deadly impact on your life:

Unfortunately, it is virtually impossible for consumers to determine if elevated radiation levels are coming from Fukushima, a nearby power plant, or some other source of radioactive material.

Obesity is an indicator of thyroid problems, but most doctors do not make thyroid function tests a routine part of medical exams, let alone look for this as a cause of increasing body weight. On the other hand, thyroid cancers are some of the most common types that people get when exposed to nuclear radiation. Leukemia and blood cancers are also very common in people exposed to nuclear radiation.

To protect your body from ionizing radiation regardless of the source, increase Vitamin C intake, as it works as a natural shield. If you have been exposed to radiation, make use of herbal remedies that either inhibit tumor growth or stop it altogether. There are many other teas and other solutions that will increase pH (to a more alkaline level) so that it is harder for cancer cells to grow.

What About Long Term Consequences?

Loss of Areas to Grow Food

Once the land is contaminated by nuclear waste such as the materials away from the Fukushima power plant, it can no longer be trusted to sustain plants that will be consumed for food.

Here are some reasons why rising levels of radiation from Fukushima being detected in the soil represent such a problem to everyone that looks to this area for food:

Similar to the loss of land, it is highly unlikely that radiation from the Fukushima Crisis will be able to cause other non-radioactive particles to suddenly become radioactive. Dust and other radioactive materials in the water pose some serious problems. This includes:

Today, there are many preppers that feel the best thing to do is return to living off the land instead of hoping that FEMA and social programs will help them out in a time of need.

If you thought the impact of Fukushima on human reproduction was bad, then you haven’t really given much thought to the impact on animals that you might rely on for food. In fact, if you do some research on mutations found around Chernobyl, you see why it will be impossible to hunt or fish where radioactive materials from Fukushima show up.

Large die offs of animals and plants also tend to occur when radiation levels rise. In this case, the path of the ocean currents between Japan and the United States may well be corridors of death for millions of fish that will no longer be available for humans to consume. No matter whether there is a social collapse or not, a reduction in food from the ocean will lead to higher food prices, which in turn, will trigger other disasters.

Loss of Safe Air to Breathe

If you have done any degree of prepping, then you may already realize that respirators, gas masks, and closed oxygen systems simply cannot take the place of breathing regular air. The lungs are also some of the most sensitive organs in the body when it comes to being damaged by radiation.

As air based nuclear contamination from Fukushima travels along, it will drop into the Pacific Ocean long before it reaches the United States. That, however, doesn’t guarantee the safety of air in the United States.

Here are a few things to consider:

Cycles of nature aside, there are already statements coming out of Japan to the effect that they don’t know how to alleviate problems caused by Fukushima, let alone what kinds of problems will occur. If they can’t figure out how to even stop the radiation from leaking out of the reactors, why trust any governing body that seeks to assure us that air contaminated by this disaster is safe to breathe? The fact of the matter is no one really knows what the total impact on air quality from this radiation as it spreads across the world.

Impacts on the Economy

In a sense, running a country is not so difference from running a business. When you own a business, those who buy from you must have confidence that the products you sell are safe to use. There is no question that farmers in the United States and other nations rely on the good reputation of their land and water when it comes to exporting foods.

At a more local level, there are no estimates revolving around how many businesses will be driven under because high radiation levels mean that some operations can no longer be carried out in certain areas. This includes everything from farming to making wine, water, and many other products. As people get sick, an untold amount of pure human creativity and excellence will also be lost or left undeveloped as people struggle just to stay alive.

Anyone thinking about the economic impact of Fukushima should also think seriously about how much it costs to treat cancer. Since government bodies consistently under-estimate dangers from ISIS, it should come as no surprise that they may also be seriously underestimating just how many people right here in the United States are likely to develop cancer because of the Fukushima crisis.

In addition, regardless of the treatments used for cancer, they are all extremely expensive and there is no way for people with or without health insurance to be able to pay for it.

While everyone was focused on trying to avoid a nuclear war, a nuclear holocaust is already underway because of the ongoing nuclear crisis in Japan. Never forget that governments conspired to unleash a technology that they did have full control of, and is now presenting a very serious threat to millions of people right here in the United States.

Now is the time to demand answers and action on a problem that is much worse than anything that could come of conventional guns or even other forms of energy generation.

Take the time now to demand answers and the truth form leaders that continue to use “red flag” generated scenarios to hide what is going on in Fukushima. Our nation still has billions of dollars’ worth of tax dollars that can be used to help with research and resolving this crisis instead of wasting it on nonsense like gun control and other useless ego game agendas.