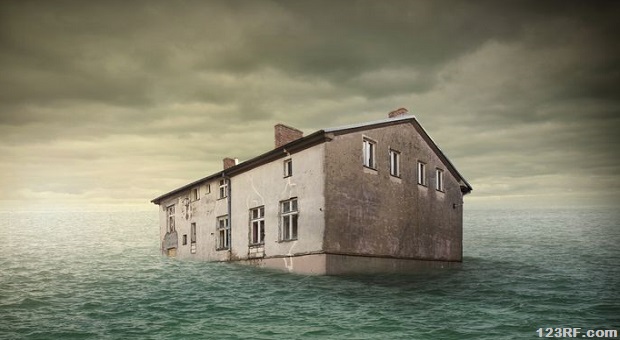 Floods are a recurring natural disaster, frequent in certain areas and extremely costly in terms of human lives and economic loss. According to statistics, almost 90% of the damages caused by natural disasters is due to flooding (droughts were excluded from the statistic).

Now, if you’re watching the news closely, most of the areas in the United States are prone to experiencing “a taste” of flooding, even if not one of epic proportions. Just enough to keep you in check and to remind you that you should be prepared in case of a SHTF scenario.

Just to give you the general idea of how dangerous floods are, in a 10 year period, the US lost an average of 3.7 billion dollars per year in property damages. Even worse, approximately 110 people die every year in floods, generally from flash floods.

If we now have your attention, let us share with you the DOs and DON’Ts when it comes to flooding preparedness.

How Bad Is It?

Generally speaking, floods are caused by prolonged rainfall (several days in a row) or an intense burst of rainfall over a short time period. Also, the melted snow/ice can cause a river to overflow and flood its surroundings.

Not all floods are created equal though; some are way more dangerous than others, because some of them develop slowly, giving you advance warning to prepare, but others can pop-up in a matter of minutes even if it isn’t raining in your area.

Flash floods, the most dangerous form of flooding, can appear within 6 hours of an intense rain event or minutes after a catastrophe such as a dam failure. These are the ones that catch people unaware and cause the most loss of life. Also, because the water is frequently moving rapidly, there is often more structural damage from flash floods.

With flash floods in mind, having an emergency kit ready if you live in a flood plain is very important. An emergency kit should contain essential items, such as your important documents (insurance papers, passport), a radio, a torch, rubber gloves/boots, a first aid kit, non-perishable foods and bottled water.

In addition to having an emergency kit, there are a few other things that we want to tell you TO DO and what to be prepared for in case of flooding:

Now, a short check-list of DON’Ts during a flood:

These are just a few hints and suggestions to help you make it safely through a flood. As with all emergencies, use your head and let common sense prevail. If you don’t know if an area is safe, stay away from it until you know that it is.

If you have any other tips or flooding advice, please feel free to share it with us in the comments section below.