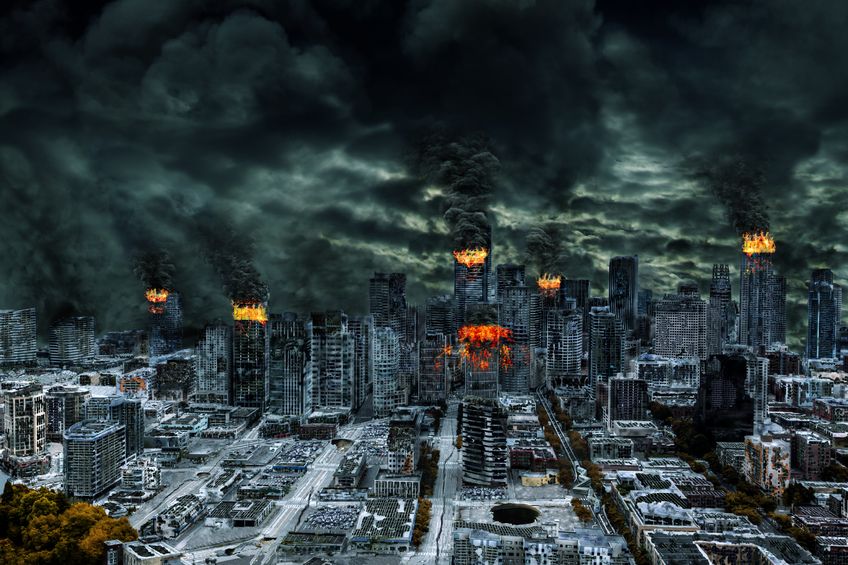 False Myths That Could Ruin Your Prepping Plans

There’s a lot of good information floating around to help people get a start in prepping, but there’s also some that’s not so good.

The hard part for a new prepper is telling the difference between the hype and the good, solid information. What makes it worse is that some things which sound crazy are great and some things that sound logical will get you killed.

But if you’re going to survive, you’ve got to sort through all that information and find the truth. Otherwise, you might find that you’re following a chimera, which will disappear just when you’re ready to grab it. That will probably be right at the moment you have to use it to survive.

Fortunately, while there is always new information coming out, the basic concepts of survival have existed for a long time.

So, when all else fails, you can always go back to the way people did things before all the new-fangled gizmos and gimmicks came along. If people survived without them before, there’s a good chance that you can survive without them too.

Let’s take a moment to look at some of the more common myths that I see cropping up on the internet. I’m going to show you what is wrong with them, so that hopefully you can avoid them in the future.

You Need a Bunker

There are a lot of people building underground bunkers these days. You can either build one yourself or hire a number of different companies that specialize in making them. Some of them are actually quite nice. But, do you really need a bunker? To understand that, we have to go back in history.

The history of bunker building in the United States goes back to World War II. While there may have been a few in existence before then, that’s when they really took off. People living in the northeast built them under their homes or in their backyards as a way of protecting their families from NAZI bombers. While the bombers never came, the bunkers remained.

In the Cold War, those bunkers and others were used as fallout shelters in case of a nuclear holocaust. People would stock them with supplies, so that they could run and hide in them in the case of nuclear war. What they would do when they had to come out, I don’t know; but they’d be protected while they were in there.

Today, the risk of nuclear war or any other bombing by overseas enemies is quite different, and building a bunker to protect from them would be an unaffordable effort. Nor does it make sense to build one to protect from local marauders, as you are totally unprotected in that bunker. Better to have an above-ground shelter that you can fight from.

You Can Make a Bunker Out of a Shipping Container

There are lots of people buying shipping containers with the idea of making an underground bunker out of them.

While I think that shipping containers are great for storing things in, I would never bury one underground. All of the strength in a shipping container is in the corners. The roof and walls are actually rather weak. So, if you bury one, there’s a very good chance that the walls and roof will collapse under the weight of the dirt.

The only way you can use a shipping container as an underground bunker is to strengthen the walls and roof. This can be done by building cement block walls and pouring a cement roof. It can also be done out of pressure-treated wood.

In either case, if you’re going to all that trouble, why use a shipping container? Just build it out of the other materials.

You Can Live off the Land

Living off the land has a lot of appeal to it. We identify with our pioneering ancestors, and how they settled America. The only thing is, that’s a hard way to live. Those ancestors had to spend most of their time just finding food.

That’s why cultivating farms and domesticating animals took over from living off the land. It’s much more efficient, provides larger yields and allows time for other pursuits.

The other problem with living off the land is that there is much less game available today, than what was available during those pioneering days. At the same time, we have a much larger population.

So, while there’s plenty of game to satisfy the hunters every fall, there really isn’t enough to support the majority of the population living off the land.

The Expiration Date on All Canned Goods Is False

This is one of those things that’s partly true. It all depends upon the type of container that is used for canning.

Most plastics are at least partially permeable to air. So, a small amount of oxygen is going to get through the plastic, attacking the food and oxidizing it. While this process is slow and it will take a couple of years for it to happen, it does in fact happen.

So, while you can keep those canned peas for 20 years, that jar of applesauce that’s in a plastic jar won’t keep as long.

A Financial Collapse Will Cause Society to Break Down

For this reason, there are lots of preppers who use this as one of their scenarios that they are prepping for.

While the collapse may be inevitable, societal breakdown isn’t. In fact, there is little to show that there would be any sort of breakdown of society. Historically, it has never happened in any other financial crash. There will be hardship and the middle class will disappear, but society as we know it will still exist.

You’re Better off Bugging Out

A lot of people act like bugging out is the way to go. Their reasoning is that the most dangerous predator we face is home sapiens.

Anywhere there is a large population of these predators congregating will become a dangerous place to be. So, it’s best to get out of cities and other large population areas, just to get away from our fellow humans.

The problem with their thinking is that if you don’t have a prepared, stocked survival retreat to go to, you’re going to have to live off the land. As I’ve already said, that’s not only difficult, but almost impossible.

You Need a Gallon of Water per Day

I’ve heard this one over and over again, written in countless articles and countless books. It’s actually stated a bit differently, saying, “You need a gallon of water per person per day for drinking and cooking.”

Unfortunately, they never go on to talk about the other uses of water.

If you live in a hot climate, such as the southwest, you need to drink more than that, as you can actually sweat out a gallon of water per day. So, the amount of drinking water you need depends on climate; it’s not just a standard. In a cool or temperate climate, a half-gallon of drinking water is sufficient.

But we also need water for cleaning and growing our vegetable gardens. Personal hygiene is an important part of survival too. It won’t do you a bit of good to be well fed, if you’re sick all the time. Better to keep yourself, your clothes, your dishes and your home clean, so that you can stay healthy. Granted, you should conserve water to the extreme in a survival situation, but you will still need it for these activities.

A more accurate figure would be about five gallons per person per day. Of that, only one gallon per person has to be purified so that you can drink it. Water used for washing clothes, bathing and watering the garden doesn’t have to be purified.

An EMP Will Destroy Everything

One of the scariest potential disaster situations we face today is that of an EMP. An EMP exploded high enough over the central part of the country would take out the power grid nationwide, as well as destroying the majority of our electronics, but there would be some things that would survive.

EMPs destroy solid-state electronics, which means they would destroy computers, radios, calculators, television sets and a lot of industrial equipment. But they do not destroy simple electronics, such as switches and motors. So, some things, like appliances, would probably still work, if you could get electricity to them.

With the grid down, that may be difficult, but not impossible. Solar panels are all but untouched by an EMP. While there will be a slight reduction in output, it’s not enough to stop them from functioning.

So, if you have a solar system, with a battery backup and proper protection, you’ll still have power. If you have spares for them in a Faraday cage, you’ll be able to continue producing your own power. Most old cars will probably survive EMP as well.

Of course, the cure for any damaged electronics, whether it is a damaged brain for a car or a damaged DVD player, is to have another one hidden away in a Faraday cage. Then all you have to do is take it out and plug it in.

And, above all, be realistic in your prepping plans, and also when evaluating your skills. Keep in mind that you have weaknesses to suppress, not only strengths to rely on.