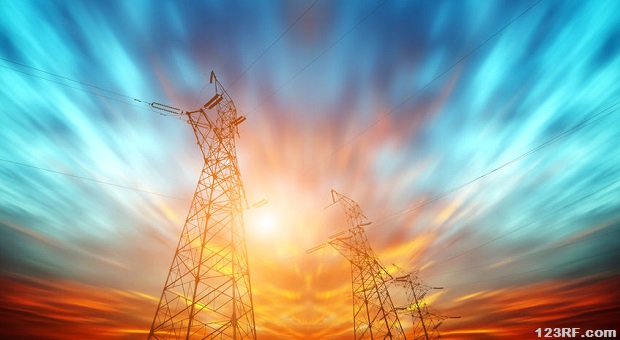 How Vulnerable Is The US Power Grid To EMP?

While the Cold War ended with the demise of the Soviet Union, the threat of nuclear war has never really died. Instead, it has become the leopard who changed its spots. Rather than being the old leopard, who was bent on mass destruction and deaths, this newer version of the leopard is a more selective killer. It doesn’t takes lives, but rather takes away much of the means of supporting life in a modern culture.

This new attack I’m referring to is of course an EMP attack. As the calculus of nuclear warfare has changed, our biggest risks are no longer thousands of missiles hurled across the ocean, but rather one or two select weapons, designed to create the most effective attack possible.

Part of this is due to where the current nuclear risk is coming from. No longer are we trying to stare down the now defunct Soviet Union, but facing off against poorer countries who have a severely limited nuclear arsenal to use.

{adinserter emp}In some cases, we’re not even talking about countries, but merely terrorist groups which can only produce one small nuclear device.

For them to get the most bang for their buck, they have to think in terms of EMP.

However, these new enemies aren’t doing us any favors.

While they might not be able to incinerate whole cities in the blink of an eye, they are able to eliminate one of the most important parts of our infrastructure just that fast.

How Much the U.S. Power Grid Could Handle?

The American Society of Civil Engineers (ASCE) evaluates all aspects of our country’s infrastructure every four years and creates a national report card.

The latest report card was issued in 2013 and gives our overall infrastructure a D+. As part of this, they gave Energy a D+ as well, citing problems with our aging electrical grid, as well as a lack new power plants and refineries coming on line. When we talk about the grid, it’s referring to both the means of producing, as well as distributing electricity across the country. 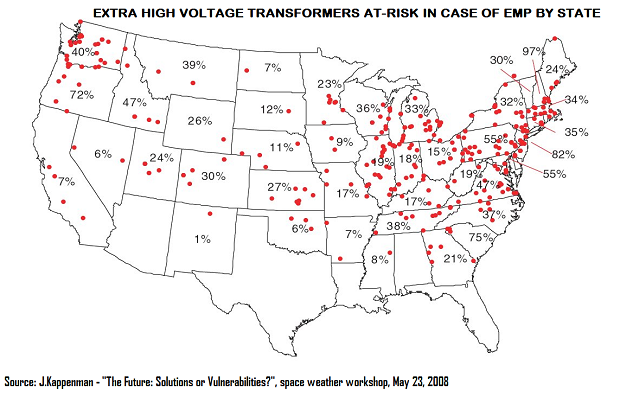 An EMP’s three stage attack will utterly destroy any part of the grid that is within line of sight of the explosion. If that explosion happens to be high enough over the central part of the country, it will wipe out the grid for all but the eastern and western seaboards.

If it goes off over Washington, DC, which would make more sense, it could take out the grid for everyone living east of the Mississippi River. That is our largest population area, as well as holding the nation’s political and financial capitals. Putting those two cities out of business would bring a large part of the country to a standstill.

I call it a three stage attack, because one nuclear blast above the atmosphere actually produces three pulses of energy to attack the grid. Parts of the grid which may survive the first pulse will be weakened by it and could then easily be destroyed by the next pulse.

To most people, this means that the nuclear device must be delivered by a rather sophisticated missile; however, that isn’t true. Scientists have successfully launched balloons which reach 120,000 feet, well into the stratosphere, which puts them about the minimum necessary altitude for an EMP blast. 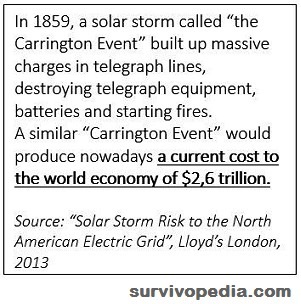 The destruction by such an attack would go far beyond our grid.

The electromagnetic pulse would also destroy pretty much all electronics, from radios to computers.

About the only electronic devices which wouldn’t be destroyed would be simple devices (like electronics with very short conductor lengths), if they are turned off and unplugged when EMP strikes.

Of course, without electrical power, they would be useless.

The effects of the EMP would decimate our society’s ability to function at all levels; industry, commerce, education and the government.

The only things which would still be functional would be some government and military computers which are in electronically hardened shelters.

In such a circumstance, it would be unreasonable to expect that the government would be able to provide disaster relief and assistance. The computers and systems which government agencies depend upon would be out of order.

This wouldn’t just affect the government, but businesses of all types. It would be as if the country was instantly thrown back 100 years, without any time to prepare to live in that way. All the data stored in our computers, which we all depend upon, would be inaccessible.

While the government has been giving the effects of an EMP attack considerable study, they have not yet begun to implement the necessary changes which would allow us to live through the EMP with minimal impact upon the government, let alone society. So if an EMP were to occur, the results would be devastating.

Experts agree that recovery would take one year to build and replace all the damaged equipment. Of course, the damage may make it take even longer than that, as the companies which would need to build the equipment may not be open for business.

One serious concern is that if the recovery couldn’t be accomplished fast enough, or it might never happen.

The longer we would be forced to go without our electronic systems functioning, the more of it would deteriorate to the point of no longer being repairable.

This article was written by Bill White for Survivopedia.