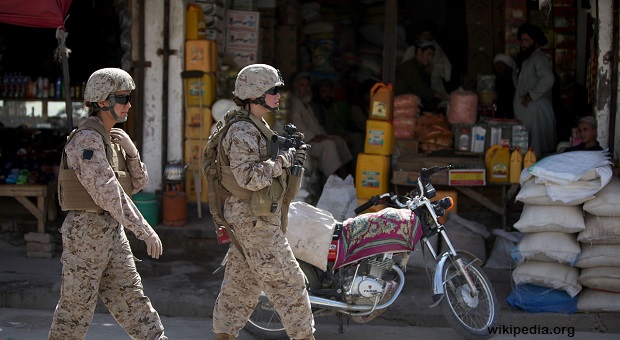 Drafting Women To The Army?

Trigger warning: If any liberals happen to stumble in here and read this, I warn you, you will be offended and call me every name in the book. I’m coming against your sacred cows here and you’ll be convinced that I’m a male chauvinist pig and a Neanderthal to boot.

Under President Obama, the US military has change drastically. Originally established to protect our country from foreign enemies, the current liberal administration has been working overtime to change the role of the five branches of the military from war fighting and defense, to becoming a combination social experiment and an official Peace Corps.

Of course, this goes hand-in-hand with Obama’s lack of guts, at least when it comes to dealing with our enemies. He seems to have plenty of moxie when it comes to berating his political enemies and the American public in general.

But when it comes to confronting our enemies, his most common move is to bow down to them. Then he comes back home and brags about the “great victory” he’s had.

It seems that every liberal idea is being pushed on our military forces, at the same time that they are being denied the funds and resources they need to train for and complete their basic mission of protecting the country.

A large part of this has been in forcing the military to give preference to illegal aliens, Muslims and transgenders.

Another group which has gained a huge favorable standing in the military is women. Since the time of World War II, the military has slowly been allowing women a larger and larger role in the military, kicking and screaming in protest all the way. Recently, the last barrier was breached by women’s libbers, in the name of equality. Now, women are allowed to occupy all military positions, including all combat positions.

While that may be the law and it may be military regulation, I’m not convinced that it’s a good idea. There are two basic problems with women in a the military in general and combat units in particular.

The first is the risk of abuse for the women themselves. Placing women in a traditionally all-male environment opens them up to attack. While I can’t and won’t condone rape, men who are trained for aggressiveness, as is necessary for combat operations, may not treat women the way they deserve to be treated.

The other problem is even more fundamental, if that’s possible. That is that by and large women are not as physically strong as men.

In my opinion, while there are exceptions to this, by and large women don’t have the muscle mass that men do, not even women who are weight lifters.

This affects their ability to complete their role in combat positions. As those positions were created with men in mind, everything about them, from the weight of the backpacks soldiers carry to the size of the weapons they use, is based on male anatomy.

It will take years before the need for equipment designed for women is fully realized, that equipment is developed and it is issued to those who need it.

In the mean time, many physical standards have been lowered to allow women to compete in what has previously been an all-male world. I don’t have the specifics, and they vary by branch of service and military occupational specialty (MOS), but in many cases, the standards by which women are graded is different than those for their male counterparts. Since they have less physical strength, they aren’t being expected to do as much.

While that may sound “fair” and “non-discriminatory” to those on the left, it’s actually giving favoritism to women. But then, most of the measures the left undertakes to make things “fair” actually give preferential treatment to whichever group they say is being discriminated against.

In tests run by the military, units which contain women have failed to perform at the same levels as those which are all-male. What this means is that in the name of being “fair” to women in the military and allowing them into the combat arms, the military is putting every man who serves with those women, as well as the women themselves, at greater risk.

How is that fair?

As per usual in the liberal world, “fair” means taking something away from one person, to give it to another. But in this case, the something that they are taking away could very well be someone’s life. That will never be admitted and it will never be stated in any official report, but if a combat unit is less effective with women in it, then it only stands to reason that said unit will see a greater number of casualties.

But now, the insanity is going a step further. In a recent vote on an amendment to the Defense Policy Bill, a House Committee narrowly passed a measure to require that women register for the draft.

While there are still a number of steps for this bill to pass, before it becomes law, this step is the first critical one along that road. If the bill that it is connected to continues moving forward successfully, as it must, we may well see women registering for the draft in the near future.

Before I go any farther, let me say that the military draft has not been in operation since 1973. Since then, our country’s military ranks have been filled by volunteers. But registration for the draft was restarted under President Carter’s administration.

So requiring women to register for the draft doesn’t mean that they will be drafted anytime in the near future. But if there’s one thing true about the government, it’s that if anything can be turned to bad, it will be. If the draft is expanded to include women, then there will come a day when women are drafted against their free will, just as men have been in the past.

Regardless of what liberals, feminists and all the other activists who are pushing for this say, there are many basic differences between men and women; more so than what plumbing fixtures we use in the bathroom. Amongst these differences is that women aren’t born with the aggressive violent nature that men are.

When women attack, I guess their first weapon of choice is words, not fists, knives or guns. While women will take up arms in the defense of their children, it is against their nature to take up arms for other means. Yet according to the left, there is no difference between men and women. I guess they need to go back and take high school biology over again. They obviously didn’t pass it the first time.

Yes, there are women who can function in the combat arms. I have no doubt of that. Some women have more of the masculine traits than others do. That’s objective reality. But that doesn’t mean that all women can do so. There are men who have trouble functioning in war, what makes anyone think that women will be able to do so? 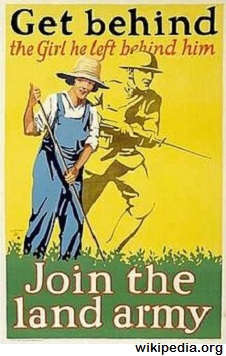 Nor does a peacetime test truly determine how well women will operate in combat.

Once again, some women would function well, but I seriously doubt that the majority of women would. Drafting women into the military to fill the ranks of the infantry could be disastrous.

I can’t imagine my wife or my daughters in uniform, let alone in a combat unit. While all three know how to shoot and my wife even has a concealed carry license, that doesn’t make her a soldier. If she ever had to draw her gun to protect herself, I’m quite sure she’d be terrified. Hopefully the sight of her with the gun in her hand will cause the bad guys to run off, because I’m not sure she would remember to pull the trigger.

But there’s a much deeper problem with women in the combat arms. Historically, men have gone off to war, while women have kept the home fires burning. There’s a reason for that; that’s because women are more naturally geared towards nurturing children than men are. Men go to war, because they have been given that aggressive/violent nature in order to protect their families.

So if women go off to war, who’s going to take care of the children? Even if they put regulations in place, preventing both parents from being shipped off to war, what’s to say that a national emergency won’t force some future president to countermand that regulation?

Should that happen, we might see a future generation of Americans who largely grow up as orphans. Enough studies have been done, which show the importance of both parents to a child’s upbringing, that we can be sure that such an event would be devastating to the country at large. Even if we were to win such a war, we would lose so much, as to quite possibly negate the effect of that win.