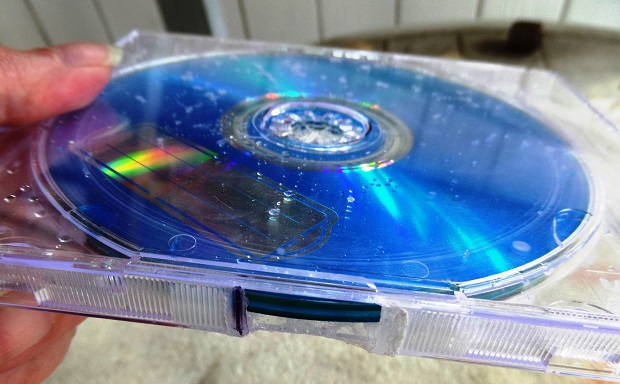 Today’s article is about an almost extinct technology, the dinosaur of today’s modern digital media. Yes indeed, the good ole compact disc is near the end of its life cycle because it’s been almost completely replaced by USB drives, flash sticks and things of that higher-tech nature.

But what can we do with the zillions of CDs already in existence? Throw them away in the garbage can?

That’s not what a super-prepper would do; au contraire, waste is not cool in my book, as I’m all about recycling when it makes sense and repurpose as much as possible. Hence, today’s piece will present you with a few ideas about how to re-purpose your old CD collection. 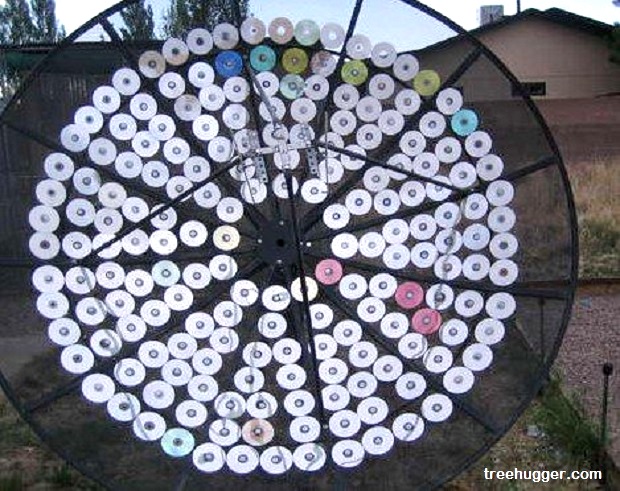 Are you ready? Let’s start with…

1. How to make a solar panel

It sounds relatively implausible, I know. I mean, how on earth can you build a solar panel using shiny old plastic disks? Well, this is not a “real” solar panel, but it makes good use of the CD’s reflective surface for creating a solar heating panel. It’s a very simple and efficient project that even your kids could finish in a couple of hours.

You probably already have the gear, so let’s move it along.

Directions: The first step is to measure the width and the length of your window. Use your utility knife to cut a piece of cardboard using those measurements and adding four inches to the previous window measurements – add8 inches extra for the width and 8 inches extra for the length. For example, a 20 inch by 30 inch window will require a cardboard piece of 2 inches by 38 inches.

Next, use the black spray paint on the cardboard piece, and paint one side completely black (black is excellent for its heat retention capability). Let the paint dry completely and if necessary, add one more paint coating for best results.

In the next step, you’ll have to form a box from the cardboard piece, by cutting a four inch square from each of its corners, then bending the sides of the cardboard in such a way that the corners meet i.e. making for a box with the black painted side inside. Now you must use the masking tape for taping up the corners.

The CDs are now ready to be put inside the box in rows with the shiny metal side out. Make sure the rows are as even as humanly possible. You’ll have some wiggle room left, but that’s not a problem. Just make sure that the bottom row of CDs touches the bottom side of the cardboard box, and the same story goes for the top row – it should touch the top of the cardboard box.

Next, use a pencil for tracing the center holes of the CD rows (both top and bottom), then remove them and using your utility knife, cut the holes out. Next, you’ll glue the CDs with super glue over the holes. After that, you’ll glue down the rest of the CDs, but remember to leave a tiny space below the top and above the bottom row. Also, allow for some space below and above the center row.

The final step is to cut a piece of plastic drop cloth, three inches longer/wider than your cardboard box then stretch it over the top, gluing it well over the sides,  making it as airtight as you can. Let the glue dry overnight, then make 2 holes in the upper corners of your cardboard box and introduce S hooks in each hole.

Now you can hang the solar thermal panel on your window, preferably on a south-facing one for best results, and benefit from free heat.

The Tesla turbine is very different from regular ones, as it uses just disks, working on the boundary layer effect principle. For this DIY project, you’ll require

Obviously, this is a beginner project and functions on garden-hose pressure. However, the same idea/design can be used with an air compressor. It’s extremely versatile and useful.

The CD turbine project comes with a unique design which doesn’t require bearings, seals, or a moving shaft; it’s almost frictionless. This particular design can run on either air or water pressure, mainly for fun purposes.

The tools needed for the job are a utility knife, a glue gun, sand paper and a dremel tool if you have one (optional). Here’s a video tutorial or read this Survivopedia article for detailed instructions for this project.

Too much high tech for today? Let’s see about how to build a secret safe using old CDs, and keep it simple folks!

Check out this cool video tutorial. I find it very interesting – I mean a stash of old CDs transformed into a secret safe for your money and valuables? Pretty smart, don’t you think?

The next project is even easier and more fun, as it involves using CDs for pest control, and I don’t mean playing your favorite CD from a boom box to scare the crows out of the field (though that might work, too).

The idea is to hang old CDs from a fishing lane around the perimeter you want to secure from pests, and as the wind blows, they move. Their random movement, together with the prism effect, will (hopefully) scare the garden-gobbling birds away from your property.

Now, let’s see about how to make a lamp from recycled CDs in just 2 minutes with absolutely no tools required. If you still own stacks and stacks of unused CDs lying around your room (like your truly, I just can’t let them go), why not put them to good use?

The easiest and smartest way for DIYing a lamp using old CDs is to slide a source of light down the middle of the CD stack. Pure genius, right?

The problem is that you’ll have a hard time finding a fluorescent tube thin enough to fit that tiny hole, so you’ll have to buy under cabinet LED lights, as they come in thin strips that will perfectly fit the core of the CD stack.

Also LED lighting doesn’t produce much heat like regular bulbs or fluorescent ones, hence you’re in no danger of setting your house on fire. Here’s a video tutorial, enjoy.

The CD repurposing adventure stops here, with an interesting video that depicts even more uses for old CDs, such as turning them into USB-powered fans or even a clock.

I hope the article helped and you’ll have tons of fun tinkering around with your old CD collection.

If you have questions or comments, don’t hesitate to use the dedicated section below. And if you are in the mood for DIYing something bigger, click on the banner below to find out how to build the ultimate survival shelter on a budget! Good luck, have fun folks!