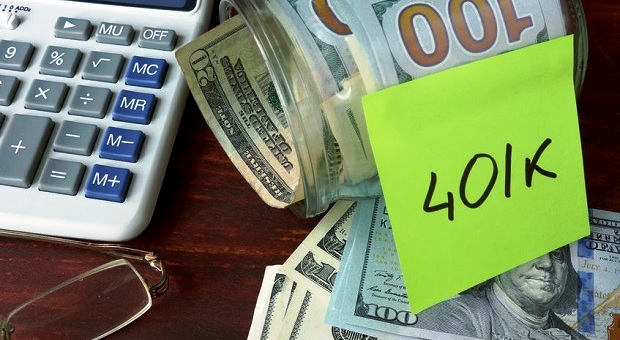 Could the Government Seize Your 401(k) Or IRA Money?

Is it far-fetched to wonder if the government could take control of your retirement savings in 401(k)s and IRAs? Or is that just a paranoid conspiracy theory?

The fact of the matter is that it’s not far-fetched, or a conspiracy theory. The groundwork has already been laid.

And the government already gave banks the green light to seize your bank accounts, as I’ll demonstrate in a moment.

The Government Has BIG Plans for Your Retirement Savings

An article in American Thinker titled “The Feds Want Your Retirement Accounts” revealed that, “Quietly, behind the scenes, the groundwork is being laid for federal government confiscation of tax-deferred retirement accounts. Slowly the cat is being let out of the bag.”

And Bloomberg reported that, “The U.S. Consumer Financial Protection Bureau is weighing whether it should take a role in helping Americans manage the $19.4 trillion they’ve put into retirement savings.”

For the past 18 months, the Treasury Department has been testing the “myRA” program – which Obama created through executive order – no Congressional approval needed. The myRA, which stands for “My Retirement Account” supposedly “guarantees a decent return with no risk of loss.”

And the only investment allowed in this account is a low-yielding Treasury security.

Of course, the Treasury wants to get more people signed up for this program, because it means more funds flowing right back into the U.S. Treasury to help the government meet its voracious borrowing needs. How convenient…

The Obama administration has also floated budget proposals that would limit how much you can accumulate in IRAs, 401(k)s and other qualified plans. The government’s rationale: “Some individuals are able to accumulate… more than is needed to fund reasonable levels of retirement saving.”

So Now the Government Is Even Trying to Tell Us How Much Money Is “Too Much”!

Why are government-approved retirement plans such an attractive target for government control and ownership? For the same reason notorious hold-up man Willie Sutton gave when he was asked why he robbed banks: “That’s where the money is.”

Because the government created these plans, they know where your money is and how much you have there. And nobody knows what the next administration has planned for us.

Few people I’ve talked to are aware that the 2010 Dodd Frank Act ensured that financial institutions will not be bailed out by taxpayer dollars in the next crisis. Instead, they will be “bailed in” by shareholders and anyone unlucky enough to have deposits in those banks.

The bottom line is that the next time your bank fails, you become a shareholder, NOT a depositor – and your deposited money will be used to save the bank. Your money won’t be insured by the FDIC then, either.

So How Can You Protect Yourself and Your Hard-Earned Savings?

The solution is to keep very little money in the banks – only enough to pay for current expenses.

All excess cash flow should be swept into an alternate savings vehicle that gives you safety, privacy and control of the money you put in it. (Yes, these vehicles do exist, but you won’t hear about them from Wall Street or the government.)

Because once you put your money into those plans, the government controls it, not you! And the government can – and does – change the rules and restrictions anytime they want. And you have no recourse.

There’s no telling what politicians may be scared or intimidated into doing in the next financial crisis.

Video first seen on Bank on Yourself.

Is Your Money Frozen in Your Retirement Plan?

One of the biggest problems with government-controlled retirement plans is the total lack of liquidity. The money you’ve socked away in your conventional retirement plan is about as solidly frozen as the iceberg that sank the Titanic!

Here’s the critical question: How quickly and easily can you get your hands on all the money in your retirement account if you need it before age 59½? We all know life happens. Cars break down. Roofs need replacing. A tough medical diagnosis can create mountains of unexpected bills to pay.

Every year many participants in employer-sponsored government-controlled retirement plans make early withdrawals for a number of reasons. And every year, the IRS collects penalties related to those early withdrawals – $5.7 billion dollars in one recent year alone!

If you withdraw money early from your government-controlled retirement fund, not only will you have to pay taxes on money you withdraw, you’re going to pay penalties, too.

And remember that if it’s really an emergency and you absolutely must get the money immediately, you’ll get hit with a double whammy. First, you’ll have to sell the very investments you were counting on for growth. And to make matters worse, if markets are down when you sell, you’ll have to bite the bullet and take a loss.

Not all plans permit borrowing, but if yours does, there are strict government-imposed limits on how much you can borrow, how long you can borrow it for, and how you must pay back the loan.

And if you lose your job or leave your company for any reason – and you’ve not yet reached the magic age of 59½ – you need to pay your loan back in full and with interest within sixty days. If you don’t, you’ll be forced to pay income taxes on all the money you borrowed plus a 10% penalty.

Wait! Isn’t This Your Money We’re Talking About?

Forget about the potential penalties and taxes for a moment. The New York Times reported that a 35-year-old with a $20,000 plan balance who takes out two loans in fifteen years ends up with about $38,000 less at age 65 than someone who never borrows – even if they repay the loans on schedule and without penalty.

It’s even worse if you default on your loan. None of us plans to default on a loan. Yet at least 75% of workers who have an outstanding loan when they leave their jobs end up defaulting and getting stuck paying penalties and taxes. That is most workers!

For most Americans, the vast majority of their assets (other than their homes) is tied up in their retirement plan. But because of all the restrictions and penalties, you really should consider your government-controlled retirement fund a non-liquid “frozen” asset that you absolutely should not touch until age 59½.

Pamela Yellen is a financial security expert and consumer advocate who has investigated more than 450 different financial products and strategies searching for safe alternatives to the risk and volatility of traditional investments. She is the author of two New York Times best-selling books, including her latest, The Bank On Yourself Revolution: Fire Your Banker, Bypass Wall Street, and Take Control of Your Own Financial Future. Pamela has appeared as a source on every major TV and radio network and in thousands of major publications and websites, including Fox News, NewsMax, Bloomberg, the Associated Press and Entrepreneur.